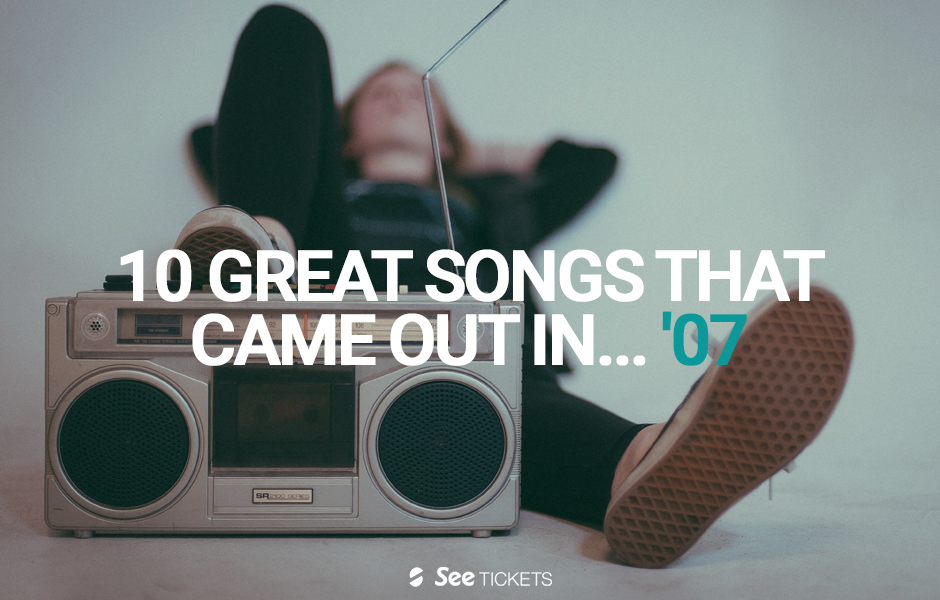 It was hard to go anywhere in 2007 without hearing 'Golden Skans' blasting out from the speakers. NME voted the song as the best single of the year, and the album that it featured on, 'Myths of the New Future', won The Mercury Prize for best album the same year.

The album that spawned the song, 'Minutes To Midnight',  went to number one in 28 of the countries in which it was released.

'Paper Planes' is the eleventh track on M.I.A.'s second album, 'Kala' and was the singer-songwriters breakthrough song with huge commercial success. After the song was released it was also featured in Danny Boyle's exceptional 2008 film, 'Slumdog Millionaire'.

LCD Soundsystem - "All my friends"

Even though this song had success, (it was picked by journalists of both Mojo magazine and the Pitchfork Media music site as the best track of 2007), LCD Soundsystem never made a video for it.

It is the opening track on their second album, 'Favourite Worst Nightmare' and is a noticeable change of sound from their previous offerings. The track is featured in the video game Guitar Hero 5.

'Stronger' was a top ten single in ten countries and topped the charts in the UK upon its release. It also won a Grammy Award for 'Best Rap Solo Performance' at the 50th Grammy Awards. The song has also been praised for the revival of disco and electro-infused music and has encouraged other hip-hop artists to incorporate house and electronica elements into their music.

'Thnks fr th Mmrs' is one of the bands most recognised singles, peaking at number 12 in the UK singles chart. Fun fact: Kim Kardashian even features in the video!

'The Pretender' was the first single from the group's 2007 album 'Echoes, Silence, Patience & Grace'. Frontman Dave Grohl revealed in an interview with XFM that they put this song together in just one day!

"1234" is a song from Feist's third studio album, The Reminder. Her biggest single to date, '1234' from the singers third album is the only song to chart the UK Top 40. The song was digitally released through the iTunes Store and gained popularity through its use in an iPod nano commercial.