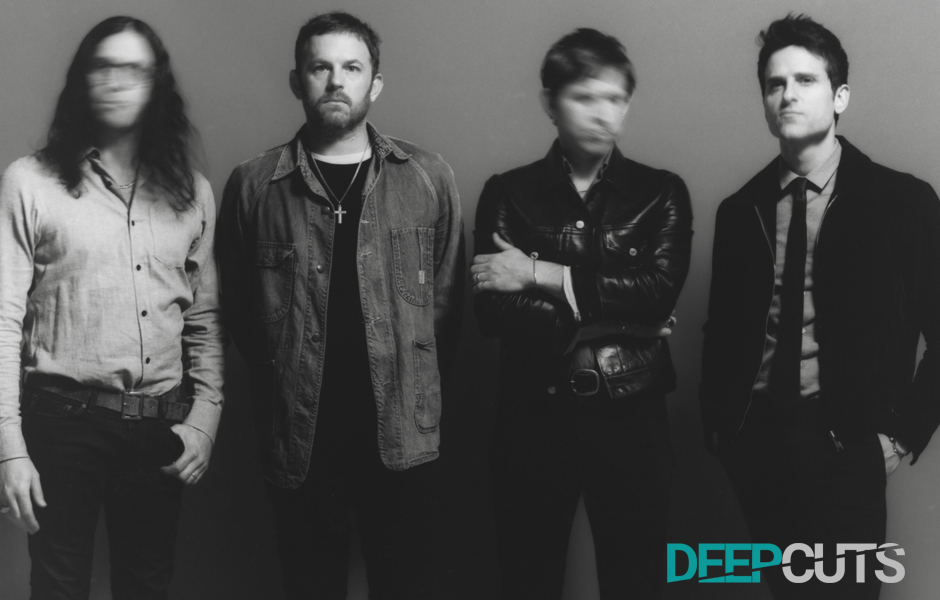 This month our Deep Cuts series looks at the indie rockers Kings Of Leon. Although you may be more familiar with their more recent and anthemic songs ('Sex on Fire' anyone?), the band has evolved their sound massively since they first got together back in 1999. From the bluesy Southern rock sound that you can hear in their first few albums, to the more alternative and pop offerings in their other work, Kings of Leon have a huge collection of music that spans their seven studio albums.

Today we are going to have a look (and a listen) at some of their lesser known tracks and if you feel like it, grab tickets to their Leeds or Newcastle show below.

"This thumbnail sized heart is black as coal"... Taken from their 2007 album, 'Because Of The Times', 'Black Thumbnail' is a song about living a fast-paced life and leaving everything and everyone behind.

'California Waiting' is the fourth single from the band's debut album, 'Youth & Young Manhood' which was originally recorded for their debut EP 'Holy Roller Novocaine'. It's a song full of energy and got the attention of RCA Records' A&R exec Steve Ralbovsky back in 2002 when they performed it in front of him; he told Rolling Stone that "after Kings of Leon sang some country tunes, the real zinger moment was the first chorus of 'California Waiting.'"

"In West Virginia oh no, married to the preacher oh no, why's she always looking at me". 'Charmer', the third single released from the bands 2007 album, 'Because of the Times' is based on real life events which sees lead singer Caleb Followill resisting the charms of a preachers wife. Although the song only reached number 85 on the UK singles chart, we think it's one of their most underrated songs!

'Joe's Head' is a song that the band adapted from an old folk song which is about somebody's girlfriend messing around on them with someone else, and the man gets revenge by killing them both...yikes!

'Cold Desert' is the last track on their album 'Only By The Night' in which Caleb Followill said on the band's website that the song is "about a man at the end of his rope who picks himself back up." Listen and get ready to feel emotional...