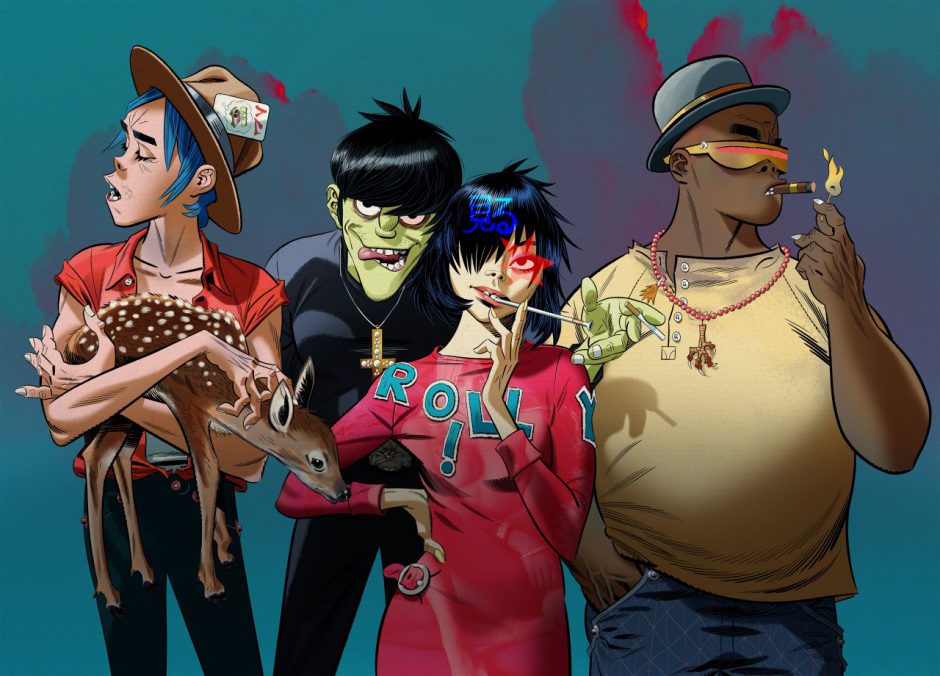 They're widely adored, critically heralded, and have been a staple of the British music scene since the late 90s. Gorillaz is no doubt a household name. As world's biggest virtual band - and the brainchild of Blur's Damon Albarn, comic creator Jamie Hewlett, and drummer/record producer Remi Kabaka Jr. - Gorillaz rapidly went global. To this day, they are one of the most iconic music outfits to come from the last 30 years. That's why we've chosen them as our Artist of the Month.

The virtual band was created as a response to the popularity of so-called "manufactured" boy-bands of the mid-to-late-noughties. While their first EP under the guise of 'Gorillaz' didn't materialise until the year 2000, Albarn considers their first song to be Blur's 1997 single 'On Your Own', taken from their self-titled fifth album.

Gorillaz was a wild departure from the well-known Britpop and indie sounds Albarn had previously produced with Blur. But, it was a welcome departure nonetheless. Their debut single 'Clint Eastwood' peaked at number four in the Official UK Album Chart. The self-titled debut album from which it came charted even higher, at number three. As a result of this early success, whatever direction Gorillaz were heading in, it was sure to be an upward trajectory.

Nineteen years since their debut album, and Gorillaz now have an envied and impressive back catalogue. There are seven studio albums to their name - the most recent being 'Song Machine, Season One: Strange Timez', which was released in October of this year. Each single, referred to by the band as an 'episode', features a different artist ranging from The Cure's Robert Smith to Elton John, Beck to Slowthai.

An amalgamation of the band's unique vision, and the talent of some of the most highly regarded contemporary musicians, 'Song Machine, Season One: Strange Timez' is a perfect encapsulation of a 20-year career from one of Britain's most successful and praised electronic groups.

Where Can I See Gorillaz Live?

Don't miss your opportunity to see the band in a rare live setting. They bring their world tour to the UK in 2021. Gorillaz will be performing at London's The O2 arena on Wednesday 11th August. Grab a ticket now, you won't want to miss this show!

And if you can't wait 'til then, Gorillaz will be performing their brand new album live straight in your living room this December with a very special livestream performance. Book now!