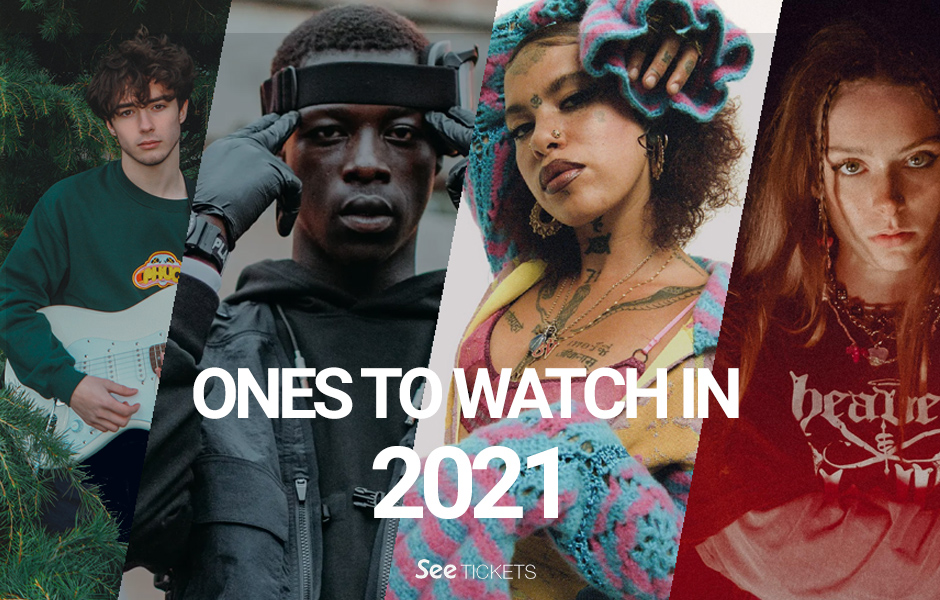 Our 'Ones to Watch' list for 2021 is a roundup of some of the best emerging artists and talent we can look forward to seeing live this year.  From indie to rap and everything in between, this talented bunch will be bringing big things this year...

Amongst the list of talent on BBC'S Sound of 2021 is Alfie Templeman. The DIY musician and producer is only 17 years young and has already released seven EP's, his latest 'Happiness in Liquid Form' which reached 22 in the UK charts.

The R&B artist was our Artist Spotlight last November with good reason. The rising London born star takes you on a journey with her honest lyrics and heavy psychedelic sounds, taking influence from the likes of Lauryn Hill and Lily Allen.

The Lincolnshire born singer-songwriter has had over 40 million streams, performed on Jimmy Kimmel Live, sang alongside Lewis Capaldi, been named Apple Music's Up Next Artist and has previously sold out her UK tour. Grab tickets to her 2021 tour while you can.

The indie four-piece from Wigan have recently been featured on The Guardian's 'One to Watch' list and NME's list of the emerging artists that should be on your radar in 2021. They've also just released the video for their latest single 'Foolish Parley', check it out below...

Marie Ulven, aka Girl In Red is the Norweigen singer-songwriter creating DIY 'bedroom pop' anthems about romance and mental health. The singer made it onto BBC's Sound of 2021 and "is the most prominent name on the list, with seven million fans playing her lo-fi tales of teenage angst on Spotify every month."

Pala Salieu is a Gambian-British rapper from Coventry who's debut single 'Frontline' was the most played track of 2020 on BBC 1Xtra. Grab tickets to his May 2021 tour here.

JOESEF's music was so highly anticipated that his first gig sold out before he had even released a single song. NME  said of the artist:  "Joesef is the musical equivalent of the BBC series Normal People, a deep dive into the euphoria and mourning of your first love."