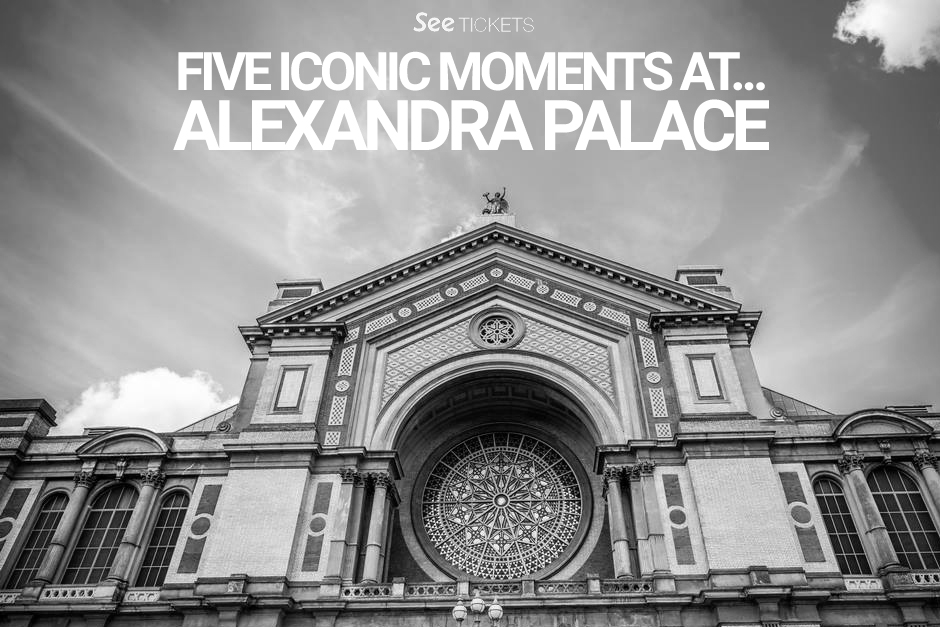 Alexandra Palace is steeped in history and has been an iconic London landmark since Queen Victoria was in reign. The 10,000 capacity venue has been used for a variety of different events since it was built and has a music heritage to boast about. Below are just five of the many iconic moments that have happened at Ally Pally...

In 1967 a benefit party for the underground newspaper 'International Times' was held at Alexandra Palace named 'The 14 Hour Technicolor Dream'. The all-night event featured performances from poets, artists and musicians including Yoko Ono and Pink Floyd.

In the same year that the band released their single 'Crazy Little Thing Called Love', Queen performed live at Ally Pally during their 'Crazy Tour of London' shows.

It's hard to imagine now, but in 1989 The Stone Roses had only just released their immediately successful self-titled debut album.  During the same year, the band played their first ever London gig at Alexandra Palace at the height of the 'Madchester' craze.

In the early nineties, the Brit Awards began a three-year residency at the iconic Alexandra Palace.  Performances include Take That, Pet Shop Boys, Elton John and Madonna!

In 2009 Jay Z performed to a sold-out gig and was joined by Mr Hudson where the pair used the crowd to record part of the video for his massive hit 'Young Forever'.

2020 was tough and Alexandra Palace's future is at stake. Your support can help them maintain and repair the Palace, care for the Park and more by making a donation today. Your support is more important than ever.