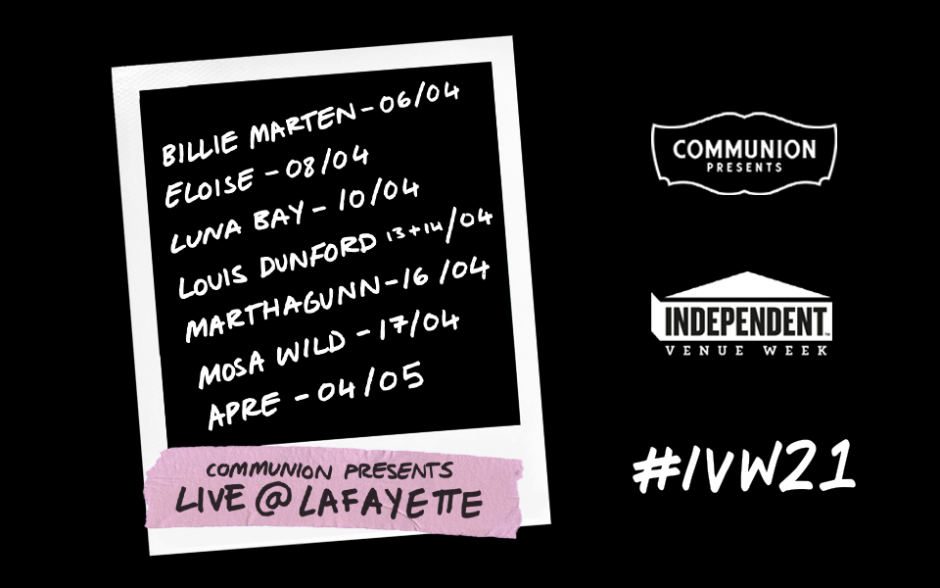 As part of our Independent Venue Week 2021 series, we've joined forces with new London venue Lafayette to remember the moments that make independent venues such a sacred part of UK live music. Despite having to delay their much-awaited Independent Venue Week shows, Lafayette still want to celebrate these immensely important spaces. So, they've invited some of the artists who were set to take the stage this week to share some of their most memorable moments from these vital spaces. 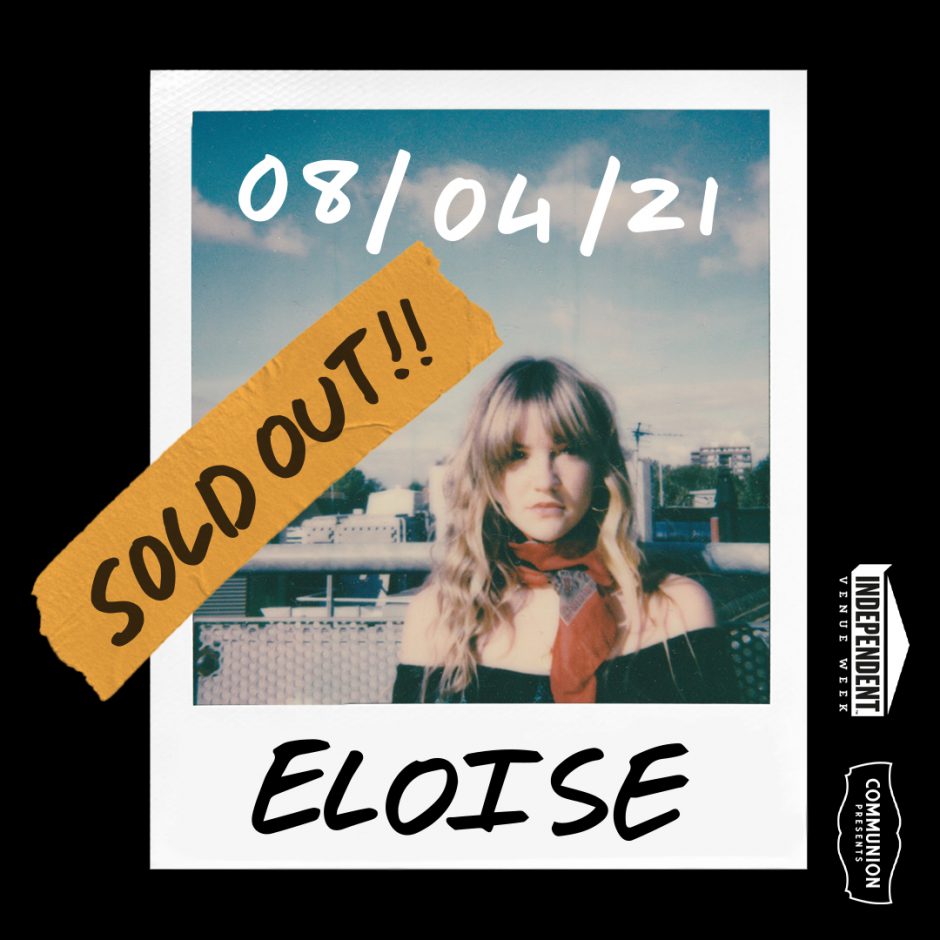 "I was 17 and it was the first time in my life that I really felt the excitement of being an almost independent young adult in London. I was living with a friend and going to music school and pretending to be a grown up and it was fabulous.

One day, while listening to music on my way home from college, I came across a song that came on shuffle that I hadn’t heard, or at least I hadn’t noticed until then. It was 'Easily' by Bruno Major and it was perfect. I then got lost in his world and found a song that I still think is one of my favourite songs of all time called 'Second Time'. I instantly covered it and uploaded it to Instagram and within a day, Bruno reached out to invite me to his gig he had coming up at Zigfrid Von Underbelly. As fate would have it, I had already bought tickets for that gig, but I played it off as though I had to clear my schedule.

I showed up embarrassingly early from school with my little guitar and when Bruno and the band began to play, I went to another world. There, singing and playing jazz guitar, was my musical twin. It’s one of the only times I’ve ever felt so transported. He then called me up on stage to sing 'Second Time' and we did. And so, on the 26th of May 2017, my life changed completely. We've worked closely together ever since and not a day goes by that I don't think about it. That magical night with the perfect magical song in that gorgeous venue."

Tickets to all the rescheduled, socially distanced Independent Venue Week shows at Lafayette are available here. 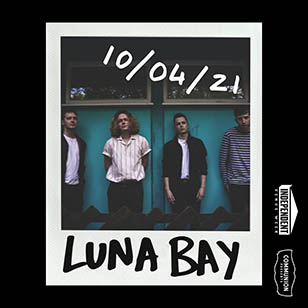 "I had just got to the end of my 1st term of third year and my mate Rob told me about Normandie playing in Camden which is where we’d end up usually to search out gigs. We had both wanted to see this band for ages after their album 'Inguz' dropped, 'Collide' being the first song we’d ever heard by them. What made it even better was William Ryan Key from Yellowcard was the support, who we had grown up listening to so were absolutely buzzing for the whole thing.

Our band Luna Bay had played a gig at Boston Music Room just over a month before, it had a sort of school hall vibe but with a bar in it. When we arrived we bumped into our friend Mel, who happens to be really good friends with Normandie as they knew each other from Sweden. The next thing we knew the band came storming out with banger after banger, and sounded exactly like the record me and Rob had been listening to for so long but with so much energy. The crowd kicked off from the start and we moshed and sang during the whole set. They ended with ‘Collide’ and the vocalist Philip Strand hit every note so perfectly but was still jumping around the stage, controlling the crowd at the same time. It was something really special to watch and so inspiring to learn from. We had our headline show in Camden Assembly four days later, and everything I saw that night I was even more determined to bring the same energy to our gig the way Normandie did. " 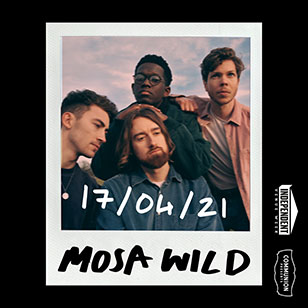 "Sometimes the energy in a small venue is hard to beat and as a band we have had some of our favourite shows in them. Memories of us cramming as many people as we could physically fit into a dark, sweaty, Waiting Room springs to mind. A few years back we saw Leif Vollebekk in The Hope and Ruin in Brighton and it was such a memorable gig. There’s something about being so close to an act that brings a whole new experience to a live show. Leif blew everyone away that night, we all left feeling like we had been a part of something very special. We got to hang out with him after the show and chat a little, what a lovely guy! We’ve linked you to Leif’s track "Telluride" which was our favourite song from that show." 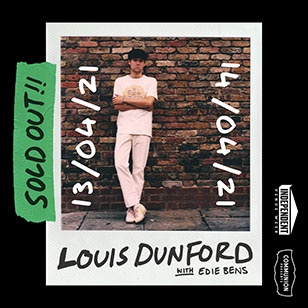 "Me and my mates Alfie and Jake were die-hard Libertines fans so when Pete Doherty announced an acoustic gig at Nambucca on Holloway Road, a small venue just a stone's throw away from where we live in The Angel, we were first in line.

To be quite honest the clearest memory I have of the gig is of the three of us sharing a Domino's pizza and a half bottle of Glens vodka in the queue to get in.

I remember the cheer as Pete walked on stage and the cheer as he walked off, the time in between is just a haze of euphoric carnage with my mates, which I think is the ultimate sign of a good gig.

My last memory of that night is a drunken conversation in the kitchen with my mum where I told her that I was gonna abandon looking for a band and stop trying to force guitars into my mates hands and just write songs on my own.

I'd seen a hero in the flesh tonight and he held a room full of strangers in the palm of his hands armed just with an acoustic guitar and his voice - I wanted to do the same thing."

Tickets to all the rescheduled, socially distanced Independent Venue Week show at Lafayette are available here. 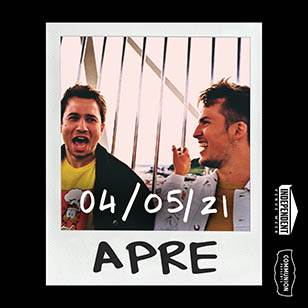 "One of the shows that stands out over the last few years was seeing Flyte at Village Underground in November 2019. We were in the middle of a three month tour all around Europe and I had a single night off in London which happened to fall on the date of this gig thank the gods! It was the only headline show Flyte were doing that year and I had been a fan for many years previous.

Village underground as a venue also holds many warm memories for me, as our manager's first office was actually aboard one of the tube trains on Village Underground's roof. We have had many a red wine fuelled evening, peering through a window in the roof watching whoever might be playing Village Underground that night.

The Flyte gig was special, you could tell it was mostly friends and family but with a pile of new unheard songs, some guest vocalists from The Staves and some great craft beer within Village Underground itself, it was banging. This is one of those venues where you play just as you are about to hit it big, so I always get some excitement walking into this beautifully dingy club." 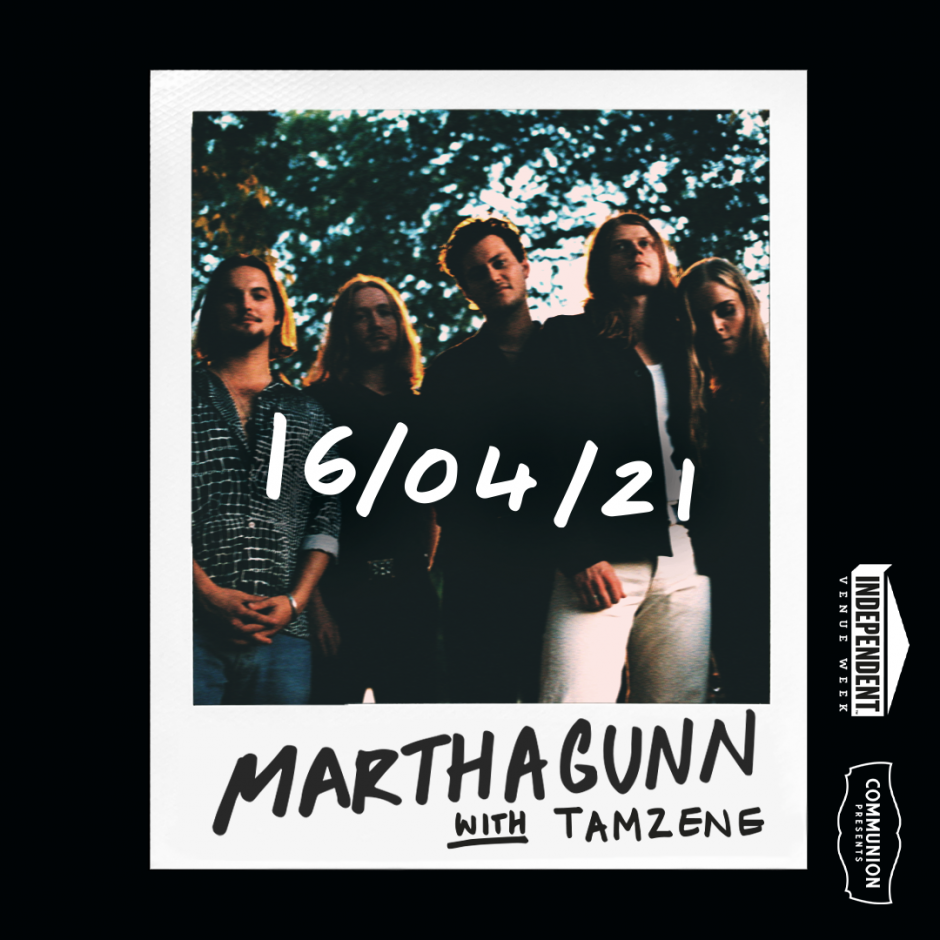 "We were on an adventure in Germany, having just finished a European tour we had 10 days to kill before a radio appearance in Cologne. We decided to take it as a little holiday and soak up one of our favourite cities. It was a beautiful time, our friends put us up, we busked in the days to fund our stay and we also got to experience c/o pop, what felt like Germanys version of The Great Escape Festival.

One night, we went out with no plan, we found our way to a venue called Stadtgarten. I was walking ahead of everyone else, there were lots of people outside and the atmosphere seemed nice, without much thought I strode in. I remember hearing this amazing wall of noise and droning bass, it was hypnotising. I followed the noise into a dark room to find to my excitement was to become one of my now favourite bands playing. Lea Porcelain.

The stage was warmly lit and there was a faint haze of smoke and sweat. The frontman had such a presence, like a silhouette cutting out a shape against the light. I stood there staring, totally transfixed. It's the kind of music that just makes you float above everything. I watched as he took out a lighter and lit a stick of incense, he performed the whole song starring into the flame. I'd never seen someone do that. I felt like I was the only one at the concert and the moment was meant just for me."

Take a listen to our curated playlist on Spotify, featuring the songs to these artist's stand out, live music moments.