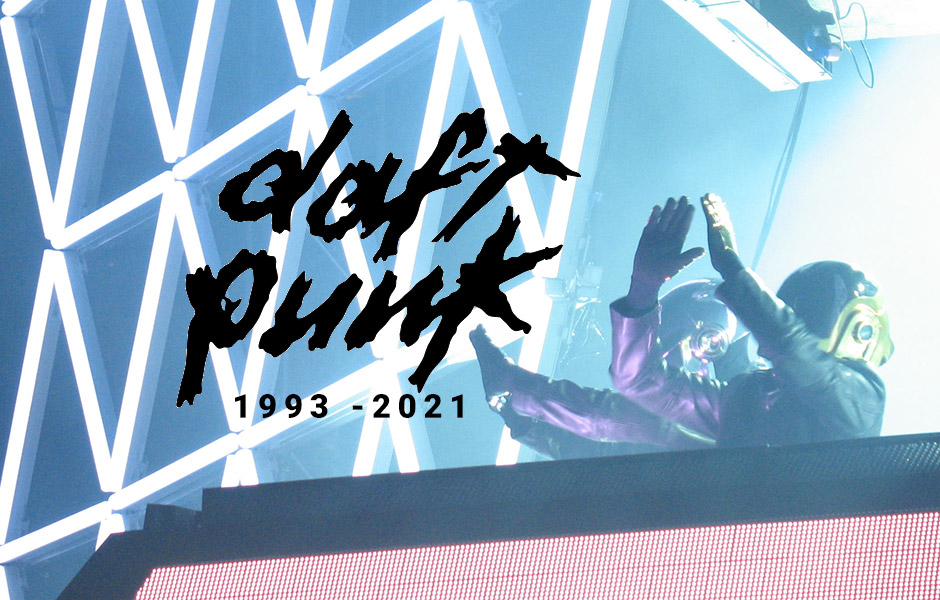 Earlier this week, it was announced that French electronic duo Daft Punk were calling it quits after 28 years. The world of music mourned. Both fans and peers alike were devastated by the hole that Daft Punk's absence leaves behind.

It's clear that Daft Punk have consistently proven themselves a force to be reckoned with in the music industry, with many chart hits and awards to their name. But their importance far surpasses just that of their own discography. We've taken a look back over the many ways that Daft Punk have inspired and influenced the modern world. There are so many aspects of pop culture, and even science, that have been touched by their brilliance.

It goes without saying that the electronic duo have had, and will continue to have, a lasting impact on not only their genre but the music industry as a whole. Daft Punk were pioneers, unrivalled in their craft and an influence to such a large portion of modern culture. Many music journalists have heralded Daft Punk as one of the most influential acts in dance music history.

Not only did the duo inspire a number of artists - some of the biggest in electronic music such as The Chemical Brothers, David Guetta, Skrillex, Deadmau5 and Avicii - but their work has been acknowledged by a huge number of artists throughout the years.

In the first single by LCD Soundsystem 'Losing My Edge', lead singer James Murphy namedropped the icons. They also went on to release the Grammy Award-nominated 'Daft Punk Is Playing at My House'. Furthermore, international superstar Kanye West no doubt owes some of his earlier popularity to the 2007 song 'Stronger', which notably samples the Daft Punk classic 'Harder, Better, Faster, Stronger'.

Daft Punk's iconic robotic look has been borrowed and paid homage to countless times over the years. This unique aesthetic has been cemented in pop culture and will be recognised for many decades, even after the duo's split.

In animation, Daft Punk have been referenced in the likes of The Powerpuff Girls, Family Guy, and more notably The Simpsons in the 2012 episode 'The Day The Earth Stood Cold'. Character Disco Stu dons an outfit clearly inspired by and paying tribute to the artists.

In the pilot episode of Flight of the Conchords, aired back in 2007, the band record a song titled 'Robots'. The video features costumes fashioned by the band's manager, to which character Jemaine comments, "It doesn't look like Daft Punk. We wanted ones like Daft Punk."

The world of film has also seen its share of Daft Punk, both in referencing the artists and the duo's own artistic input on the movie landscape. Characters have been inspired by the French band in the likes of The Angry Birds Movie, where they were parodied as 'Daft Piggie'.

When it comes to their own contribution to the film industry, Daft Punk were most recently applauded for their score for the 2010 film Tron: Legacy. They also made a cameo appearance within the film as masked DJs at the "End of Line" nightclub. They drew inspiration for the score from the original Tron composer Wendy Carlos as well as Max Steiner, Bernard Herrmann, John Carpenter, Vangelis, Philip Glass and Maurice Jarre.

Daft Punk truly permeated all corners of pop culture over the last few decades. The impeccable vision of members Guy-Manuel de Homem-Christo and Thomas Bangalter has been much mimicked, even in the gaming world. The online role-playing game World of Warcraft has paid its own tribute to the musicians with the inclusion of characters Guyo Crystalgear and Tivilix Bangalter, which wear diving suits and helmets based on the duo's signature look.

In addition, the game DJ Hero featured eleven new mixes produced by Daft Punk, alongside an appearance from the duo in the game as a pair of playable characters, along with a unique venue. Daft Punk are seen in the game wearing 'Discovery'-era helmets and 'Human After All'-era leather outfits.

Did you know, that a species of flatworm found in Canada in 2018 bear the name Baicalellia daftpunka? Sound familiar? The flatworm's name takes inspiration from Daft Punk due to the organism having a helmet-like appearance. I'm sure 28 years ago they never expected to be so influential they became the namesake of a flatworm!

Daft Punk's unique, pioneering visual aesthetic has for so long been admired by the art and fashion world. As a result, they've had their fair share of the spotlight in this corner of modern culture.

In 2013, along with Courtney Love, Daft Punk were photographed for the "Music Project" of fashion house Yves Saint Laurent. They appeared in custom made Hedi Slimane sequined suits, playing their instruments with bodies made of lucite. This appearance came following a fifteen-minute performance the year previous at a YSL fashion show.

In 2010, Daft Punk appeared in an Adidas advertisement to help promote their new line of Star Wars themed clothing. They also DJed a Louis Vuitton fashion show at the Louvre in Paris in 2007.