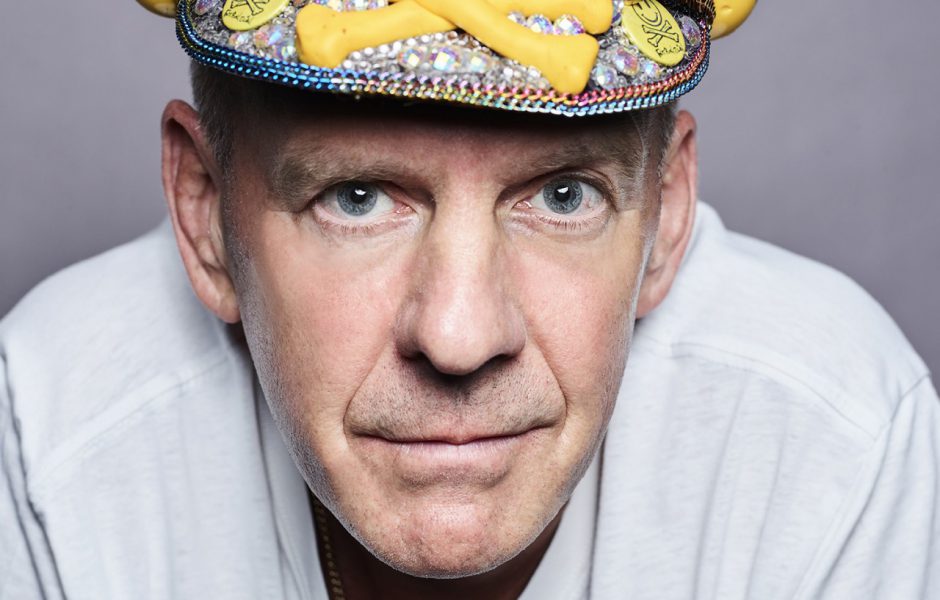 Fatboy Slim, you know the name, and you’re guaranteed to have heard and partied to many of his popular tracks throughout the years. For March this year, he has been carefully selected as See Tickets' Artist Of The Month. A musical pioneer of his time, English musician, DJ, and record producer Norman Quentin Cook (AKA Fatboy Slim) set the scene for the 90s big beat movement. Having recently confirmed his return to the stage this year, tickets go on sale this Friday 19th - you can set yourself a reminder, and grab your tickets below!

Norman Cook (Fatboy Slim) joined the well-known pop group The Housemartins in 1986, replacing the founding member, Ted Key. After the group split in 1988, Norman became involved with the growing acid house scene, and eventually joined forces with producers Tim Jeffrey and J.C. Reid toward the end of the decade to form Pizzaman. The trio released three Top 40 hits before Norman split off to record with Freak Power and Beats International in the early 1990s.

Following this, he began his solo career as we know him today, Fatboy Slim.

Earlier in 2020, Fatboy Slim joined other artists to show his support for the #LetUsDance social media campaign. This campaign made it known to the government the support the industry requires to get through the pandemic.

It’s no surprise the top-rated and highly in demand DJ has scored several international hits with his massive party tracks. Let’s take a step back in history and celebrate some timeless classics and music throwbacks!

One of the biggest and most popular tracks in Fatboy Slim's collection. The vocal sample “right here, right now" is Angela Bassett in the 1995 movie Strange Days.

Another huge hit released in the late nineties. This track was nominated for a Grammy Award for Best Dance Recording. Based on a 1975 song by the actress and soul singer Camille Yarborough called 'Take Yo' Praise’

A single released from the 1998 album, ‘You've Come a Long Way, Baby’. The single peaked at number six on the UK Singles Chart in June 1998.

Taken from his third studio album, ‘Halfway Between the Gutter and the Stars’. Featuring American funk musician Bootsy Collins. The video won multiple awards at the MTV Video Music Awards (2001) and won a Grammy Award for Best Music Video (2002). Can you spot the well-known actor in this video?