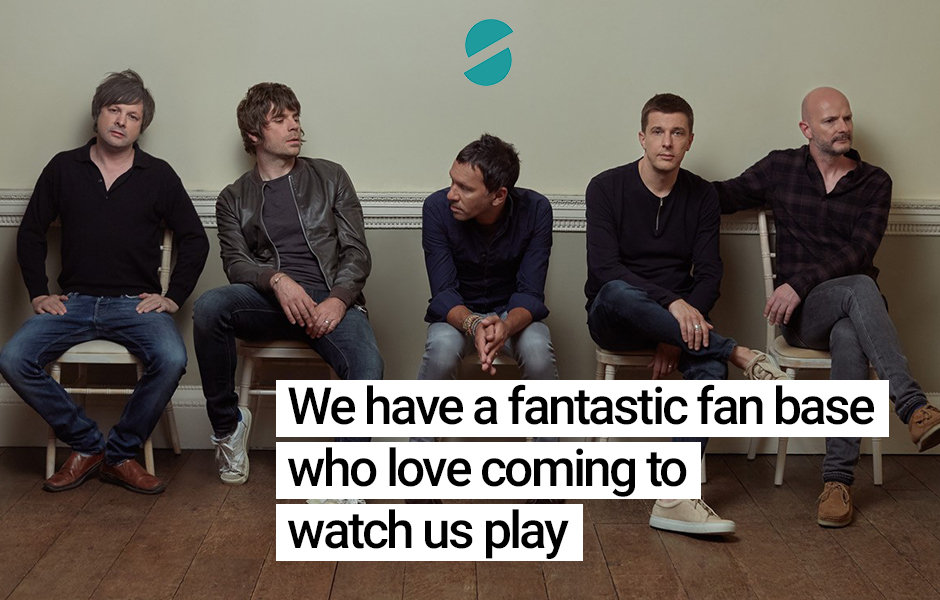 We had a quick chat with Shed Seven's Rick Witter about what you can expect from the group's upcoming tour, pre-show rituals, their top hits and so much more! Check it out below.

The Christmas tours have become a firm fixture for Shed Seven fans - is this something you hope to continue with the band for as long as possible?

Yes, 'Shedcember' has definitely taken on a life of its own over the last decade. It’s a treat to go out and perform to our ever loyal and seemingly growing fan base. I think we all enjoy it, so long may it continue.

Which track/tracks would you deem as your absolute Shed Seven 'bangers' that tend to get the best response from the crowd?

We are in a strong situation regarding writing out a setlist. We have a big back catalogue to cherry-pick from each time. In fact, it's a happy problem as there are so many songs we couldn’t really drop from the setlist as we like to throw a few choice album tracks etc into the mix.

Your tour is billed as 'The Greatest Hits Tour' – after 30 years how difficult is it to narrow down tracks into 'greatest hits'?

As above really. We've had 15 or 16 hits in the past so they would ordinarily make up the bulk of the set, along with some real fan favourite album tracks etc to make it into a solid Shed Seven show. We released a new studio album at the end of 2017 called 'Instant Pleasures' as well which was our first new studio album in 16 years. Shed fans have taken those songs to their hearts so there are plenty of tunes to pick and choose from.

While on the subject of being around for three decades, what is the secret to keeping things fresh and exciting?

It doesn’t really feel like 31 years since we formed, but I guess the love and thrill of performing and, writing is still alive and well within us. We like to put on a good show and I think our audience really react to that which makes our shows really special.

You released your first live album since 2007 'Another Night Another Crowd' last year featuring performances from the likes of Leeds' First Direct Arena and Manchester's Castlefield Bowl. What was the response like from fans that would usually be at your iconic December shows?

Yes, we released a new live album last December which was a nice stop-gap and the closest we were all going to get to that feeling of being at a live concert at that point. The Leeds arena show was actually part of the 2019 December tour, and a few other tracks were taken from other dates on that tour. And we wanted to include a few songs from the Castlefield Bowl 2018 gig as we had also recorded that and was a great summertime show. That whole day built up to a great gig. Weather, atmosphere etc.

You have 'MCH' as support across the tour – it’ll be a treat to have so much Britpop heritage in the same room, right?

Yes, we are looking forward to having MCH joining us for this tour. As you say, there will be a lot of heritage in the room, loads of hits being sung and I’m sure a great atmosphere at all the gigs. It’s good value for money for the ticket price.

You’ll be playing plenty of iconic venues throughout November and December – are there any particular favourites or any that you always look forward to returning to?

We are a lucky band in the sense that we have a fantastic fan base who love coming out to watch us play. Of course, our job is to put on a great show and we generally do that and I think our fans love coming out to see that. Therefore, usually, the atmosphere in the venue is electric. So to be honest it doesn't really matter too much where we play as it’s more about what's happening in that room. But it would be amiss to not mention that we are going back to the Barrowlands in Glasgow after missing that one off the last few tours, and Camden Roundhouse is great, and Manchester, and Leeds. I could go on.

Do you have any pre-show rituals – or anything that you make sure to do in a specific city pre-show?

I have a few pre-gig rituals that I undertake with my brain that the show will go to plan. I couldn’t possibly say as even the rest of the band don't really know what I get up to and I don’t want them staring at me pre-gig trying to work it out thank you very much... 😉

Over the past 30 years, what do you think has changed the most in terms of performing as Shed Seven?

I think we have matured over the years and got a lot more comfortable in our skin. I guess we have relaxed more with age and don't see things as serious or that things matter so much in terms of knowing what we are capable of and what we can deliver. So it's probably more fun now in terms of just getting out there and playing. Although we are in our late forties now so the partying isn't quite the same as it used to be in the wild ’90s.