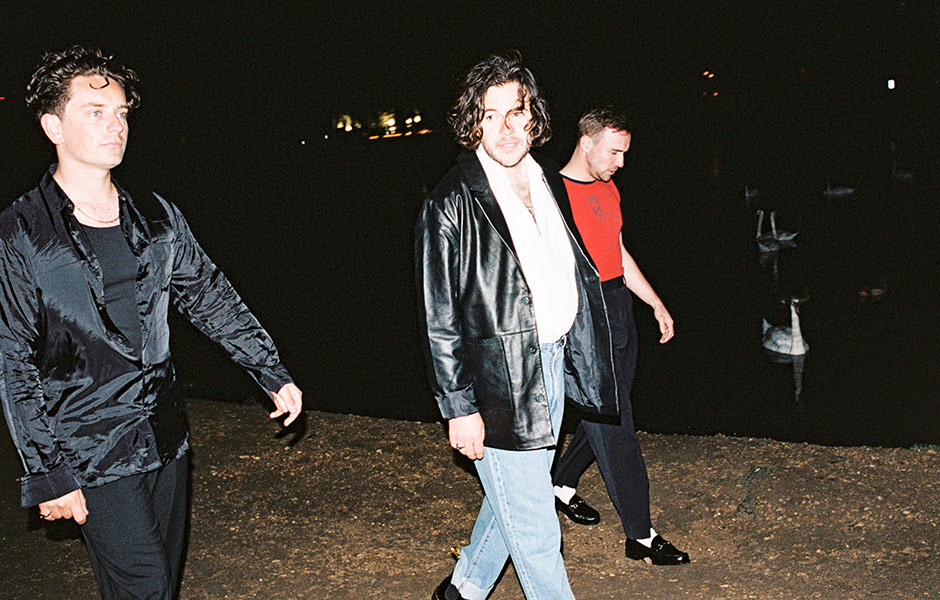 With an upcoming UK tour, we spoke to indie-rock, three piece Amber Run about their musical growth, tour memories and returning with a bang after a year of uncertainty. Secure your place on one of their 12 UK shows, kicking off in Leeds this October - tickets on sale now.

You recently released new single '52 Blue', did you find the song-writing and music making process any different during a year of lockdown and turbulence?

The song is about isolation and searching for a reason for being, but it was actually conceived just before everything got locked down. We didn't get to spend as much time together writing and making music as we would have liked, and at times, it made the creative process quite difficult. In the end, I think it pushed us in ways we weren't anticipating, and we've come out with something really strong because of that.

With an upcoming tour, what are you most looking forward to about getting back on the road?

It's almost hard to believe it’s happening. Being able to share our music with fans in a personal sense has always been a huge part of what we do, so that community feeling and rush is going to be incredible. And service stations.

Which Amber Run song do you love to perform live the most?

It will depend who you ask - the response from songs like 'I Found' and 'Amen' can be really moving, but playing a bigger, more energetic song like 'Neon Circus' puts a smile on my face.

We'd love to know your most treasured tour memory, be that a favourite venue, fan experience or backstage moment.

Honestly, stepping out on stage at our first headline show at Rock City in Nottingham was a real moment - it had been a dream venue of ours to play, and it felt like coming home. Seeing the same faces at multiple shows is always really inspiring too - getting to meet fans who have an emotional connection with our music is always special.

What can a new fan expect from an Amber Run show?

We bring a lot of energy to our live show. We like to make sure there is a contrast of intimate quiet moments, and expansive crescendos. We live for it.

It's been six years since the release of your debut album '5am'. How do you think personally and musically you have grown yourselves in that time?

'5am' was a collection of songs that were put together when we were basically teenagers - we've all grown and been through a lot since then. I picked up a bass for the first time when we started this band, so whilst I'm far from a maestro, I like to think I'm a bit of a better player now.

As a Nottingham based company, and having formed in Nottingham yourselves, we proudly consider you one of our own. What's your favourite Nottingham music venue and why?

We are very proud of our Notts heritage, and are very fond of a few venues in the city. Some of our favourite shows of all time have been at the iconic Rock City, and headlining that venue a couple of times has been a real honour. But we wouldn’t have been able to achieve that without playing relentlessly at incredible venues like Rescue Rooms and the Bodega along the way.