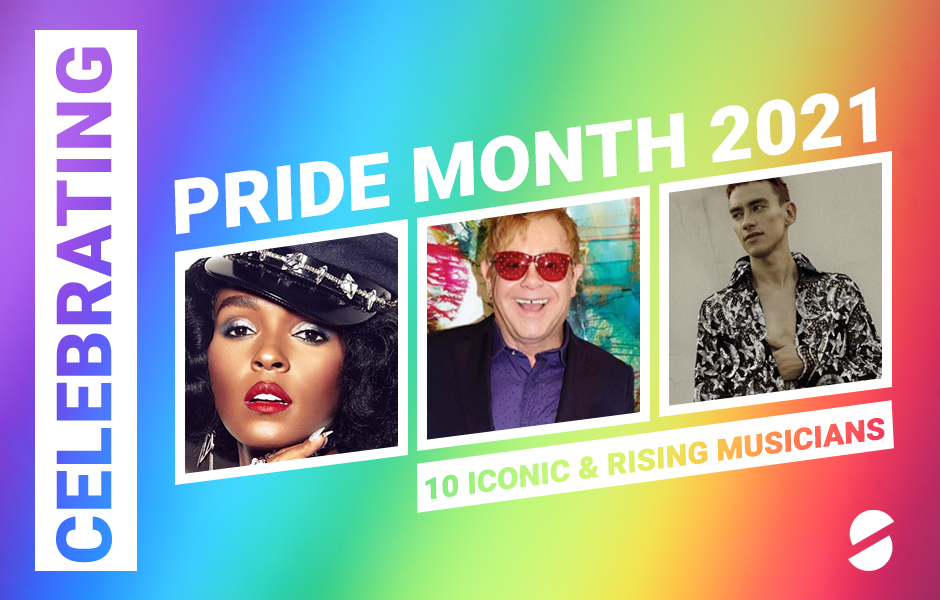 In June of each year across the globe, we celebrate the LGBTQ+ community with Pride Month, which honours the 1969 Stonewall Uprising which led to the Gay Liberation Movement. Communities come together to celebrate and demonstrate with those who identify as LGBTQ+, campaigning for equal rights and acceptance for all.

Some of the most influential, talented and trailblazing artists and musicians of all time have identified as LGBTQ+, or used their platform to amplify the voices of those in the community. Throughout time, music - as a performer or a consumer - has often become a safe haven for the LGBTQ+ community, and a means to express their sexuality and experiences to the world.

At See Tickets, we are honouring Pride Month by paying homage to some of our favourite artists who have been boldly outspoken about gay rights, or identify themselves as LGBTQ+. There are so many we could have chosen, so if your favourite artist doesn't appear then be sure to check out our extensive Pride Month playlist further down the article. Take a look at some of our top iconic and rising artists, and why we have chosen to honour them in Pride Month 2021! 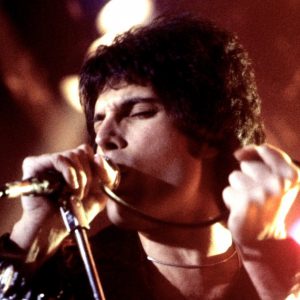 With his flamboyant stage presence and vocals like no one else, Freddie Mercury challenged all the norms about rock music as Queen’s frontman. He was undoubtedly one of the greatest performers of all time, and contributed to some of the most iconic songs into the world. In an era of rife homophobia, he did not abide by the gender constructs of the 70s. 30 years on from his battle with HIV/AIDS, which he kept private until the eve before his death, the remaining members of Queen have raised millions of pounds for AIDS charities around the world through the Mercury Phoenix Trust. He left behind a legacy which showed the world that you could be successful and adored as a queer person and with AIDS, at a time of prejudice and a lack of understanding of the disease. 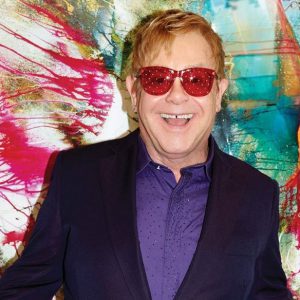 It goes without saying that Elton John is one of the greatest musicians of our time. Revolutionary, genre-bending, record-breaking and well-loved across the globe for generations. But it isn't just Elton John's musical genius that he’s renowned for. A loud and proud LGBTQ+ activist since the 1980s, the singer has been a voice to the voiceless for decades – speaking up in favour of LGBTQ+ rights, gay marriage, and support for those with HIV and AIDS through the Elton John AIDS Foundation. Raising over $600 million to support programs in over 55 countries, since 1992 the foundation has helped changed thousands of lives and continues today. 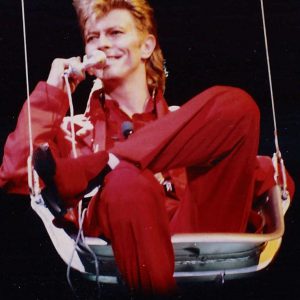 In 1972, just five years after homosexuality became legalised in Britain, David Bowie announced he was gay.  "I'm gay," declared David Bowie to Melody Maker, "and always have been, even when I was David Jones."  At the time, he was one of the most famous pop stars and icons in the world, and his openness to sexuality helped change attitudes forever. As well as being a musical genius, his gender-bending performances (think Ziggy Stardust) redefined sexuality and inspired a generation. 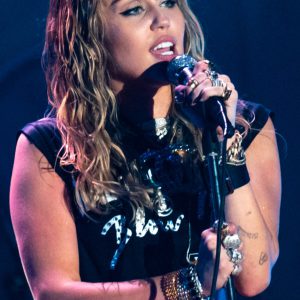 Miley Cyrus is an artist that rarely needs an introduction. From her performances as Hannah Montana on the Disney Channel and Ashley O on Black Mirror back in 2019, to releasing modern classics 'The Climb' and sensational covers of The Cranberries' ‘Zombie' and Blondie's 'Heart Of Glass’; Miley Cyrus is one of the most recognisable faces of pop the world has to offer. In 2014, she launched 'Happy Hippie Foundation' – an organisation tackling youth homelessness particularly amongst LGBTQ individuals – and has since worked with the likes of Joan Jett, Ariana Grande and more to raise awareness. 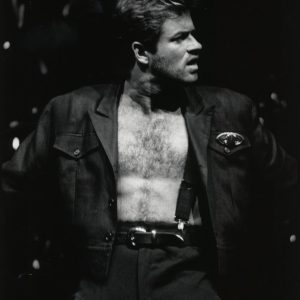 While the late George Michael spent many of his former years in relationships with women and often identified as bisexual, he came out as a gay man in his 30s and spent every year from then on being loud, proud and outspoken. Outside of Michael's many accolades and awards as one of the best-selling, chart-topping musicians of all time, he will be remembered too for his philanthropy in the LGBTQ+ community, and as a supporter of HIV charities such as the Terrence Higgins Trust. George Michael was never one to shy away from the criticism or his past. His music proved an avenue to be open, unedited, and often satirical about his life. For as long as George Michael remains a household name, he will be an unapologetic and fearless gay icon. 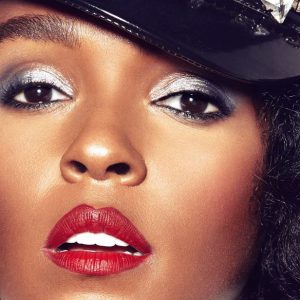 Multi-talented American singer-songwriter, producer and actor Janelle Monáe has been making noise in the realm of pop culture since the mid-noughties. Throughout her career, Monáe has been the poster child for androgyny and gender fluidity. Her recognisable tuxedo look has become something of a trademark outfit. In 2018, Monáe came out as queer and has frequently been outspoken about LGBTQ+ rights. In particular with her most recent record 'Dirty Computer', Monáe wanted to help others to accept themselves. Monáe said: "I want young girls, young boys, nonbinary, gay, straight, queer people who are having a hard time dealing with their sexuality, dealing with feeling ostracised or bullied for just being their unique selves, to know that I see you." (Rolling Stone). 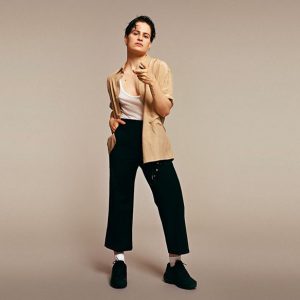 Chris (of Christine and the Queens) is part of a new generation of pop stars who are revolutionising attitudes around sexuality and gender. The singer/songwriter describes herself as 'Genderqueer', and believes in not having to strictly define yourself.  When speaking to Attitude magazine about the term ‘Genderqueer’,  the singer explained it is "Someone who subverts gender norms and doesn't identify as either [gender]." Her second album, 'Chris', was an exploration of life as a queer person and delves into the idea of masculinity and femininity. 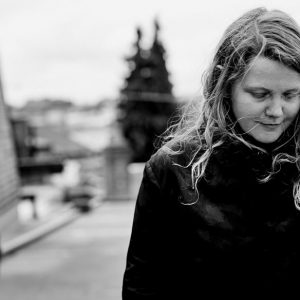 Every Kae Tempest performance – whether that be live or recorded - is a journey packed with alluring characters, relatable themes, a gripping narrative and above all an authentic perspective. The South East London poet has been celebrated across the globe for Mercury Prize nominated albums ‘Everybody Down’ and ‘Let Them Eat Chaos’ – the latter also released as a long poem to coincide with the album’s release. Tempest’s brilliance doesn’t stop at creating records, but branches also to novel writing (‘The Bricks That Built The Houses’) and most recently in the non-fiction world with their maiden offering, ‘In Connection.’ Tempest has been applauded for their openness in sharing their experience as non-binary. In August 2020, Tempest came out as non-binary, began using they/them pronouns, and changed their name to Kae. 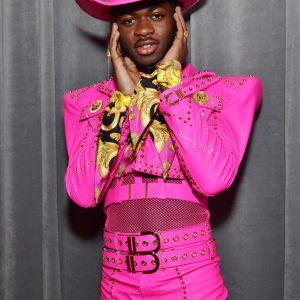 At just 22, the American rapper/singer-songwriter Lil Nas X made history with the longest ever running number one in the Billboard Hot 100 with this country-trap fused hit single ‘Old Town Road’. Just as the song was hitting the peak of its popularity, Lil Nas X came out as gay in a heartfelt letter to his younger self posted on twitter. Since then, he has continued to open doors and break the boundaries for black queer men and the whole LGBTQ+ community, bringing representation into the typically heteronormative, and hyper-masculine rap world. Through his music and fashion, he continues to explore his queer identity within the mainstream, garnering adoration from LGBTQ+ icons such as Elton John. With his debut album 'Montero' dropping this summer, it is clear he is just getting started and will carve out his own place in music history. 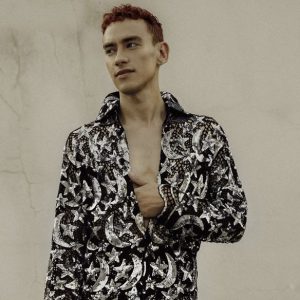 Years & Years, otherwise known as frontman Olly Alexander, have been providing the soundtrack to Pride events across the world since their rise to fame in 2015. With a back-catalogue of explosive, floor-filler tracks such as 'Shine', 'King' and 'Starstuck', Years & Years hits guarantee to get you on the dancefloor. These tracks, and Alexander himself, celebrate an unapologetic you – embracing the diversity between us, and especially championing LGBTQ+ rights. This was further highlighted with Alexander's recent role in Channel 4's must-watch series It's A Sin, accompanied his and Elton John’s cover of Pet Shop Boys' loved single. All proceeds from the track go to the Elton John AIDS Foundation.

Check out our Pride Month playlist, full to the brim of our favourite LGBTQ+ champions: