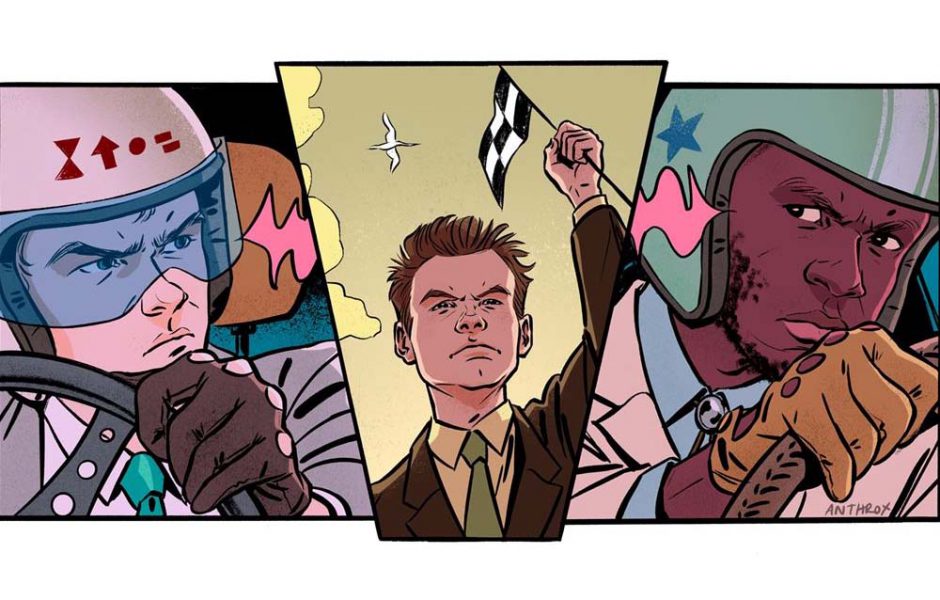 In the last decade, black midi have emerged as a bold and enigmatic force, forming from four multi-talented BRIT School attendees and brought together by the impromptu jam sessions of Geordie Greep (vocalist and guitarist) back in 2014. Now, they are a band whose reputation precedes them; for this and countless other reasons we've chosen them as our Artist Of The Month.

In their earliest days, black midi were the unknown London band pulling in considerable crowds before a debut album had even begun to surface. From their residence at Brixton's The Windmill, black midi formed a modest following and a considerable amount of hype both in the public and the music press.

With their solid live performances, and a sound that has proved continually experimental, boundary-pushing and influenced by world music of a plethora of genres, black midi began to gain momentum. In 2019 the band were signed to the legendary Rough Trade Records, becoming labelmates with high calibre artists like The Strokes and joining an esteemed alumni which includes legends such as The Smiths.

Shortly after, the band's debut album 'Schlagenheim' came to fruition. Recorded in just five days, the album received universal critical acclaim, entered the top 50 of the UK Official Albums Chart, and led to a coveted Mercury Prize nomination. Although sadly missing out on the prize to Dave's 'Psychodrama', black midi made their own history on the night with an unforgettable performance of single 'bmbmbm' which saw band member Matt Kwasniewski-Kelvin perform a front flip which left him injured and unable to tour the following year.

Early 2020 saw the band bring out the gloves - and a certain tongue-in-cheekness - when releasing an Ed Sheeran diss track, in an attempt to bring a new celebrity feud to the limelight, at a time when grime artists Wiley and Stormzy were publicly targeting one another. black midi removed the song from their Soundcloud pretty rapidly, but the song remains available for all to see on YouTube.

In a more legitimate release, the band continued in 2020 with an anthology album entitled 'The Black Midi Anthology Vol. 1: Tales of Suspense and Revenge', which was a collection of spoken word pieces and recorded jam sessions. The album was released exclusively on Bandcamp at a time when the site was waiving fees for artists in order to support them while unable to tour during the pandemic. They also released a limited rerun of a black band T-shirt, which saw all sales proceeds go towards organisations that benefit the Black Lives Matter movement.

In May of this year, the band released their sophomore LP 'Cavalcade', and in support confirmed a UK tour which will begin in late August and continue across the country into November. The tour will include a monumental show at the iconic Alexandra Palace in London, and trust us when we say it's not a show that you'll want to miss.

See the inimitable black midi live in the UK later this year, as they perform tracks from their first two outstanding albums at a venue near you. Tickets are on sale now.