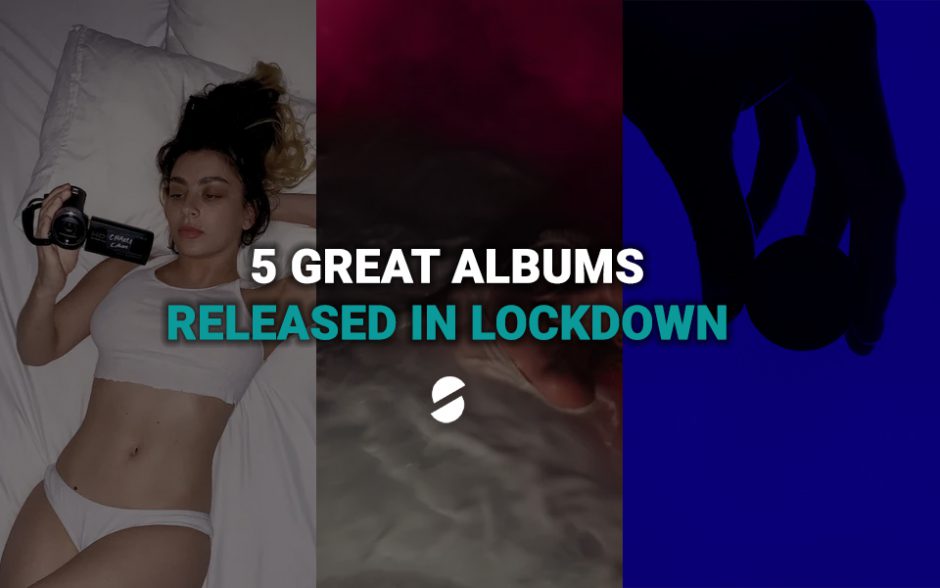 As the UK sees restrictions lifted this week, we're reflecting back over the last year and one of the few positive things that came from it: great music. A year spent in lockdown was no easy feat, and while some used the time to hit pause, others used this precious free time to hone their skills, get creative and produce something remarkable.

Many of our favourite musicians crafted new music and other creative projects during this time, when their fans and the general public desperately needed distraction. So to mark the ending of restrictions, the See Tickets team have looked back at some of our favourite records written, recorded and released during lockdown.

Paramore frontwoman Hayley Williams had only just released her first (and at the time, last) solo album earlier in 2020 - 'Petals For Armor' - but spent lockdown isolated in her Nashville home, pensive and reflective over a painful divorce. The result of this time was an album written, recorded, and produced solely by Williams: a collection of wistful, acoustic tracks that felt as though you were holed up in that house with her yourself. An incredibly raw yet often delicate offering, 'Flowers for Vases / descansos' did away with the theatrics of its universally acclaimed predecessor and in itself captured a moment in time for its author and her most thoughtful introspection, garnering similar praise from critics.

A month into the first lockdown, Little Simz returned to her roots with the sixth instalment of her long-running mixtape ‘Drop’ series. Consisting of five tracks, including ‘might bang, might not’ and ‘you should call mum’, ‘Drop 6’ reflects on themes of isolation and lockdown life. While her critically acclaimed and Mercury prize nominated 2019 album ‘GREY area’ had extensive production with live instruments, ‘Drop 6’ instead is completely stripped back, with all focus on Simz’s lyricism and rapid delivery. She offers an insight into her experience of lockdown and isolation, and as a listener you could relate to her self-reflections and existential questionings. The themes were relatable, and the songs were fun, and these tracks will be remaining in our playlists for years to come.

January saw the release of Nottingham punk duo Sleaford Mod’s eleventh album, a much-needed musical tonic in the thick of another UK lockdown. Curated in a furious, two-week blitz, ‘Spare Ribs’ reflects a wider feeling of the nation at the time of its release, with the album title coming from “the idea of the amount of people that died from the first wave of coronavirus… a constant state of being spare ribs.” (NME). But from this fury birthed Sleaford Mods’ most diverse body of work yet, with the 13 songs carrying you through reflections of political ideologies, childhood memories and class division; all to the backdrop of a poppier, more liberated sound. Although born out of a sense of unanswered questions and helplessness, ‘Spare Ribs’ gave us exactly the answers we needed during a turbulent time.

Taylor Swift’s second surprise offering of 2020 boasted features from Haim, Bon Iver and The National – so unsurprisingly ‘Evermore' was packed with non-stop indie-folk gems. Veering away from her usual carefully planned and executed album campaigns, Swift announced ‘Evermore’ just hours before it was gifted to the world and her gripping tales made it an instant hit and a record that is simply unskippable. With plenty of highlights across the 15 tracks, the ones that stand out most are ‘Tis The Damn Season’, ‘Coney Island (feat. The National)' and ‘Ivy.’

Singer, songwriter and producer Charli XCX gave herself just six weeks to write, record and release her latest album, ‘How I’m Feeling Now’ in 2020. Whilst isolating, she began a series of Instagram Lives, which inspired her to create the album. She subsequently shared the process with her fans through posting lyrics ideas, playing demos and gathering ideas over Zoom. Singles from ‘How I’m Feeling Now’ even incorporated fan artwork and videos, and it was shortlisted for the 2020 Mercury Prize.