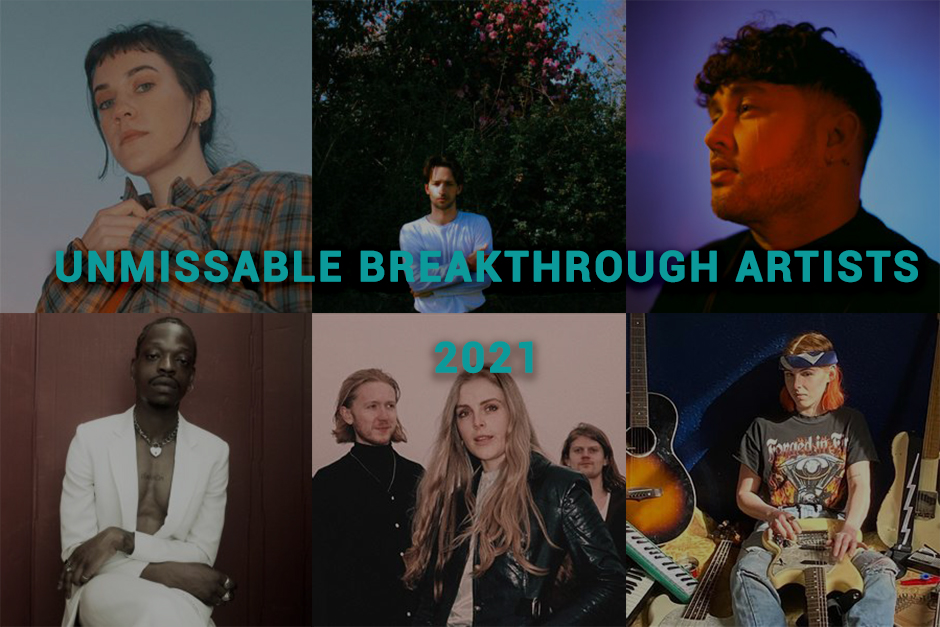 Despite the turbulence of the past year and a half, there has still been plenty of unmissable music being released from these talented breakthrough artists. We wanted to compile a list of some of our favourites who have been releasing some incredible music, and who we think could be a great addition to your playlists and even catch live. 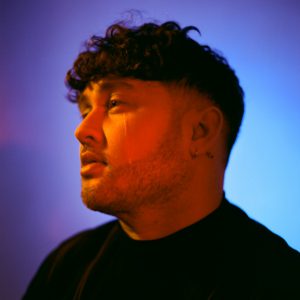 Tipped as the 'new face of UK R&B' (Notion), South London's James Vickery has received critical acclaim on his EP's 'Until Morning' and 'Overture', and has just released his debut album 'Songs That Made Me Feel' featuring R&B legend Musiq Soulchild and Hip-Hop duo EARTHGANG. His 2018 A COLORS SHOW performance garnered him well-earned online attention and proved his talent for live performance, and he's certainly one to watch.

Tickets on sale now for his Lafayette performance this October! 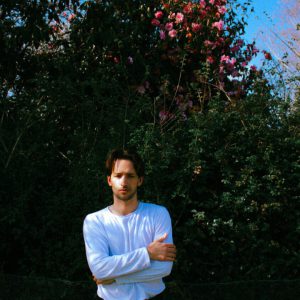 Far Caspian is an Irish alternative-indie artist based in Leeds with a sound that fuses "rich harmonics and crisp percussion" (HotPress). He has just announced his upcoming debut album 'Ways To Get Out' which comes out on October 8th this year. Until then, he has an impressive discography of EP's for you to listen to, notably his 2019 'The Heights' is a 5 track EP with "impeccable production and taste use of synth and lo-fi sensibilities" (Impressions).

He is heading out on tour this autumn, tickets on sale now! 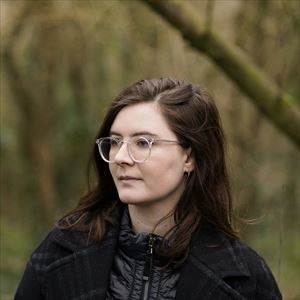 Norfolk creative Lucy Gooch has drawn comparisons to iconic artists such as Kate Bush and The Cocteau Twins and with latest EP, ‘Rain’s Break’, it is clear to see why. With echoing, ambient soundscapes and ethereal vocals throughout, her music is truly breath-taking and awe-inspiring – and while ‘Rain’s Break’ is only 5 tracks and 18 minutes long, you come out of the other side feeling invigorated.

Get tickets for her February 2022 shows here 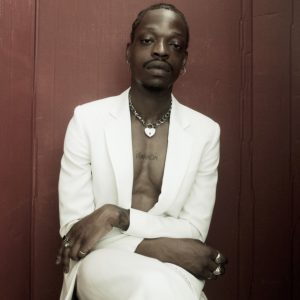 With his roots in poetry, visual art and sound, this London-based Dutch-Nigerian artist has been tipped as someone to look out for by Pitchfork, The Guardian, and Highsnobiety to name a few. He has just released his debut EP 'ÍFARADÁ' where he explores themes of identity, family and oppression (Dazed) and brews sounds of  ’00s post-punk revival, ’70s highlife, and straight-up blues (Pitchfork). He is performing a special headline show at The Social, London this October! 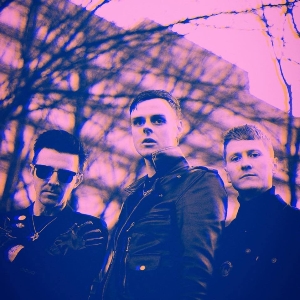 Post-punk outfit The Violent Hearts debut LP, ‘Everything And Nothing’, is due out this September and if their earlier work is anything to go by it is certain to be brimming melodic and vibrant tracks, overlayed with swaying vocals. Based in Bristol, they are part of a scene that is quickly becoming one of the most talked about in the UK and latest single, ‘Anxiety’, shows exactly why.

They are heading out on tour this autumn, tickets available now! 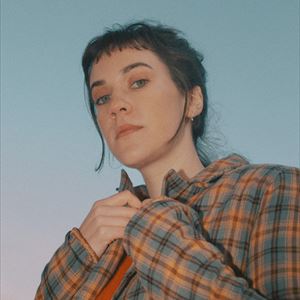 Singer-songwriter Bess Atwell has the dreamiest of vocals and an utterly soothing sound, with her latest single 'Co-op' garnering her comparisons to the likes of Lana Del Ray and Phoebe Bridgers (Wonderland Magazine). She manages to blend local folk and singer-songwriter traditions with a pop sensibility (Rough Trade) and all in all creates a sound that is heavenly to your ears. We highly recommend you check out her recently released EP 'Nobody', where you can check out the dreamy vocals for yourself!

Get tickets for her headline UK tour this autumn! 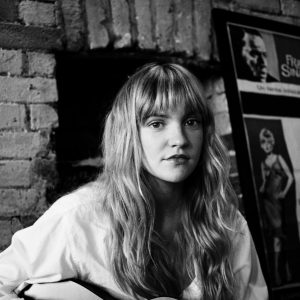 This 21 year old, London based artist is capturing the hearts of many with her delicate storytelling and her unique blend of jazz, pop and R&B. The energy of her music has been likened to Greentea Peng and Biig Piig "just with the psychedelic elements swapped out for a glass of red wine" (The Line Of Best Fit). If you want some ultimate chill out music on a summers day - Eloise is for you.

Tickets to her upcoming shows are available here! 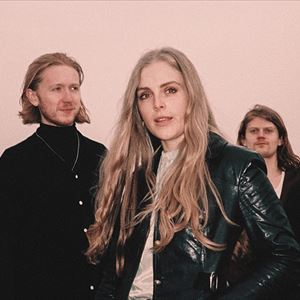 Five Brighton-based friends make up MarthaGunn, who create a raw and unfiltered sound with their honesty, and create love songs in a blend of 70s rock, 90s pop and R&B. Their sound draws similarities from the likes of Fleetwood Mac and Haim, to James Blake (TotalNtertainment). This band are carving out their own genre indie-pop-rock with romanticism ebbed throughout. Known for putting on a raucous show, this is definitely a band to catch live!

Tickets are on sale now for their headline tour! 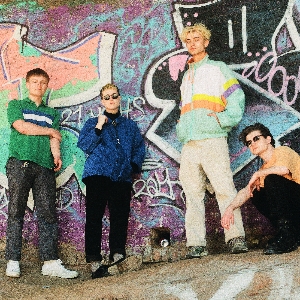 Manchester four-piece Porij are firmly ones to watch this year, with their dreamy single ‘Nobody Scared’ recently featuring on BBC 6 Music’s playlist. The single, although blissful in sound, was inspired by recent Reclaim The Night marches and the shocking statistics surrounding harassment against women; the ability to convey the profound through a patchwork of genres, like a peaceful protest, that makes Porij so memorable. Their debut mixtape Breakfast is out now and we cannot wait to see what they do next.

Check them out on tour this September! 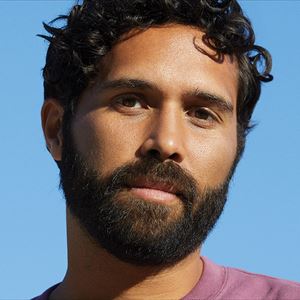 Even if you haven't yet heard of Ben Abraham, you will have heard his song-writing. An acclaimed songwriter, he has co-penned tracks for Demi Lovato ('Smoke and Mirrors'), Kesha (Grammy award winning 'Praying') and more. He released his own debut album 'Sirens' in 2014, which was later re-released by his label in 2016, and his highly anticipated upcoming sophomore album is due later this year. Ben pours his life experience into his songs, with his soaring vocals and emotional heft (Essentially Pop).

He has a special headline show at Omeara in London this September, tickets available now! 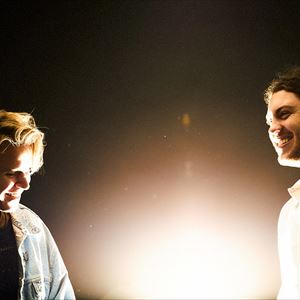 Memorial is the two piece Alt-Folk-band consisting of songwriters Jack Watts and Oliver Spalding. Having only started officially releasing music earlier this year, and performing their first ever live show in May (in support of the wonderful Bess Atwell), this duo is just at the beginning. They have already gained attention from Annie Mac who featured their song 'Latchkey' in her Power Down Playlist, and even had Elton John cover the song on his Apple Music podcast 'Rocket Hour'!  The duo will be performing two headline shows next month, one at St Pancras Old Church in London and the other at The Brunswick in Hove. 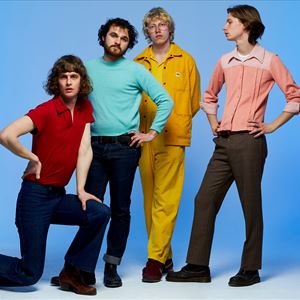 Forming in 2017, Cardiff-based four piece Buzzard Buzzard Buzzard are most known for their exciting, dynamic energy. They have made quite a name for themselves with their hype-building live shows and tongue-in-cheek rock'n'roll. 2020 saw the release of the band's debut EP 'The Non Stop' to glowing reviews, and their more recent single 'New Age Millennial Magic'  sees lead singer Tom Rees poking fun at the know-it-all attitude of himself and fellow millennial peers. It's this openness that makes Buzzard Buzzard Buzzard such a breath of fresh air and lovable. The simple desire to make honest, catchy music with no pretence is a recipe with which to create a timeless debut album and we cannot wait to see what's next for the four piece.

Tickets are selling fast for their upcoming show at The Social in London this October! 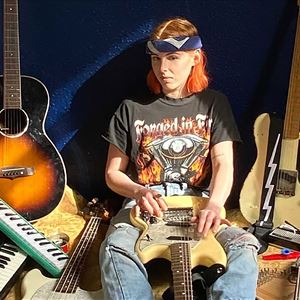 Effortlessly cool, beautiful voice , and raw honesty. Her indie-folk music is introspective with careful lyricism, with her most recent album 'BREACHES' exploring ideas of 'awkwardness, self acceptance and solitutude' (NME). Interestingly, she actually voluntarily went into self isolation for a month to write this album, long before the pandemic was in sight! She crafts her experiences and feelings into compelling stories, and has created "a stunning record that is as relatable as it is profound" (Loud and Quiet).

She's heading out on tour this autumn, tickets available here 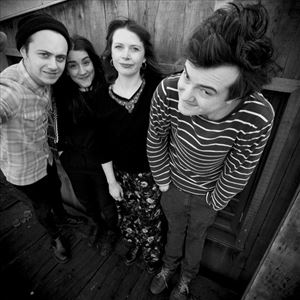 If Wasuremono aren’t a firm favourite on your feel-good playlists, they should be. Eclectic, infectious and joyous, these former school friends from Bradford Upon Avon have three albums to sink your teeth into, but just one song should demonstrate why they’re a firm favourite with BBC 6 Music DJs and audiences alike. Their third album Let’s Talk Pt.1 is the perfect tonic of warmth and openness that we all need right now and, to our excitement, Pt.2 will shortly be on its way. Check them out! 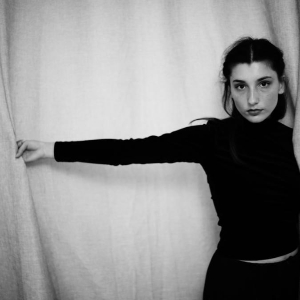 Eve Owen first caught our attention back in 2019 when she featured on The National’s ‘Where Is Her Head?’ and since then we have been obsessed with her blissful vocals and raw approach to song writing. Her debut album, ‘Don’t Let The Ink Dry’, was released last year and further showcased the brilliance that Eve Owen has to offer with the likes of ‘Mother’, ‘She Says’, ‘Blue Moon’ and more!

Catch her live at Brudenell Social Club in Leeds this September!