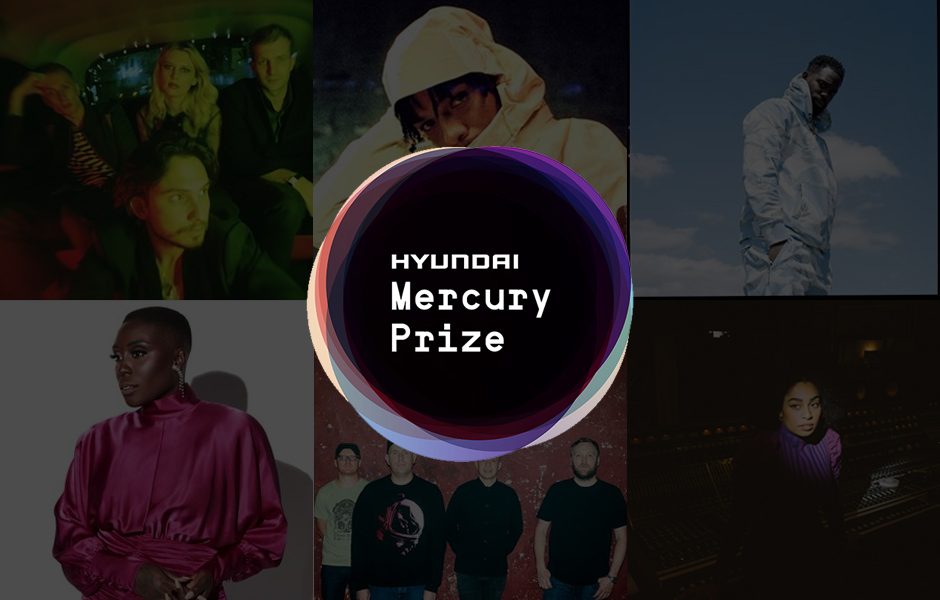 It's our favourite time of year again! The Mercury Prize have just confirmed the shortlist for this year's award. It's a time when some of the biggest brains in the music industry put all the latest albums under the microscope in order to find the most outstanding and trailblazing record of the last year.

The Mercury Prize showcases the very best in musical talent across a multitude of genres, ranging from post-punk to jazz, rap to indie rock. It's a much coveted badge of honour for both up-and-comers and well established artists.

So who's in the running in 2021? Check out the full list below, and where you can see them live on tour:

'Collapsed in Sunbeams' is Arlo Parks' debut album, and a truly remarkable record. On her first LP, Parks astounded critics and fans alike with her intense vulnerability, and gained universal acclaim for the versatility shown throughout the album. After charting at number 3 in the Official UK Album Charts, 'Collapsed in Sunbeams' was named one of the top 15 albums released by LGBTQ+ artists by Billboard, and now sees a nod from the coveted Mercury Prize. We have no doubt this will be the first of many!

Arlo Parks is heading out on tour later this year. Unfortunately it is completely sold out, but you can keep an eye out on our Fan To Fan resale site for any tickets listed for sale at the original price paid or less!

London-based rapper Berwyn wrote his debut mixtape 'Demotape/Vega' in just two weeks back in 2018, but released it finally in September of last year. This Mercury nomination is the latest in a list of critical acclaim for the artist over the last few years. Berwyn placed third in the BBC Sound of 2021 list last year, and received a number of positive reviews for his two mixtapes to date, including a four star NME review which praised the "elite songwriting" on his latest release 'TAPE 2/FOMALHAUT'.

Berwyn will be touring the UK in autumn and also appearing at cinch presents TRNSMT festival in September! Grab a ticket to see Berwyn today.

Black Country, New Road are an act so uniquely talented that The Quietus called them "the best band in the world" after only two singles. So, it's no surprise that their album 'For the First Time' becomes another shortlisted debut record for the 2021 Mercury Prize. Their unique blend of genres ranging from post-punk, jazz and math rock sets them apart from many bands of the time, and in 'For the First Time' we see the band reach new heights of production and musicianship.

Celeste – Not Your Muse

Another rising star to add to the list, Celeste becomes a Mercury Prize nominee with her first studio album 'Not Your Muse'. Having already been recognised by the BBC Sound of 2020 poll and the BRIT Awards, we foresee a future filled with awards and acclaim for Celeste. The empowering and deeply personal 'Not Your Muse' has set the bar high, and we couldn't think of an album more worthy of a nomination this year.

You can catch Celeste live on a headlining tour in spring 2022, but also this summer as part of All Points East Festival. Find tickets here.

An unbeatable collaboration of great minds and talents, Floating Points, Pharoah Sanders and The London Symphony Orchestra produced one of the most interesting and masterful releases of the year. 'Promises' has sublime range, technique and composition that you rarely see and makes it a clear contender for this year's Mercury Prize.

Floating Points will be appearing as part of All Points East this summer, and also at Repercussion's sold out Warehouse Project event in September. Tickets for All Points East are on sale now!

Ghetts enters the Mercury Prize nominee hall of fame with his third effort, 'Conflict of Interest', which boasts a star-studded list of guest appearances including Skepta, Dave, Wretch 32, Giggs, Stormzy, Ed Sheeran and Emeli Sandé. Critics praised Ghetts' growth in this record and the culmination of many years in the game. It charted at number 2 in the Official UK Album Charts, and it's easy to see why. 'Conflict of Interest' is certainly Ghetts' most thoughtful and well produced record to date.

Ghetts is going on tour this November! But if you can't wait that long, you can also see him appearing at South Facing Festival in London this August, supporting Dizzee Rascal. Buy a ticket here before it's too late...

Hannah Peel, aside from her outstanding work as a solo recording artist, has in the past been a collaborator to the greats, including icon Paul Weller. 'Fir Wave' is Peel's eighth solo album to date and showcases her forward-thinking, outside-the-box composition and exceptional talent. 'Fir Wave' is a triumphant record and its Mercury Prize nomination is a worthy achievement for an album of this calibre.

Unfortunately Hannah Peel currently has no live shows on sale, but you can keep an eye out here in case any get announced in the future!

Laura Mvula's third album 'Pink Noise' is the record that the singer said she "always wanted to make". Inspired by 80s funk and synth, and the product of three years of hard graft, 'Pink Noise' is an explosion of joy and reinvention and features Biffy Clyro's Simon Neil. After a five year period away, Laura Mvula has returned with a new energy. It is this, and her undeniable talent, that has earned her a well-deserved Mercury Prize nomination.

Laura Mvula will be appearing at London's Village Underground in September. Unfortunately it is sold out, but you can keep an eye out here for any tickets that go up for resale. Don't worry, they'll only ever be at the original price paid, or less!

Mogwai – As the Love Continues

Scottish post-rockers Mogwai secured themselves a place on the Mercury Prize shortlist with their tenth album 'As The Love Continues'. Adored by both fans and critics, the album charted at number one on the Official UK Album Chart in a moment that the band called "surreal". 'As The Love Continues' proves once again in its epic and sprawling sound that Mogwai are a fiercely influential outfit worthy of widespread praise. We are certain this is not the last nomination that Mogwai's latest album will receive.

You can see Mogwai for yourself in Glasgow this November, or at the iconic Alexandra Palace in London next February! Tickets are on sale now.

Jazz powerhouse Nubya Garcia has featured on a number of iconic albums, and collaborated with some of the greats including Moses Boyd's 'Dark Matter' which was also nominated for the Mercury Prize. In her own right, her talent is stronger and more evident than ever before and her latest record is a perfect example. 'Source' is a record about community and identity, and a stunning example of modern jazz which echoes influence from jazz legends.

Nubya Garcia will be appearing at All Points East and Cross The Tracks festivals this summer. She'll then be heading out on a headlining UK tour in October. You can find tickets here!

The ever enigmatic British collective Sault continue to astound and impress the music press with political blues that, despite their ominous presence and lack of engagement with the media, makes waves. One of two releases in 2020, Sault's 'Untitled (Rise)' was widely acknowledged as one of the finest albums of last year with a seductive sound and a message that is defiant and uncompromising. Sault truly deserve this nomination, and many more.

No shows on sale for Sault right now, but keep an eye out here in case one gets announced!

Wolf Alice's 'Blue Weekend' makes history as the band's third Mercury nomination - making each of their studio albums a nominee! Their previous record 'Visions of a Life' was a Mercury winner only back in 2018. But, it wouldn't surprise us if the band snapped up another win with what is widely considered to be their most ambitious and skilful release to date. 'Blue Weekend' is an amalgamation of all the band have learned and experienced in the last decade,  and is a most sublime return.

Wolf Alice are touring the UK in 2022! Newcastle and Manchester still have a handful of tickets left, but the rest are sold out! So keep an eye out on Fan To Fan for any resale tickets.