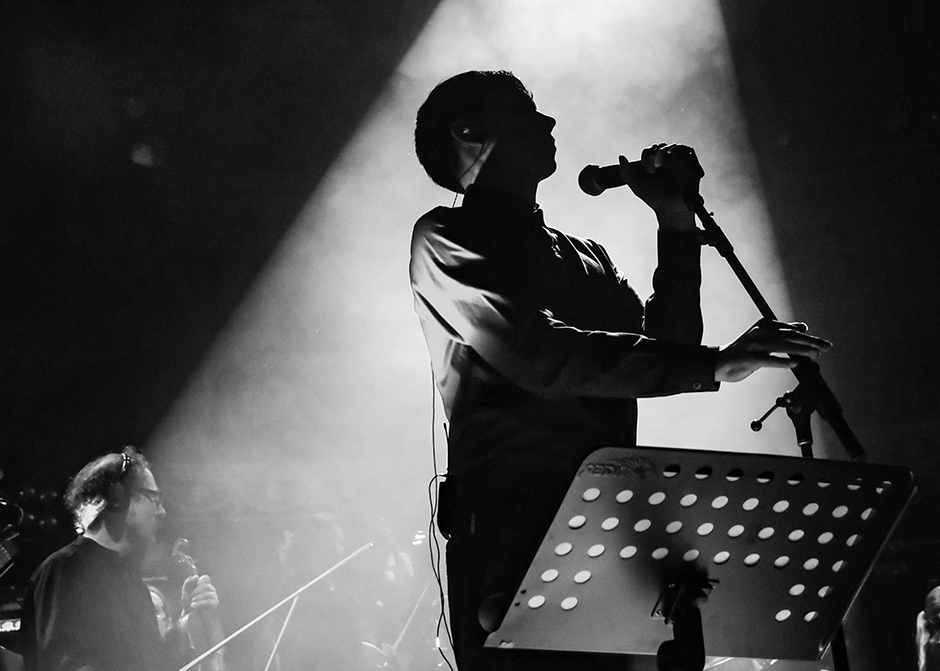 In 2019, Joy Division’s legendary bassist Peter Hook embarked on the first show of his special partnership with the Manchester Camerata to bring to life ‘The Sound of Joy Division Orchestrated’ - a special celebration of one of the most influential bands in music history. With two upcoming performances in London and Manchester, we spoke with Peter Hook about how the show came about, what Joy Division’s legacy means to him, and more!

How did the collaboration with the Manchester Camerata come about?

Well the thing is we’d been working with the Camerata on Hacienda Classical for a number of years and we’ve developed a good relationship. Our musical director, Tim Crooks was always asking to get his hands on Joy Division.

It took me a bit of time to come round to the idea but after we’d worked with them for around three, four years it actually seemed quite natural. When we came to do it, it added something to my mind that made it wonderful and unique.

What was the first Joy Division Orchestrated show like back in 2019? Were you nervous about performing these songs live again?

Well I wasn’t nervous about performing live since I’ve been doing that regularly since 2010 but to play Joy Division Orchestrated for the first time was terrifying due the expectation of the fans. The band is so valued and respected so you are conscious of people’s feelings towards it, but ultimately, you’re doing something which you hope adds to the music which people appreciate and enjoy.

I’d heard the Kronos Quartet who were the first orchestra to look to translate Joy Division and I was really impressed with their versions. I found they gave it great feeling and inventiveness. It was quite thrilling to hear them handle the catalogue so differently and that spurred me on to try and get as much emotion across as I could into the orchestrations which in many ways you wouldn’t be able to do with a normal group format.

This year is the first time you’re bringing this show to Manchester – how special will it feel bringing it to the place where it all began?

It won’t be special in the way that you’ve done it before, but the interesting thing is that the Apollo has always been something to aspire to as a band. When we started out as Joy Division the main ambitions were to appear on Top Of The Pops, and to play the Apollo, so every time you do it seems like a wonderful realisation of those dreams.

Yes, it will be special in that Manchester gigs always bring their own problems. Massive guest lists, but ultimately it is your home, it is where you began, and I’m very glad to return.

How does performing with an orchestra compare with performing as a band?

The respectability of having some 40 players is made a lot easier by Tim’s command of holding the orchestra. I work closely with Tim on the translations of the material but the day to day running of the orchestra is Tim’s call and it's quite interesting to be a player, as it is with Hacienda Classical, where the main authority is the conductor. It’s a different position to be in for me after all these years.

Which songs do you particularly love performing the orchestral version of?

The ones that are the most radical are the ones that most appeal to me. Natalie Findlay, Bastien and Mica Milla have all been exceptionally good as vocalists in bringing a new feel to the versions so yeah it does make for very dramatic versions of the songs.

My favourites are probably 'New Dawn Fades', 'Means To An End', and the piano version of 'Love Will Tear Us Apart'. In fact all the tracks that are on the upcoming EP.

I didn’t know what to call the EP so I looked up the top ten quotes from Ian Curtis which were broken down into key words. And the words on his first quote were “Dreams”, “Reality” and “Forever”. I thought that summed up Joy Division quite well since we started with the dream, then we had the reality which was good and bad and is open to interpretation and then it became forever which is the thing that is synonymous with Joy Division, because they will last forever.

It’s been 42 years since the release of ‘Unknown Pleasures’ – how does it feel to have been part of such an influential album that has had such an enduring impact?

I can’t believe myself that it’s been 42 years. Joy Divisions allure and influence just seems to grow and grow. People see and pass the music from generation to generation, and I suppose as a musician it has to be the biggest compliment in the world.

If you could choose any one album – not Joy Division – to be given the orchestral treatment, what would it be and why?

Groundhog’s 'Split', just because its such a very loop based album so you could give them a very different feel and also James Gang 'Ride Again', they’re both two I’d like to try which I think could lend themselves to it.