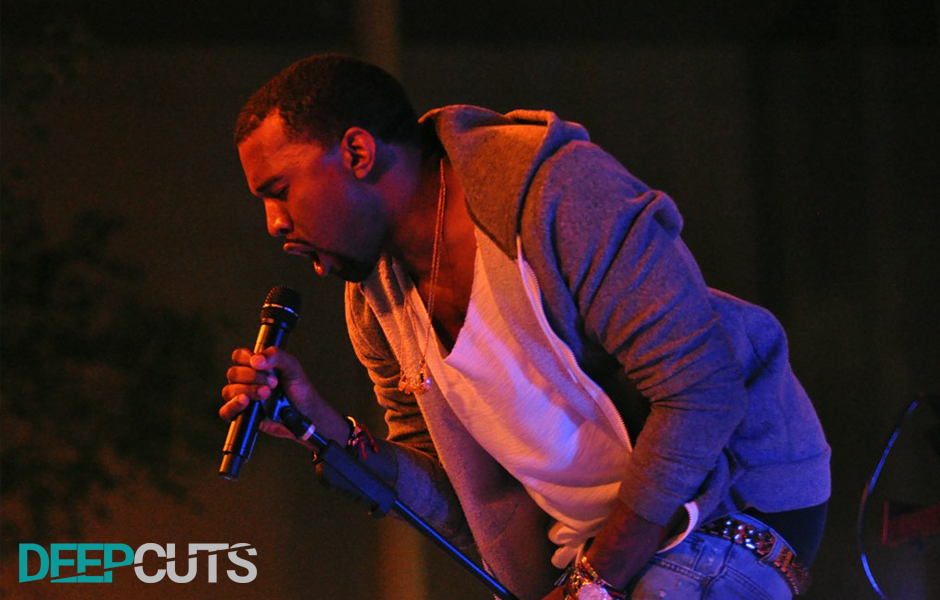 In this latest instalment of Deep Cuts, we thought we would dive deep into the catalogue of Kanye West, in celebration of his tenth studio album 'Donda' being released this past weekend.

While the rapper has had many public controversies throughout his career, his creative and visionary ability is undeniable. He is a force in the music industry. Kanye has released some of the most iconic songs this side of the millennium including 'Gold Digger', 'Heartless', and 'Power' to name a short few.

So, we have collated some of our favourite, lesser known Kanye songs for those who haven't already familiarised themselves with the entirety of his catalogue!

Paying tribute to the people who supported and raised him, 'The College Dropout’s' ‘Family Business’ is one of Kanye’s more diverse tracks and certainly stands atop our list of Deep Cuts.

Sampled from the original track ‘Fonky Thang, Diamon’ Rang’ by The Dells, in comparison to the rest of the album, West’s rapping style shifts to a more emotive narration which is humbled by the grassroot rhythm of the Gospel choir.

As a result, the track reminds listeners of Kanye’s unparalleled ability to put his own spin on tunes of the past and bring them to life on a world-wide scale. However, it shows he remains the Chicago born family-man he’s always been.

I Need To Know

This one is from his 2004 mixtape 'Freshman Adjustment Vol 1', and it's everything we love about old school Kanye. Yet another demonstration of Kanye's ability to add his spin on songs of the past, this song contains a sample from Zulema's 'It Will Never Be The Same Again' and pays homage to Eminem by interpolating one of his verses from 'Dead Wrong' by Notorious B.I.G.

In this epic track, Kanye West uses two samples; one of the vocals from Elton John’s ‘Somebody Saved My Life Tonight’ and another from good friend Jay-Z’s ‘The Ruler’s Back’.

'Good Morning' is the opening track to West’s third studio album 'Graduation'. The first fierce drum-beat followed by a hollow chant captivates listeners from the get go and only gets better as the track runs through. West effortlessly aligns synthesizers, strings and a rumbling bass to show fans that his music is continuously transforming and bouncing old ideas into new realms of art.

Kanye West, Jay Z and Frank Ocean seems to be the recipe for heaven to the ears. From the 2011 collaborative album 'Watch the Throne' which features the infamous 'No Church in the Wild', this song sits in the album as a ballad with emotional heft and sentimentality. The song explores the American dream. In just one verse Kanye reflects on his come up to fame, describing his hustle and his own journey of how he made it in America.

Complete with echoing vocals, eerie soul and clean production, Kanye West’s ‘Runaway’ doesn’t shy away from experimenting with sonics. It invites the listener to dissect each component of the track. Posing as a stark contrast to his 2008 release ‘808s & Heartbreak’, ‘Runaway’ resides on ‘My Beautiful Dark Twisted Fantasy’. The album is heavily applauded as one of West’s best and most soul bearing albums to date.

Pitchfork comments: “Lonely piano plinks gradually find company amid string whooshes and beautifully melodic puddles of bass. After Pusha T gets done his gentle snarl of a guest verse, Kanye returns with the sort of heartbroken, resigned singsong, finally ripping away from the bravado he shows so well.”

In For The Kill

Here's a little hidden gem from 2009. Kanye West collaborated with La Roux in a remix of this iconic '09 song.