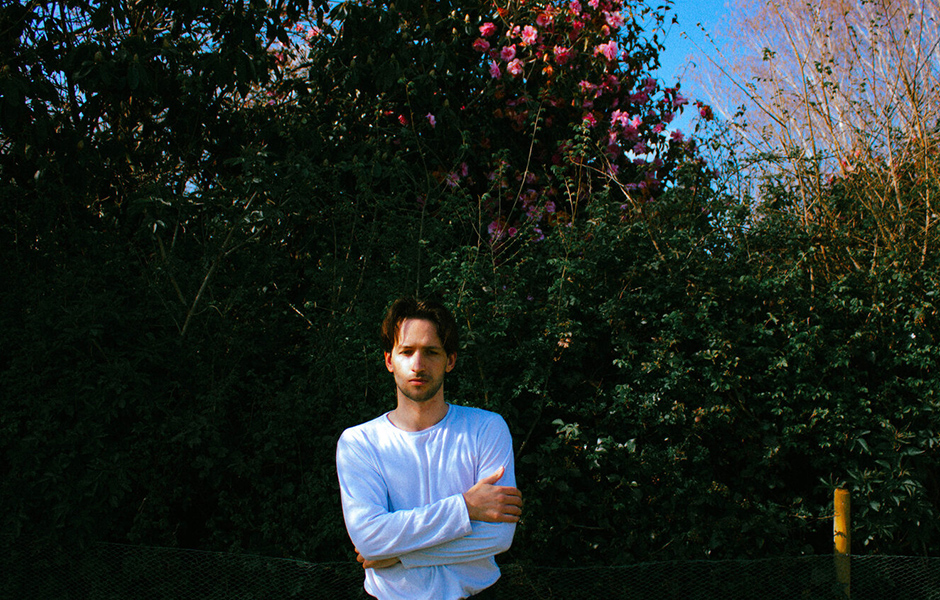 Singer, multi-instrumentalist and producer Joel Johnston - known professionally as Far Caspian - will be releasing his debut album 'Ways To Get Out' later this year. The follow up to two highly praised EPs, Far Caspian's debut will see an evolution in sound and a better than ever production from the DIY artist.

Ahead of his UK tour this October in support of 'Ways To Get Out', we spoke to Joel about how the album came to be and how his music speaks to disillusioned twenty-somethings.

DIY has always been the Far Caspian approach to creating music. How do you feel this benefits your sound, and what is it about doing things by yourself that really appeals to you?

I love collaborating with other musicians in different forms but for my own music I prefer to work by myself. I’m quite particular with my sound and I’m as passionate about production as I am writing so it makes sense for me to produce myself.

I like the idea of getting better at mixing/production with each record so people will see a progression in my work as I move forward.

You've just announced Far Caspian's debut album, 'Ways To Get Out', out in October - that must be really exciting for you! What can we expect to hear from the album, and how does it compare to your releases so far?

Very exciting, also very nerve wrecking! It’s a collection of songs that I’ve written over the past few years so the styles change throughout. There some really synthy stuff but then some folk inspired acoustic songs. I wanted to try do something different from the first EPs so there’s a lot less reverb overall and I think the production and mixing sounds a lot better.

What was the process like of recording this album? Talk us through how 'Ways To Get Out' came to be.

I moved back to my parents house last year when lockdown happened and brought all my studio stuff with me. I set up in the back garden shed and made the record in there.

If I’m honest I didn’t enjoy much of the process, I had a few stints of writers block and was putting unnecessary stress on myself to make something amazing. I’d pretty much wake up around 9am and go to the shed at 10am until midnight or 1am. Sometimes I wrote two songs a day and sometimes I just napped on the sofa and felt sorry for myself. It was very sporadic!

It sounds as though 'Ways To Get Out' is an album that many twenty-somethings will relate to. How much of the album is inspired by real life and your own lived experience, and how much is just storytelling?

A lot of it is based on real life experiences. I just based it on things I had experienced throughout my early twenties up to now (27).

From what I’ve gathered when we were all teenagers, we thought our twenties would be this amazing time when you’ve got everything figured out and you’re travelling the world and falling in love. There’s been hints of that for me but I think a lot of it has been a stress trying to figure out where I sit in life and what I want, or if it’s even possible to achieve. Graduating with an arts degree and having the realisation that you have no job prospects was a big one. It made me realise the difference between 18 and 22. There’s new hope at 18 finishing school and going out on your own to experience a new life. By 22 I had taken on loads of new stress and worries that didn’t concern me as a teenager under my mum's wing.

I wanted to capture those feelings of unworthiness and hopelessness wrapped up in something that felt uplifting. At the end of the day there were plenty of great experiences in those years too, like making new and likeminded friends, falling in love with someone and becoming more mature in your mind and understanding yourself better. So I wanted to include those too, as for me they’re more important than the stresses.

When touring, you perform with a full live band. Do you feel as though this changes Far Caspian's sound at all versus the recorded versions, or gives the music you write solo a different vibe?

We’ve been rehearsing for this next tour and I’ve purposely been much looser with the approach. I sent everyone their parts, so at least we have that down and we’re not playing completely different parts, but I’ve said to take their parts wherever they feel it should go.

It’s nice having different personalities and abilities playing the parts I wrote and recorded because you can hear the slight differences in how they’re played. We’ve also been working on building up the songs more and adding in extras. My friend Tom who plays saxophone will be touring with us on the next tour. I just want to keep growing the band until there’s like 12 of us on stage, LCD Soundsystem style.

The pandemic has left a lot of people hungry for live music. How long has it been since you last performed a live Far Caspian show and what is it that you've missed the most?

The last show I played was at Electric Brixton supporting The Jungle Giants in February 2020. A pretty nice way to send it off, but at the same time that was a massively inspiring experience for me so I felt deflated for some time afterwards when everything got locked down.

The thing I miss most is just being able to see and meet people who support me. The last year has essentially just been numbers on a screen, or likes on Instagram. It’s real people, but it isn’t real life. I’d be much happier with 20 people in a room together watching a show of mine than 1000 Instagram likes. I can’t wait to be able to share the new songs with a room of people and see how they react to it. There’s nothing better.

Far Caspian will be touring the UK in October! Grab yourself a ticket today.