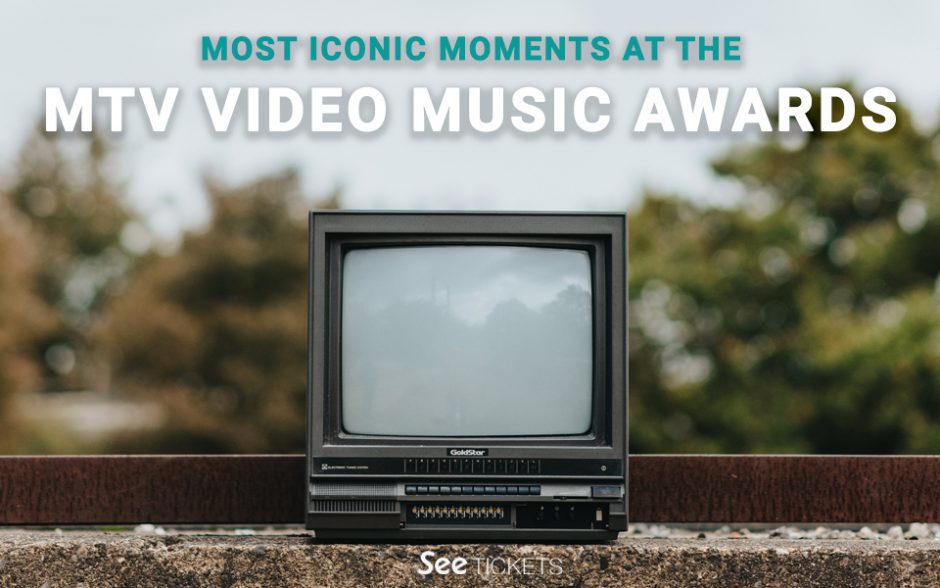 With the MTV Video Music Awards taking place this weekend, we thought we'd take a look at some of the most iconic and unforgettable moments of past VMA's...

Remember Britney's iconic performance back in 2001? The one where she danced with a huge Python and shared a cage with a Tiger? Of course you do. Before her performance, animals campaigners PETA wrote Britney an open letter begging her to not use animals on stage, and looking back, they had every right to. Time and hindsight is a powerful thing. What's hard not to ignore when looking back at the footage is how incredible Britney is as a singer, dancer and performer... a true icon.

Forever pushing the boundaries, Madonna's performance of 'Like a Virgin' at the first-ever VMA's has cemented itself as one of the more iconic moments in pop culture history.  Madonna descended from the ceiling on top of a 17-foot wedding cake in a white wedding dress, shocking the audience when she (accidentally) got her dress stuck above her head. After the show, her manager told her she had ruined her career forever... oh how wrong he was, she's now the Queen of pop after all.

Miley and Robin's balmy performance in 2013 gained recognition, albeit slightly controversially when they performed a raunchy rendition of 'We Can't Stop' and 'Blurred Lines' on stage. It was during Miley's 'Bangerz' era, where she said goodbye to her Disney Hannah Montana phase forever.

Beyonce revealing her baby bump at the 2011 Video Music Awards

Beyonce announced she was pregnant with her first child, Blue Ivy, back in 2011 during her performance of 'Love on Top', announcing to the audience: “I want you to feel the love that’s growing inside of me", and then confirming the news further by unbuttoning her sequin Dolce & Gabbana jacket to reveal her baby bump. Awww.

Speaking of Beyonce, remember that awkward, cringe-inducing moment when Kanye interrupted Taylor Swift's acceptance speech for 'Best Video', telling the audience that "Beyonce had one of the best videos of all time" and insinuating that Swift shouldn't have won, resulting in the long-lasting feud between the two...

In 2000 Eminem sparked confusion and shock by walking through the streets of New York and onto Radio City Music Hall with 100's of Eminem clones...  His performance was the first of its kind - no VMA's show had ever started outside and been brought on stage - earning him a spot on our most iconic moments list.