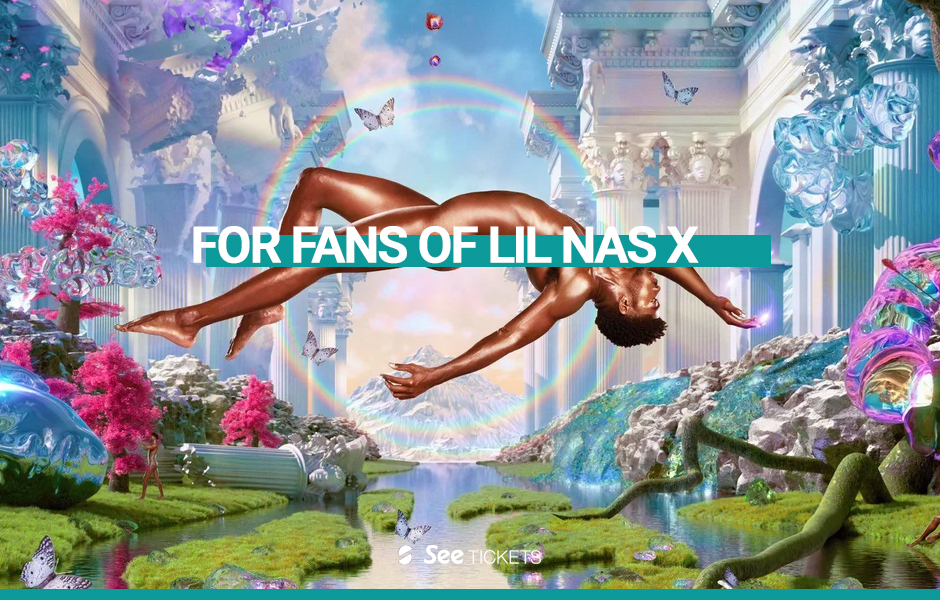 Lil Nas X rose to fame with his record-breaking single, 'Old Town Road' back in 2019 and the anticipation of his debut album has been whirling around ever since. Well, 'Montero' is finally here, and it's AMAZING. The Guardian have described it as 'pop-rap at its proudest, biggest and best', Rolling Stone said 'the young legend’s long-awaited full-length debut is a subversive delight' and we in the See Tickets office have been listening to it on repeat.

Lil Nas X hasn't been on our radar for too long but he's already cemented himself as one of the most iconic queer mainstream rappers of all time. Sadly, he's currently not on tour right now, so we have put together a list of other similar incredible artists that are heading out on the road in 2021/2022...

Inspired by hip-hop and bands such as OutKast and The Blackbyrds, YungGravy's music has been described as humorous, satirical and groovy. His energy and music is fun, much like Lil Nas X. He's heading out on tour next year, grab tickets here.

British Youtuber and Rapper KSI has released two top two UK albums in the past 2 years.  Now a well-respected rapper, he gained popularity initially by posting comedy-rap songs onto his Youtube channel. With loads of sold-out shows already, be quick to grab tickets to see him live here.

Abel Makkonen Tesfaye aka The Weeknd, is one of the world's best selling musical artists with over 75 million records sold and one of the most-streamed artsits on Spotify.  Following the release of his huge album, 'After Hours', which came out last year, he's finally heading out on tour this year, get tickets here.

Ashnikko, the alt-pop rapper, is a pop powerhouse in her own right. Having numerous trend-hitting, humourous and witty songs under her belt, she released her debut mixtape 'Demidevil' this year to rave reviews. Her live shows are something to witness, and she's heading to Manchester in December. Sadly, it's sold out, but you can join the waiting list here.

Alternative hip-hop artist and rapper Frank Lopes Jr aka Hobo Johnson and the Lovemakers is heading out on tour after the release of his fifth album, 'Hobo Johnson Alienates His Fanbase' last month.  Take a listen to his unique music above and grab tickets here.