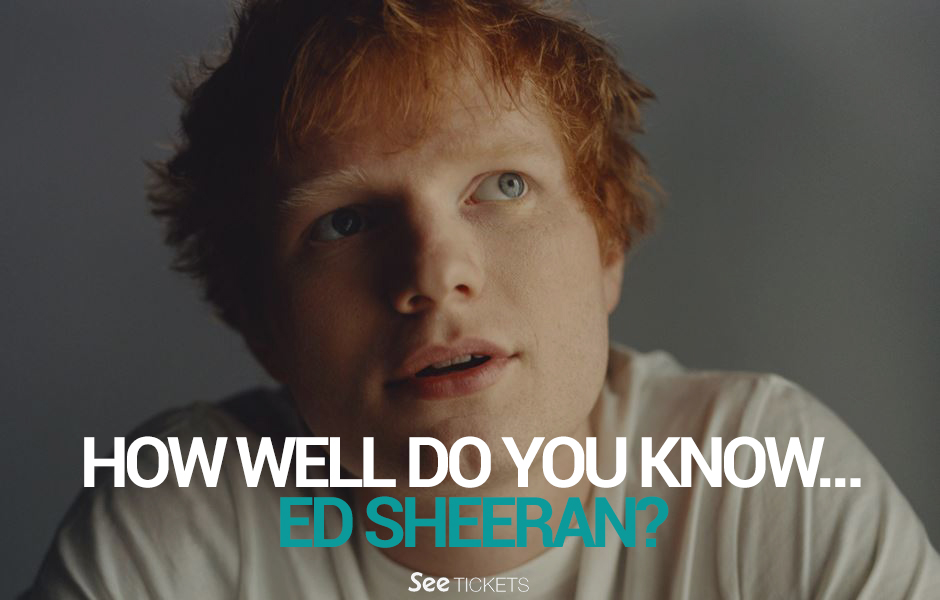 Ed Sheeran is back! With his highly anticipated new album '=' due out in October, Ed has announced the first leg of his  ‘+ - = ÷ x Tour’, taking place in stadiums nationwide across 2022! These will be Ed's first stadium shows since his record-breaking ‘Divide Tour’, which took place from 2017-2019.

We thought now would be the perfect opportunity for you to test out your Ed Sheeran knowledge before catching him live!

Tickets for his tour go on sale Saturday 25th September at 9am and you will need to have your See Tickets account set up to be able to buy your tickets- be sure to check out this blog to find out how you can quickly set one up!

Wow you're a superfan!

Time to brush up on your Ed Sheeran knowledge!

#1. What was Ed’s first number one single?

#2. What year was the singer/songwriter born?

#3. In what year did his critically acclaimed debut studio album ‘+’ get released?

#8. What year was Ed made MBE for his services to music and charity?

#9. What is the name of his record label that he set up?

#11. What fellow ginger appeared in his ‘Lego House’ music video?