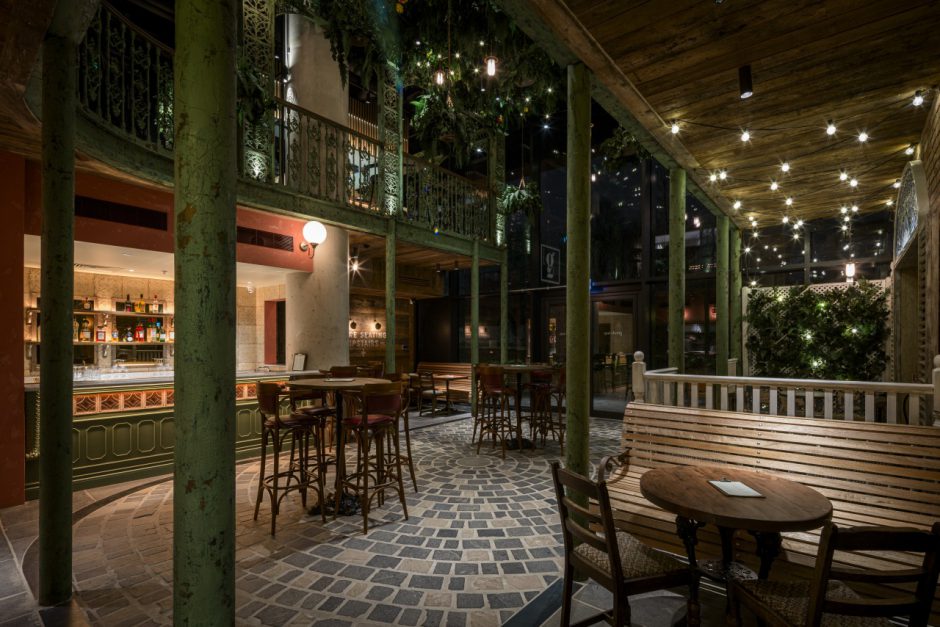 Goods Way - a brand new cultural hub in the heart of King's Cross, London and home to adored local venue Lafayette - has introduced a new live jazz series which will take place every Sunday and showcase some of the UK’s foremost jazz talent. And it's completely FREE!

Performing against the backdrop of their beautiful Courtyard balcony, the next six weeks of artists are already lined up and ready to deliver the ultimate soundtrack for those grabbing a bite to eat, a cup of coffee - or perhaps something a little stronger. Get to know the future of jazz with Irene Serra, Heidi Vogel, Sara Dowling, Corina Kwami, Michael McQuaid and Eikel Venegas below.

Italian-born Irene has performed various styles ranging from jazz, blues, bossanova, gospel and soul in venues in and around London such as the Barbican Centre, Ronnie Scott’s, Pizza Express Jazz Club. She was also a semi-finalists in The Brussels International Young Jazz Singer in 2008 and was the only European finalist in the Shure Jazz Voice Competition at the Montreux Jazz Festival in 2009. All About Jazz says: "Irene Serra’s voice is graceful and sensual, an occasional added vibrato giving it a hint of the chanteuse. The sound is beautiful but melancholy, a match for her lyrics”.

Former Cinematic Orchestra lead singer, Heidi Vogel brings her unique sound and style to classic repertoire, ranging from jazz, soul to bossa nova and Latin American influences.  Performing on stages all over the world including The Big Chill Festival UK in 2010, and the following year graced the stage as support for Erykah Badu at Dubai’s Chill Out Festival amongst numerous other appearances at North Sea Jazz Festival, Coachella, Gilles Peterson Worldwide and Blue Note Jazz Festival. Check out her latest album ‘Turn Up The Quiet’  ahead of her set at Goods Way on 3rd  October.

Voted 'Best Vocalist' at the 2019 British Jazz Awards, Sara Dowling has quickly established herself as one of the most talented jazz singers in the UK. The fabulous fearlessness with which she approaches the act of singing, the burning conviction, the irresistible communicative power and jaw-dropping musicality she brings to it makes Sara one of the UK’s leading jazz vocalists. LONDON JAZZ NEWS was quoted saying “How soon before it will become normal to think about her as one of the best jazz singers this country has?" and we can't help but agree.

Corina Kwami, dazzles with her jazz, soul and samba vocals with Kind of Jazz stating: "She impressed immediately with her powerful voice, before delivering a fine scat solo". Often performing alongside her own band “Corina Kwami & the Swing Selection”, her inspiration in jazz is flavoured with influences such as stride piano, West African high-life, Irish folk music and soul. She is motivated by the story-telling power of jazz and its potential for connecting people across cultures.

Australian multi-instrumentalist, and now London resident, Michael McQuaid plays jazz and swing from the 1920s and 1930s with remarkable energy and originality. He performs on clarinet, saxophones and trumpet with incredible hot combination The Vitality Five, his own Michael McQuaid’s Swing Stars, and the recently formed Michael McQuaid Saxophone Quartet. He was nominated for the Bell Award for Young Australian Jazz Artist Of The Year 2006 by Graeme Bell AO, MBE, after whom the awards are named.