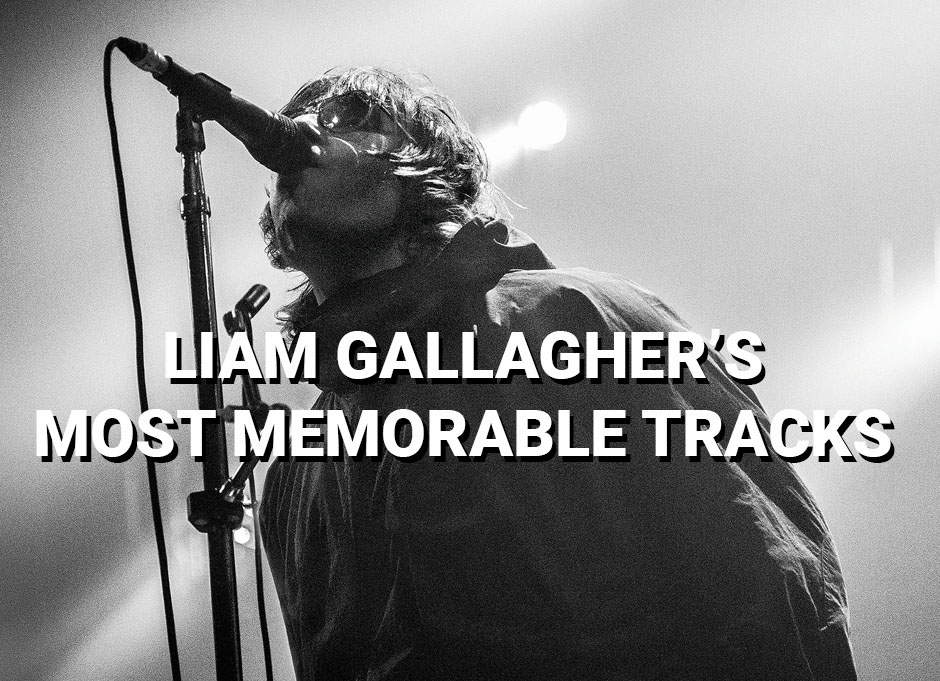 What is there to say about Liam Gallagher that hasn't been said before? A seminal icon famed for providing vocals in Oasis before venturing on a solo endeavour via a stint as the front-man of cult favourites Beady Eye; he has offered some of the biggest, boldest and brilliant hits of the past quarter of a century.

With a discography packed with ballads, anthems and everything in between - we have compiled our favourites that have stood the test of time ahead of his return to Knebworth Park next summer, where he will perform his biggest solo headline show to date alongside Kasabian, Michael Kiwanuka, Fat White Family and Goat Girl.

Where better to start than with a fan-favourite and one of Liam's best vocal performances? 'Slide Away' was the penultimate track on Oasis' sublime debut LP, 'Definitely Maybe', and continues to echo through indie bars across the country - as well as being a regular inclusion on LG's setlists since he embarked on his impressive solo career. 27 years since its release, 'Slide Away' has certainly been a track that has stood the test of time and we would LOVE to hear it belted out at Knebworth Park next June.

Beady Eye were - in our opinion - criminally underrated, and the fact that 'The Roller' is the only track of theirs to break into the UK's top 40 charts is shocking. Those who did appreciate Liam's first post-Oasis band will be well aware of the third single from their debut LP, 'Different Gear, Still Speeding.' With snarling vocals and a nod to the attitude and swagger of his formative years; it signalled that LG didn't plan to flip his signature sound on its head, but instead stick to what he knows but with a refreshing approach.

For What It's Worth

A reflective, mid-tempo ballad from the rock 'n' roll star here. Originally featuring on his maiden solo LP, 'As You Were', Liam Gallagher calls it "the most Oasis-y kinda song on the album," and 'The Guardian' echo this - calling the track "as great an anthem as he has sung in 20 years." While we've come to love a gritty and energetic approach, it is somewhat refreshing to hear a different angle from LG.

Like 'Slide Away', 'Champagne Supernova' is one of the most iconic tracks to come out of the '90s and one that remains as impressive now as it was when we first heard it back in 1995 on '(What's The Story) Morning Glory'. Recently featuring on Liam's 'MTV Unplugged' setlist live at Hull City Hall, there is no denying the brilliance that both he and the song holds. It was the final track of the night and one that was most definitely worth the wait!

Released as the third double A-side single from Beady Eye's second and sadly final LP, 'BE', 'Iz Rite' is a three-and-a-half soulful offering with not-so-discreet tones of Liam Gallagher's influences. You can pluck reminiscent soundscapes of everyone from Cast to The Beatles across 'Iz Rite' and when combined with Gallagher's swaying and nonchalant vocals, the result is brilliant.

When 'Wall Of Glass' - aka Liam's debut solo single - was released back in 2017, it was an instant classic and dubbed a 'return to form' by critics. He performed the monster single at 2018's 'NME Awards' to a fantastic reception, shortly after he was crowned 'Godlike Genius', and it has remained one of the cornerstones of his setlists ever since. 'Five Rise Records' sum up the single, saying "it’s hard to recall a time he’s sung better, it’s like hearing him for the first time again, the same yearning menace that claimed a million hearts by the end of 'Supersonic'’s first chorus. His voice is definitely on point."

Liam's acoustic offering is one of Oasis' best-loved tracks and the first that was written by the former frontman. Originally featuring on the band's fifth studio LP, 'Heathen Chemistry', 'Songbird' clocks in at just over two-minutes long but the its simplistic elegance lasts long after the track ends. Oasis' lyrics during the 'Heathen Chemistry' era were some of their finest and most fruitful, and 'Songbird' proves exactly that.

Putting their footballing rivalry aside, the Manchester City fanatic acts as Manchester United legend Eric Cantona's butler in the music video for 'Once.' A few decades ago it would be chaos to put two of the biggest egos together, but this is the new and more mellow Liam Gallagher and one that calls Cantona "the last rock 'n' roll footballer."

Described as "spikily vitriolic" by 'The Guardian' and self-described as "straight up in your face, a bit of punk rock," 'Greedy Soul' is an excellent return to the glory days of Oasis' energetic releases. It has remained an essential part of his setlist - being performed more than 150 times since its release in 2017 - and is rapidly cementing its place as one of Liam Gallagher's finest and fiercest releases to date.

Originally released as a B-side to 'Some Might Say', 'Acquiesce' is one of the strongest and most mesmerising tracks from Oasis' back catalogue and one that could have definitely been a stand-alone release. Later joining their compilation 'The Masterplan' alongside other non-single-favourites such as 'Talk Tonight' and 'Stay Young'; 'Acquiesce' has gone on to be one of the biggest and most memorable indie tracks of all time.