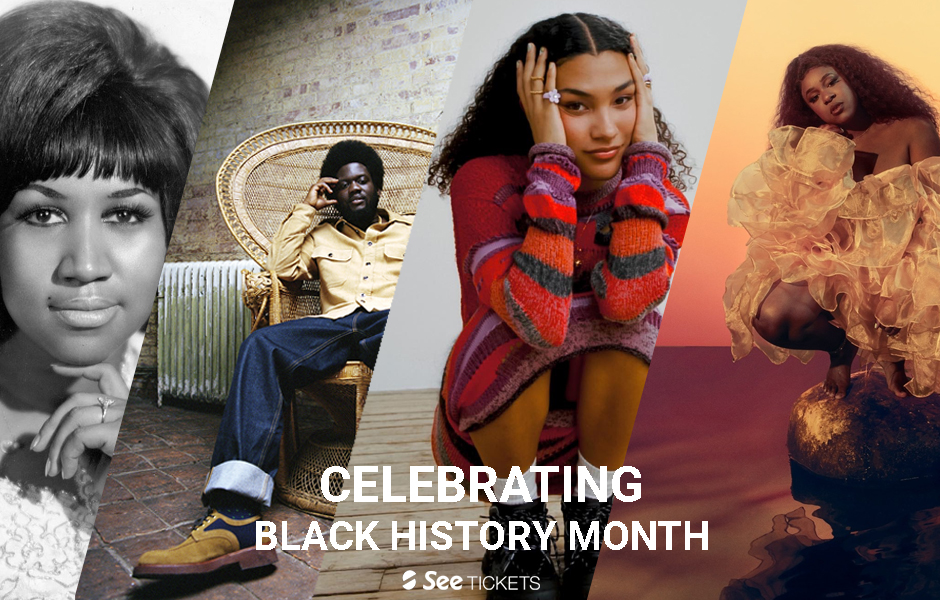 This October we are celebrating Black History Month by highlighting some of the iconic black artists that defined a generation through music and those who are rising stars in their own right.

We are here to commemorate the contributions that black artists have made to music and given us the pleasure of listening to throughout the world, from hip-hop to jazz to soul and gospel and so much more.  Although it was hard to narrow down, we've rounded up some of our favourite iconic and rising black musicians below, and created a playlist for you to listen to. Play it loud and celebrate with us!

The 'Queen of Soul' emerged onto the music scene in 1966 with hits like, 'Respect', '(You Make Me Feel Like) A Natural Woman', 'Think', 'Say a Little Prayer' and 'Chain of Fools' to name a few. The singer, songwriter and incredible pianist was a Gospel prodigy in her own right and became a civil-rights champion throughout her illustrious career, where she has also received numerous honors including being the first-ever female performer to be inducted into the Rock and Roll Hall of Fame. Rolling Stone magazine ranked her number one on its list of the '100 Greatest Singers of All Time', and said of the star "Franklin’s voice raised and defined her. Nobody came close to touching it, though she emboldened many others to follow her — Patti LaBelle, Gladys Knight, Natalie Cole, Chaka Khan, Whitney Houston, Alicia Keys and Beyoncé among them. " - Georgia 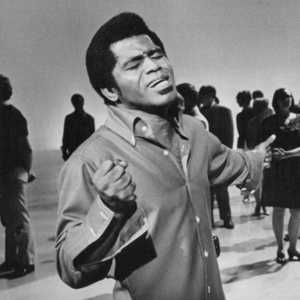 Known as the ‘Godfather of Soul’, James Brown was and still is one of the most iconic funk and soul artists of all time. With timeless classics like ‘I Got You (I Feel Good)’, ‘It’s A Man’s Man’s, Man’s World’, ‘Get Up Offa That Thing’ and so many more. Rolling Stone ranked him 7th in the 100 Greatest Artists of all time, and when you listen back through his discography it is clear why. Alongside his musical contributions to the world, Brown was a keen social activist having experienced a turbulent childhood in the rural south. His activism was reflected in both his song writing (‘America Is My Home’, ‘ ‘Say It Loud- I’m Black and I’m Proud’) and in his campaigning of the importance of school amongst children and specifically those from disadvantaged communities. His legacy remains as being one of the most influential musical pioneers, inspiring artists from Michael Jackson, Mick Jagger to Jay-Z. - Abi 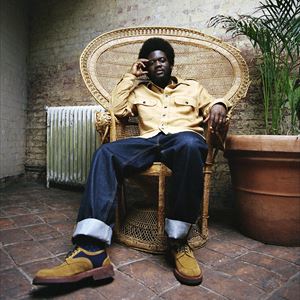 Michael Kiwanuka is undoubtedly one of the finest singer-songwriters of his generation. With soulful ballads and blissful vocals, his debut single ‘Home Again’ is one of the finest and most beautiful tracks you will ever hear – and one that is as brilliant nine years on as it was back in 2012. Since then, he has released three albums (‘Home Again’, ‘Love & Hate’ and ‘Kiwanuka’) and scooped several awards in the process, including the coveted Mercury Prize for third LP ‘Kiwanuka’ (which all of his previous albums were nominated). Most recently it has been announced that he will be Liam Gallagher’s special guest for his return to Knebworth Park – this will undoubtedly be a phenomenal performance from Kiwanuka and one we can’t wait to see! - Callum 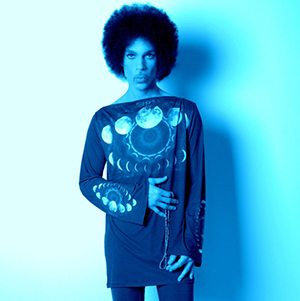 Prince was an undeniable icon, through and through. Since his breakthrough into superstardom in the 80s, Prince was responsible for pushing boundaries with his revolutionary music career, non-conforming approach to gender and sexuality, and his refusal to be taken advantage of in the cut throat music industry. His prolific offering into the world of music is unrivalled, with 39 studio albums - including the iconic Purple Rain' and its accompanying motion picture of the same name - and rumours of a wealth of unreleased content stored in a private vault. He was also credited with writing huge hits for a number of other artists including 'Nothing Compares 2 U' by Sinead O'Connor and 'Manic Monday' by The Bangles. Prince was an inspiration to generations of artists, and his influence on pop culture and music is still felt today, five years since his untimely death. No doubt, it will be remembered for decades to come. - Sarah 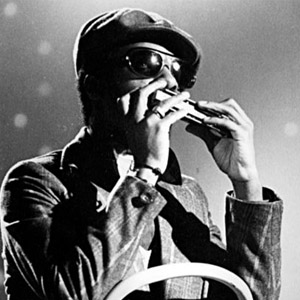 It’s hard to deny the impact that Stevie Wonder has had not just on funk but on all musical genres. A Stevie Wonder album flowed from beginning to end, Stevie often putting in meticulous thought into writing around a particular theme. He was also the youngest artist to ever top the charts, scoring a number one hit with his single ‘Fingertips’ when he was just 13 years old. He has sold over 100 million records globally, won 25 Grammy awards, and solidly earned his place in the Rhythm and Blues Music Hall of Fame, Rock and Roll Hall of Fame, and Songwriters Hall of Fame. - Michael 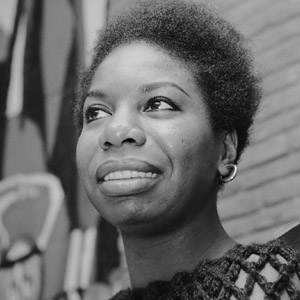 Born Eunice Waymon on 21st February 1933, Nina Simone, is without a doubt one of the most important, influential, and inspiring people in the history of music and black history as a whole. She has pioneered the journey towards tackling racism and used her music as a tool to get people to wake up, listen and instigate change. Fed up with the country’s racial unrest, the high priestess of soul began to channel her activism through music with songs like ‘I Wish I Knew How It Would Feel To Be Free’ and ‘Mississippi Goddamn’ – the latter of which was eventually banned on Southern radio stations for addressing the social unjust and promoting idealistic ideals. Friends with Martin Luther King and Malcolm X, the classically trained piano prodigy campaigned for social justice and depicted the effect of stereotyped “colorism” on Black women through tracks like 1966’s ‘Four Women’. Nina Simone released over 40 albums during her decades-spanning career including studio albums, live versions, compilations, and scored 15 Grammy nominations. But her highest-charting (and her first) hit, “I Loves You, Porgy,” peaked at #2 on the U.S. R&B charts in 1959. Still, her music would go on to influence legendary singers like Roberta Flack and Aretha Franklin and has transcended through the decades landing on samples in tracks from the likes of Rihanna, Kanye West and Jay-Z. - Hayley 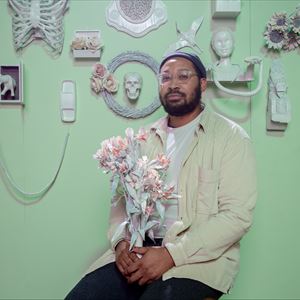 I was first introduced to Bartees Strange’s sound when he released an EP of The National covers titled ‘Say Goodbye To Pretty Boy’ and since then I’ve been hooked. His unique take on typically ballad-y tracks left me intrigued to discover more – then when his debut LP, ‘Live Forever’, dropped last year I was blown away. Featuring ‘Mustang’ (one of my favourite songs of 2020), ‘Boomer’ and ‘Stone Meadows’ – the record would go on to rank highly in my ‘albums of the year’ list and continues to be played over and over again well into 2021. I cannot wait to catch Bartees Strange live when he tours the UK. It will definitely be worth the wait! - Callum 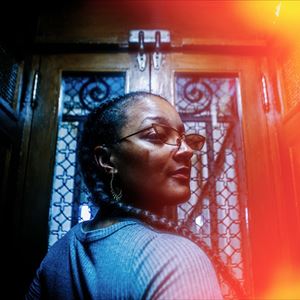 Nubya Garcia is the Camden born saxophonist who is one of the leading forces in the London jazz scene. Her 2020 debut album ‘Source’ has received critical acclaim from Pitchfork, Rolling Stone and The New York Times, and even earned a prestigious Mercury Prize nomination. The album centres around the themes of roots, connections, and history of people. It is an exploration of her identity and heritage, and she beautifully composes a fusion of sounds that take you from London to the Caribbean and all the way over to Latin America. Through her music she aims to keep the stories alive from her family and the black community, as a means of preservation and defence (JazzWise). She is a magical live performer alongside her band, and you can catch her live on tour next month! - Abi 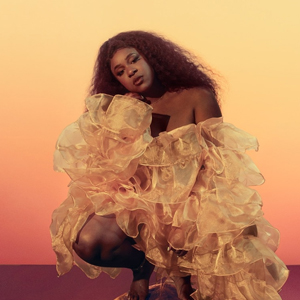 Hailing from East London, singer-songwriter and record producer Nao combines soul with electronic music and R&B, and has previously coined the term "wonky funk" to describe her style.  The Guardian have described her latest album offering 'And Then Life Was Beautiful', as "sensual and gorgeous" and we couldn't describe her sound more perfect than that.  Although Nao has just released her third album, has numerous awards and nominations under her belt (including a Grammy nomination),  and has worked with the likes of Disclosure, Nile Rogers and Kwabs, she is still a rising star and we can't wait to see what she does next! - Georgia 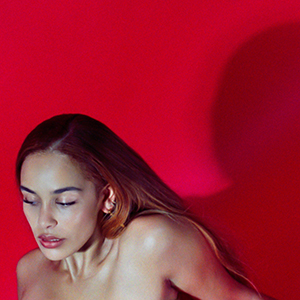 Walsall-born Jorja Smith has been one to watch since 2016 and as a result of years of hard graft - touring and writing constantly – she’s living proof that success in today’s industry doesn’t have to come as a result of coming from London, making it in America or major label support. From humble beginnings, she's seen support and collaboration from a number of international stars including Stormzy, Drake, Kendrick Lamar and Burna Boy. She’s also won a number of awards in her relatively short career, which includes two BRIT Awards and a MOBO Award. From gaining a huge following off the back of her debut single ‘Blue Lights’ - released independently - Smith proved she was a force to be reckoned with, and continues to do so today. Her most recent release ‘Be Right Back’ was widely regarded as her best offering yet, and we can't wait to see where the young star is headed. 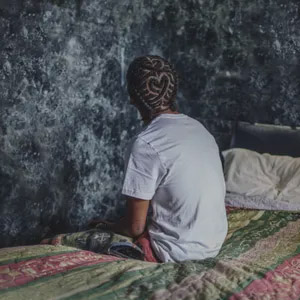 Chicago rapper Chris Crack is embodied by his quick wit, and often profound lyricism. Despite not being strictly new to the rap game, Chris has been consistently releasing multiple albums year after year (he dropped four in 2020 alone!) and has been gaining some well-deserved recognition in recent years with his album ‘Just Gimme A Minute’ being featured in Pitchfork’s ‘best rap albums of 2018’ list. Chris is no stranger to speaking about whatever is on his mind, his songs ranging on topics from racial injustice, to mental health issues, to criticizing hustler mentalities. With plenty of albums to choose from, Chris Crack’s discography will not disappoint anyone looking for something new. - Michael 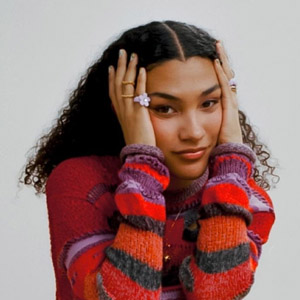 One to watch Olivia Dean has gained a huge following over the last few years since the release of her funk infused track ‘Reason to Stay’ and the anthemic, empowering ballad ‘Be My Own Boyfriend’. The London-born vocalist has spent the formative years of her career breaking down barriers for female and non-binary artists through her undeniably catchy soul-pop tunes and has collaborated with well-known British artists such as Rudimental. Leading up to Olivia’s newest EP release later this year What Am I Gonna Do On Sundays, she shared her newest single ‘The Hardest Part’ which has been welcomed with mass excitement from fans and performed at a plethora of festivals throughout the summer like All Points East, Boardmasters and Wild Paths. - Hayley