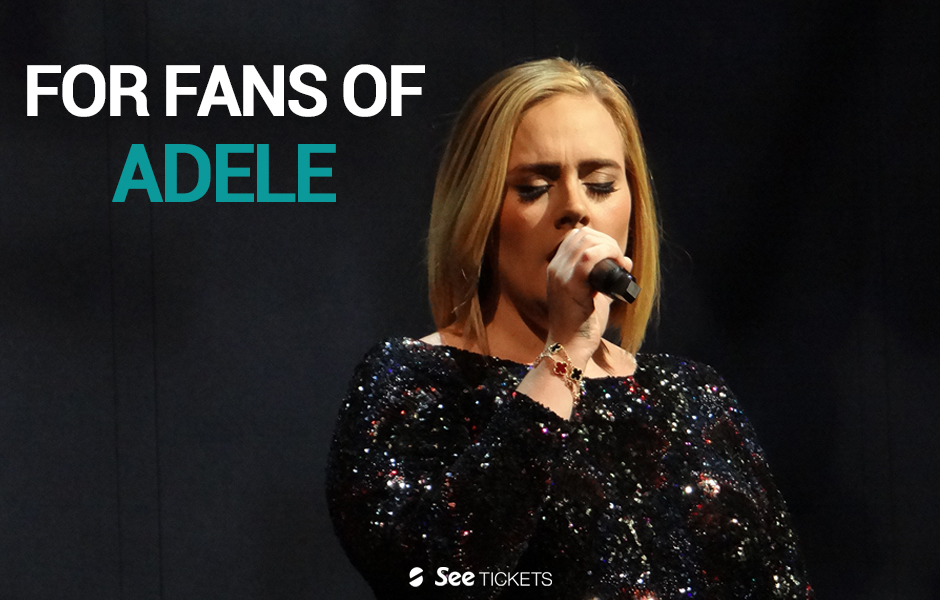 Adele has firmly cemented herself as a global music icon over the past decade. With fifteen Grammy's, nine BRIT awards, an Oscar, and an MBE under her belt, she is one of the most successful artists of recent years.

Having just released her first new music since 2015, her latest single 'Easy On Me' taken from her upcoming album '30' reminds us why we love her. Approaching raw, vulnerable topics with her strong vocals, the ballad gives a taste of what's to come from her new music while retaining that distinct Adele sound. While we patiently await the 19th November to hear the rest of the album, we thought we'd point you over to some other powerhouse female vocalists to check out and catch on tour!

Known for her distinctive retro and eccentric style, double platinum and BRIT award-winning artist Paloma Faith will embark on a huge UK summer tour in 2022 kicking off in June. Just like Adele, she eloquently sings about love, heartbreak and everything in between. These shows will have fans singing along to classics such as 'Only Love Can Hurt Like This', 'Lullaby' and 'Better Than This'.

Having earned comparisons to Amy Winehouse, who was a formative influence of Adele, 23 year old Lily Moore is certainly one to watch. She has distinctive, soulful and powerful vocals, which build 'the perfect foundation for self-deprecating ballads of love and loss' (The Guardian). There are very few tickets remaining for her 2022 shows, so don't miss out!

The English singer-songwriter found fame after being in the ninth series of The X Factor. Despite not winning, she signed to a record label shortly after and went on to release her number one album 'Chapter One' in 2014. She has gone on to collaborate with Rudimental, Tom Grennan, Sigma and more. Next year you can catch her live supporting The Script on their Greatest Hits Tour!

British singer-songwriter Nerina Pallot has released six albums across her 20 year career and been nominated for a BRIT and Ivor Novello Award. Inspired by the likes of Kate Bush, Nerina is a master at piano and pens heartfelt songs that penetrate even the toughest of hearts, equal to the ability Adele has. See her at Nocturne Live at Blenheim Palace, alongside David Gray and James Morrison!