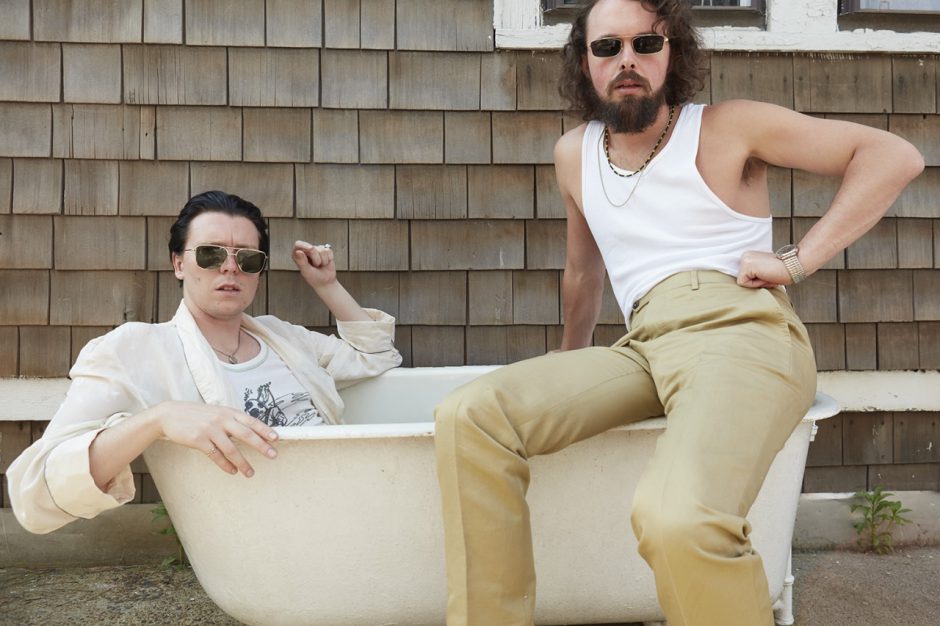 It's been eight years since Australian singer-songwriter Alex Cameron released his debut record 'Jumping The Shark'. In the years that followed, the high-concept - often tongue-in-cheek - performer has collected a number of high profile fans in the form of The Killers, Sleaford Mods and even actor Russell Crowe. But what is it about Alex Cameron that has attracted such attention during the past eight years and three album releases? In the wake of his latest track 'Sara Jo', we've made him our Artist Spotlight this month to let you know exactly what he's got to offer, and why you should grab a ticket to see him live in 2022.

Cameron - along with his business partner and saxophonist Roy Molloy - has collaborated with a huge number of esteemed artists during his career, including the likes of Angel Olsen, Justin Nijssen of Foxygen, and Brandon Flowers. A regular songwriter for The Killers, Cameron has contributed songs to the band's fifth and sixth studio albums. He also toured as support with The Killers in 2017 in the UK and US. Brandon Flowers made an appearance on Cameron's second studio album 'Forced Witness' in the single 'Runnin' Outta Luck' and album closer 'Politics of Love'.

What is perhaps most notable about Alex Cameron is his high-concept songwriting. 'Jumping The Shark' saw Cameron adopt the persona of a failing entertainer, most vividly in 'The Comeback'. In its follow-up, 'Forced Witness', Cameron told the stories from the perspective of terrible men. It's uncomfortable in places, but by design. In his songs, Cameron is able to construct narratives and fictional characters that you despise. But, they're characters that you've most likely met before. Predators (in 'studmuffin96'), and victims of toxic masculinity ('Marlon Brando'). It's familiar and unsettling, but the music that accompanies it is impossibly infectious, often thanks to the sublime saxophone that Cameron's dear friend and business partner Molloy brings to the track.

In his third and most recent release, 2019's 'Miami Memory', Cameron for the most part did away with the characters and penned songs inspired by his relationship with actor Jemima Kirke. Kirke has been a collaborator with Cameron since 2017, when she appeared in the video for song 'Stranger's Kiss'. Since then she has either appeared in or directed three further videos for Cameron.

In 'Miami Memory', Cameron writes what he considers his first love song to his now-wife, but in a typically unconventional way. In 'Divorce', he explores the more trying moments of a relationship, where insults are thrown before you have time to take them back. The album 'Miami Memory' tackles themes which steer away from the characters and the stories and draw on personal experience, evident in songs like the heart-wrenchingly mournful 'End Is Nigh'.

This week, Alex Cameron returns after a couple more short releases since 'Miami Memory' (2020's demos EP 'Miami Memories' and 2021's covers of 'Islands In The Stream' and 'Midsummer Nights'). Ahead of his European tour in 2022 comes 'Sara Jo', his latest single. It's undeniably Cameron. We see his unique ability to infuse humour and wit into his music without crossing the line into comedy rock. The video features Cameron showcasing his best signature dance moves, accompanying the song that broaches the subject of misinformation. It's about realising that sometimes what you once believed was true, may not in fact be reality. In these introspective musings, he sings "Who told my brother that his kids are gonna die from this vaccine?" and "You never know on which side you'll fall when you're sitting on the fence".

It's both a fine return to form and just a teasing of what's inevitably to come. Dive into Alex Cameron's back catalogue before his UK tour hits the road. We're certain you'll be picking up a ticket before long! Plus, you can listen to his latest track 'Sara Jo' below.

Alex Cameron and his business partner Roy Molloy will be touring the UK in 2022. Find tickets for Alex Cameron shows on the link below!