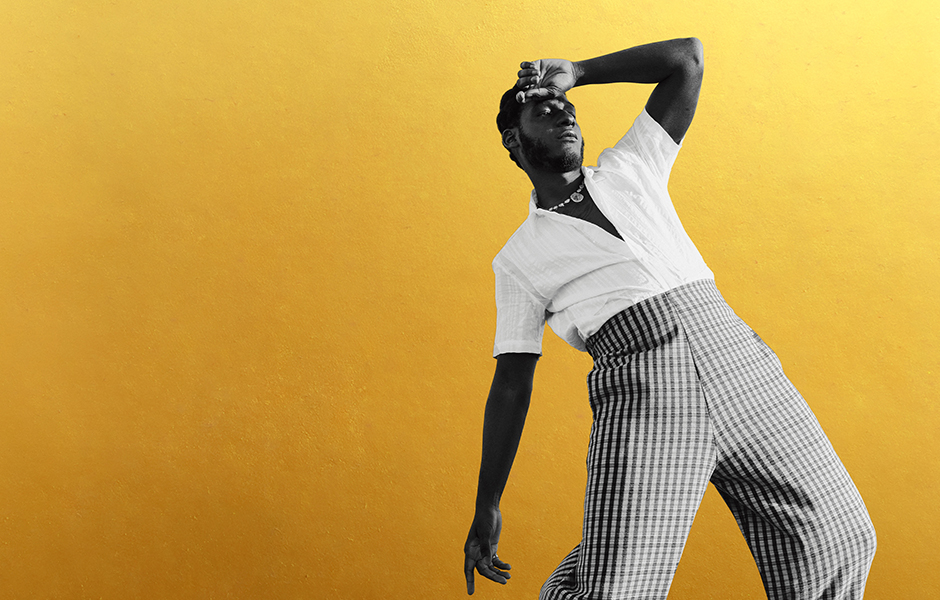 Our Artist of the Month this month is the brilliant, Grammy award winning singer Leon Bridges. It's been six years since the Texas born singer-songwriter arose on the scene introducing us to his vintage soul music and his smooth, sultry vocals.

He released two singles, including his popular song 'Coming Home', on Soundcloud in late 2014. The song quickly gained attention from radio stations and multiple record labels, and ultimately he signed with Columbia Records. 2015 saw him garner more attention following a string of U.S shows including playing support for powerhouse Sharon Van Etten.

His debut LP 'Coming Home' was then released that summer, featuring hits like 'Coming Home', 'Smooth Sailin' and 'River', a beautiful, emotionally charged ballad. His sound was reminiscent of 50's and 60's soul music, with inspiration from the greats like Otis Redding, Sam Cooke and Aretha Franklin. He was warmly embraced by classic R&B fans globally and the album garnered him critical acclaim including a Grammy nomination for Best R&B album.

However, Bridges has not boxed himself into one genre. Instead, he has remained ever-evolving and unpredictable with each new release. His second album 'Good Thing' released in 2018 was an adventurous blend of more contemporary R&B and a slight pop affinity, while keeping the warmth of classic R&B. In an interview with GQ in 2018 he said the debut of this more contemporary sound was more accurately reflecting who he was becoming later into his 20's.

His ability to shift and explore different genres is evident when you look at his collaborators. He has shared the studio with an array of artists with different styles like Diplo, Kacey Musgraves, Noah Cyrus, John Mayer, Shawn Mendes, Anderson .Paak, Terrace Martin, The Avalanches, and Khruangbin, who have just released a brand new EP together.

This ever-changing sound is once more evident in his 2021 album 'Gold-Diggers Sound' which again is another step up into Bridges carving his sound and purpose within his music. The title of the opening track 'Born Again' (ft Robert Glasper) is the perfect illustration of this approach. He makes reference to being born again and therefore finding joy again, while at the end making reference to it still feeling good to 'come home' - a delicate nod to his earlier music and sound.

On the album Bridges finds the unlikely sweet spot where R&B, jazz, soul, afrobeat and psych co-exist in a deeply personal record that moves his musical narrative two steps left and ever forward-facing - once again earning him a nomination for Best R&B Album at the Grammys.

If you haven't yet listened to this album, or the rest of his discography, let this be your sign to give it a try.

You can catch him on tour next year, grab your tickets now!