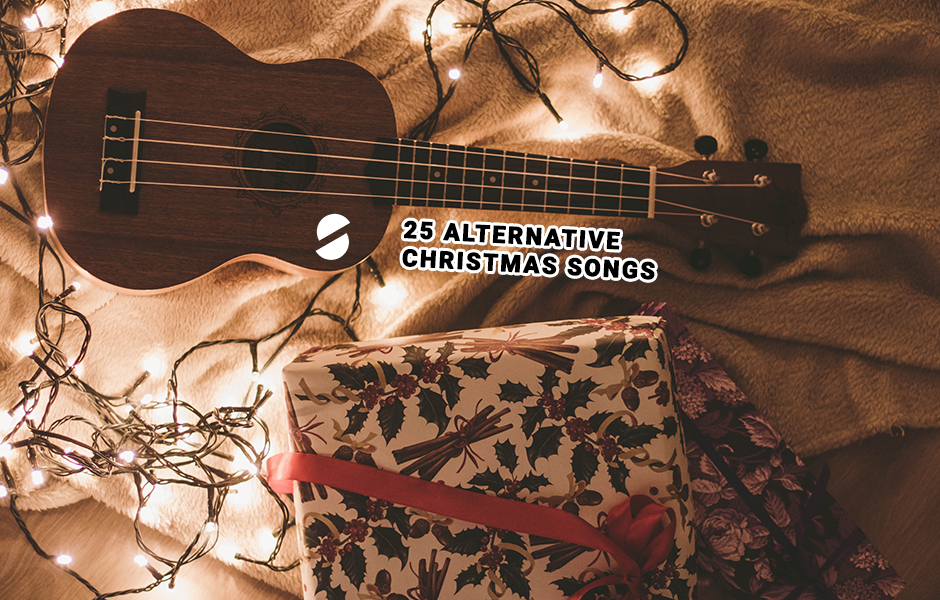 The most classic Christmas songs are nothing to be sniffed at. After all, they're classics for a reason. We're all partial to the melancholy musings of Wham!'s 'Last Christmas' and the jovial synths of 'Wonderful Christmastime' by Paul McCartney. But, if you're in the market for jazzing up your tired Christmas playlist, then look no further. We've collated 25 of our favourite alternative Christmas songs into one playlist, featuring the likes of The Killers, Wolf Alice, Blink-182, Phoebe Bridgers and Julian Casablancas.

Get well and truly stuck in to our alternative festive favourites, and liven up your Christmas celebrations this year.

In their final offering with founding member, vocalist and guitarist Tom Delonge, blink-182 released the 'Dogs Eating Dogs' EP in December 2012. In amongst this five track record was 'Boxing Day', a woeful track about the parting of a relationship during the holidays. Sure, it's not the liveliest track of the bunch but it's something that many of us can likely relate to during a season which can be as difficult as it is joyful. One of blink-182's many Christmas songs to date, 'Boxing Day' is by far the most reflective and... well, grown-up.

Julian Casablancas - I Wish It Was Christmas Today

It this song confirms anything about The Strokes' frontman, it's that Julian Casablancas must really, really love Christmas. Perhaps an indie-rock alternative to Wizzard's 'I Wish It Could Be Christmas Everyday', this original and upbeat festive number is not just a fun Christmas ditty, but a genuinely excellent and catchy song. It's impossible to not feel the festive spirit, so add it to your playlist - it will sit seamlessly with all the classics your relatives will no doubt be playing on repeat.

The unmistakable voice of Ben Gibbard pairs beautifully with this Christmas classic originally recorded by Darlene Love back in 1963. Only just this year released on streaming services for the first time, 'Christmas (Baby Please Come Home)' is a cherished classic, here given a modern twist and a new lease of life. While it's fresh and true to the sound we know and love from Death Cab For Cutie, the song remains loyal to the original and is a respectable and wholly enjoyable version.

In a session recorded especially for Spotify, modern icons Wolf Alice took a shot at an equally iconic Christmas track in 2017. 'Santa Baby' - originally recorded by Eartha Kitt back in 1953 - has seen a number of versions and re-recordings over the years. Tackled by the likes of Madonna, Kylie Minogue, Taylor Swift, Michael Bublé (who else?), Ariana Grande and Gwen Stefani, it's difficult to stand out from the crowd with a cover of such a well known song. However, Wolf Alice manage to make the song entirely their own, with a low-fi cover that feels intimate and delicate with that undeniable Wolf Alice twang.

Fall Out Boy - Yule Shoot Your Eye Out

This acoustic offering from pop-punk legends Fall Out Boy has all the makings of a perfect Christmas song. Sleigh bells, Christmas lists, resentment... So, it's not quite a cheerful number, and sits with the likes of other bitter Christmas songs that exist.  In fact, a few of them are on our list. But, I'm sure we've all been there once or twice. It's a sing-along classic for those who don't adhere to the classic view of yuletide cheer and merriment and is a great way to work through any angst you might have acquired during the festive season.

Check out the rest of our 25 favourite alternative Christmas songs on our Playlist!