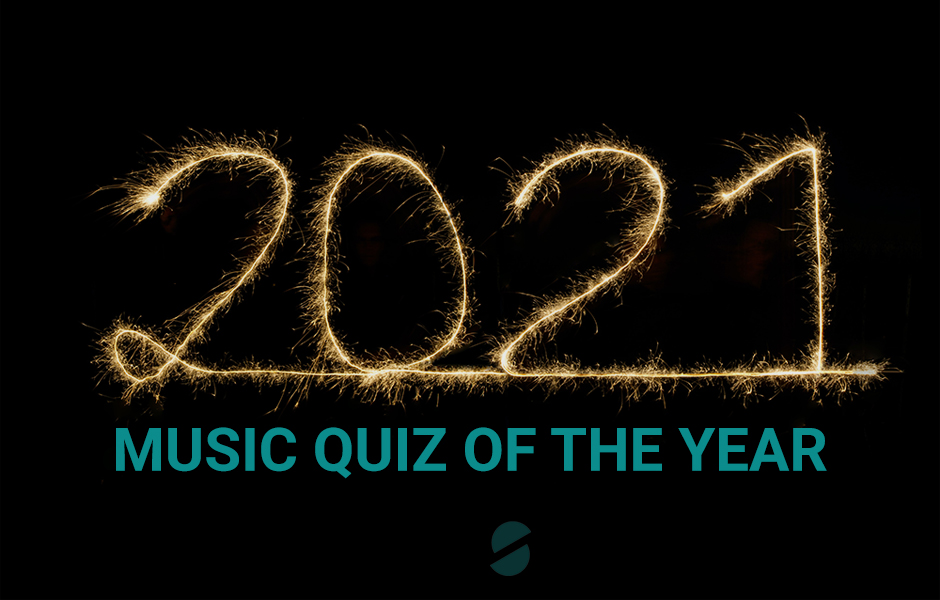 2021 has been a year with many highs and lows, but music has definitely been a constant for us all. There have been so many amazing songs, albums, artists and gigs to keep us going in such wild times! So to celebrate, we thought we'd test your knowledge of all things music in 2021.

#1. Which duo just released a Christmas song together?

#3. Charli XCX revealed her upcoming album 'CRASH' would be released in 2022. But which of these artists was NOT mentioned to feature on the album?

#4. Which of these artists was the Sunday headliner at Boardmasters festival 2021?

#5. Beyonce covered which iconic song for a Tiffany's & Co. advert which featured Jay Z and herself?

#6. Which artist caused controversy in April when they performed on American TV show SNL, smashing a guitar at the end of their set?

#7. Lil Nas X released an unusual line of footwear that resulted in a lawsuit with Nike. What was unusual about the shoes?

#8. On what TV show did Sam Fender appear hungover after the takeover of football team Newcastle United?

#9. Angels and Airwaves came out with their 6th studio album in September of this year. What was its title?

#10. Who directed the epic documentary series 'The Beatles: Get Back', released this year on Disney Plus?

#11. Who released their autobiography this year, titled ‘The Storyteller: Tales of Life and Music’?

#12. Which pop star was a new judge on America’s The Voice this year?

#13. Which 80s star teamed up with indie rock band Blossoms to perform songs of The Smiths?

#15. WILLOW teamed up with pop punk icon Travis Barker on the lead single from her newest album ‘lately i feel EVERYTHING’. What was the single’s title?

#16. Which of these male rappers did not release an album this year?

#17. Which iconic musician recently sold their entire music back catalogue to Sony for a reported $500 million?

#18. Which American rapper just graduated with a Bachelors degree in Health Administration?

#19. Which indie-pop icon returned with their third LP, ‘Solar Power’ this year?

#20. Who won the Mercury Prize back in July?

#21. Coldplay teamed up with which K-pop group on their track ‘My Universe’?

#22. 'FLOWERS for VASES / descansos’ was the second solo album of which vocalist?

There's room for improvement... get revising!

Photo by Moritz Knöringer on Unsplash