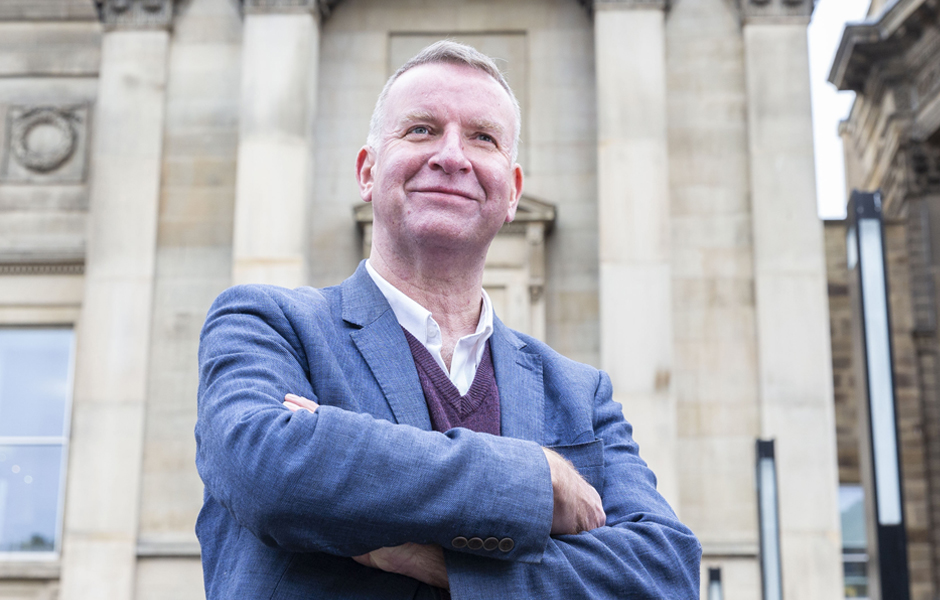 If you were asked to describe a gig venue, you'd be easily forgiven if a library didn't immediately spring to mind. For Stewart Parsons - director of Get It Loud In Libraries - the idea of turning fully functioning libraries across the country into live music spaces is something he has worked on for over a decade and a half. He was awarded the British Empire Medal in the 2021 end of year honours for his services to music and libraries, and has witnessed the likes of Adele, Florence Welch and Jessie J perform in unique surroundings.

We caught up with Mr Parsons to discuss how the idea first formed, what the future holds for Get It Loud In Libraries, and what their involvement in Independent Venue Week means for them.

Firstly – how did the idea of putting live music on in a functioning library come about?

I have worked in libraries for 35 years and was working as a music librarian in Lancaster Library looking to engage fresh audiences. Particularly 14 - 25s who consume pop music in all forms in such enthusiastic quantities. The combination of passionately wanting to subvert misconceptions about what a contemporary library represents to young people, a drive to create doorstep all ages venues for people who love live music but don't live on the conventional touring map, and a love for introducing new and emerging acts to new fan bases resulted in Get It Loud In Libraries being born in 2005. It increased the cultural capital of the library and created (in live music) a wholly fresh and exciting library resource. Creating doorstep gigs with future Grammy winners emerged from an everyday response to need really.

What has the reaction been like to the project, and has public opinion changed since the start?

People have responded with wonderful enthusiasm and gratitude. At first the local papers thought it was a joke as news emerged around April 1st. And some colleagues fretted about cigarettes and alcohol in the large print section but I was quite focussed on the mission statement and ethos of the project and made sure I brought people with me, and articulated what I was aiming to achieve.. I was convinced the programme would work - there are too many obvious wins for putting on live music in a safe, welcoming venue in a town starved of quality live music ( even now after 16 years and now funded by the Arts Council and Paul Hamlyn Foundation- we tend to avoid the major metropolitan areas as the shows carry more cultural weight in smaller, rurally isolated or slightly forgotten towns with no recognized live music venue). Bands love it - it makes a memorable change from the standard venue and the library offers a warm welcome. You get Florence Welch wandering round clutching a cup of herbal tea and browsing the books on Green Day - lovely.

In terms of the bands and artists you’ve worked with so far – is there something in particular you look for before booking them?

Hand on heart, most artists have been booked on the strength of those first few opening bars - I think you feel music in your stomach as much as your ears. From Adele to Fontaines D.C. - am I saying 'Oh wow; under my breath? If I am, I am visualising a library show. A common misperception is that, as a library, we focus on the folky, acoustic end of the musical spectrum when, in all honesty, the full on IDLES, Juliette Lewis energy shows are the ones that stick in the mind. Chrissie Hynde once said that there's only two kinds of music - good and bad. And that's stuck with me for years. So true. 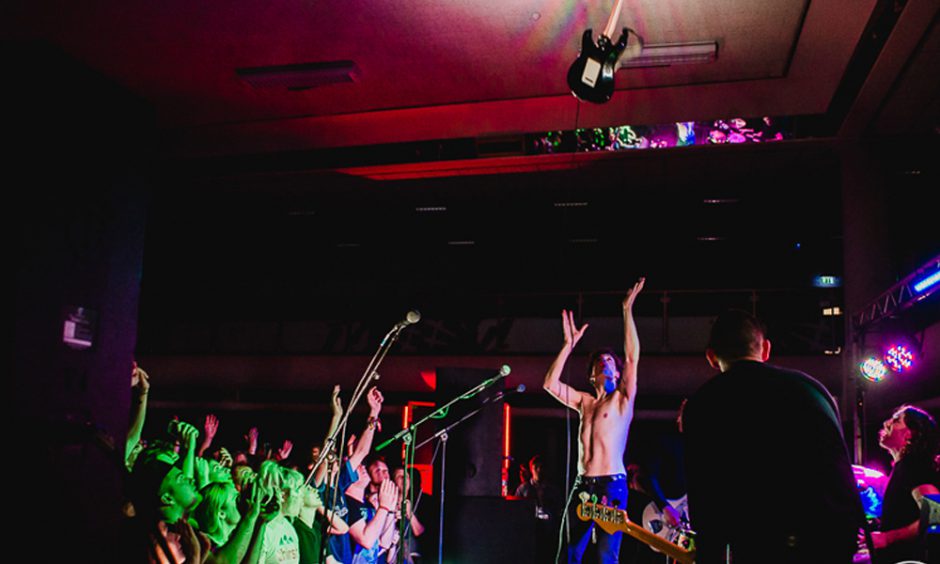 How vital is it to be an independent venue and have the ability to have your input valued throughout the whole process?

Independent Venue Week is invaluable in terms of promoting smaller venues. These are the important shows, for both artists and fans. And the promoters, organisers and venue owners can articulate that all the way through IVW. It's not Wembley Arena, it's much more important than that. I remember Baxter Dury playing Lancaster Library after supporting Noel Gallagher at Wembley. He mentioned to the crowd that he much preferred our show and got a massive round of applause. IVW focusses on the sheer roots of live music, bands cutting their teeth, first opportunities for fans to see artists - it's a giddy time and deserving of the celebration. The IVW team deserve all the credit they get - tireless, kind and generous-spirited.

What has been the most rewarding aspect of your role(s)?

Trusting my gut instincts and identifying artists I think our communities will like and working hard to confirm bookings is always a joy. When the lights go down and a cheer goes up for a band riding the crest of a wave in a library still gives goosebumps. You know you are among likeminded souls. Helping to put libraries on the map through great live music continues to be a real honour, and making people sit up and recognize the genuine power of libraries is a thrill. Also supporting talented young people to develop their skills and make progress in the music industry through our GILIL Academy is always super rewarding. Music education is terribly marginalised in schools so providing a platform for young people to learn and gain experience is very important for us. 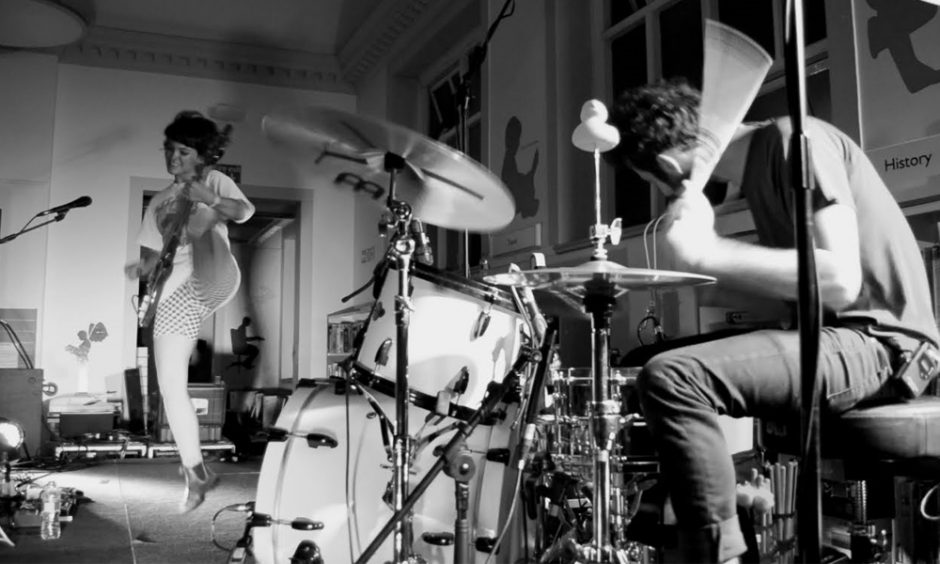 The importance of campaigns such as IVW has been highlighted more than ever – how does it feel to be a part of IVW 2022?

As ever if feels an honour to be involved - post lockdown live music and being with fellow music fans enjoying live music feels more important than ever. We have shows in Lancaster and Coventry Central Libraries and the meeting of community with live music and creative youth opportunity at the crossroads of the library feels as important as ever. Fingers crossed, the music will play.

What does the future hold for you – both short and long term?

We have a ton of shows launching in 2022 beginning with The Districts and Bess Atwell (IVW week) in Lancaster Library. We will be working on our Arts Council National Portfolio application in the new year to secure funding to deliver the shows for a good number of years to come, hopefully. Then we have an exciting live run in Scottish Libraries - from Stranraer to Rosyth - for which we are busy planning in partnership with Creative Scotland and The Skinny Magazine. We have a number of pencilled shows with some hotly touted acts for 2022 all up in the air, and our fingers are crossed for confirmations with those. So, we are trusting our gut instincts and musical ears, and committed to amplifying the nation's libraries in the most tuneful way imaginable. I will never tire of queues forming outside libraries. It genuinely brings a tear to my eye...