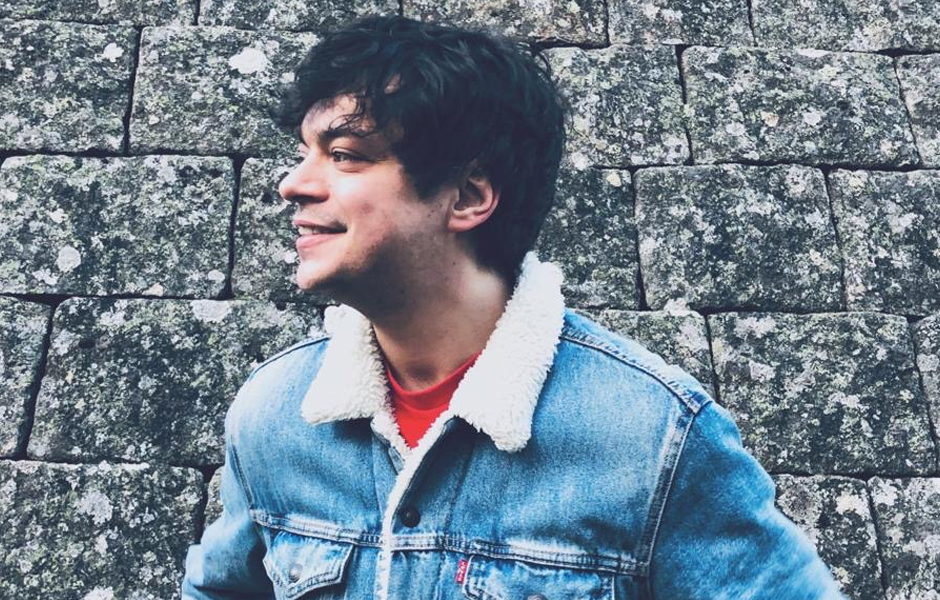 Back in 2006, Sam Duckworth unleashed 'The Chronicles of a Bohemian Teenager' onto the world. With relatable lyrics, incredibly DIY instrumentation and gripping tales throughout, it would go on to be one of the early-2000's seminal records and one that has stood the test of time.

A year later than originally planned, Duckworth will take the LP on tour under his Get Cape. Wear Cape. Fly alias this spring in celebration of its 15th anniversary - ahead of a performance at Black Deer Festival.

We caught up to discuss how his opinion of the record has changed over the years, what to expect from his live set and more!

Firstly, your debut album ‘The Chronicles of a Bohemian Teenager’ turned 15 years old in 2021! How did it feel to reach the milestone and look back on the past decade and a half?

It’s funny because 15 years has both flown by and felt like a whole lifetime. When Chronicles was recorded I was 19/20 - Facebook and Twitter didn’t exist, neither did YouTube, colour screens on mobile phones, Sky+ ... the list could go on. The same applies to technology, whilst we recorded the album on a computer, it took about 15 minutes to boot up and most things had to be done “to tape.” Touring was arranged on message boards and throughout an amazing community of punk/alternative people, that still exist today, only with greater scope and autonomy. My life has changed a lot and a little, I still hold hope in the power of people, but feel that politics has become more about sensationalism than it has about truth and justice. The media is kinder to young people and the language of being kind to our mental health is allowing greater accountability and more room to breathe. There is a generational excavation of history and a long overdue redress in the balance of power. Hope exists in different pockets, but ultimately, I’m still Sam, from Southend, working it out, out loud.

You’re taking the LP on tour in celebration – how has your attitude to the album and the songs from it changed over the years?

I hated it for a few years, I must admit. Maybe not so much the album, but the circus around it. It took years, therapy and a deep breathe to remember that it isn’t all bad. Some of the songs I’d be very proud to release tomorrow, most in fact. I’m incredibly touched that it has inspired people and become a part of the fabric of their lives, as many of my favourite records from that time, have to me. The songs have kind of taken on a life of their own since being recorded, evolving with both ability and technology. Ultimately though, it’s one of the most significant records of my life as a songwriter, the first and the one that allowed me to have many incredible experiences and meet many wonderful humans.

Will the shows be you playing the album from front to back, or do you mix it up a bit and throw some other favourites on the setlist?

Front to back. I think if you are touring an album in full, it’s best to press play and embrace the journey. We’re going to do the album live as well, no computers. That was always my dream to be honest. The laptop was a means to an end and became a bit of a cross to bear. I love the electronic influences and they will be there, only in the capable arms of human beings. I want the ability to be able to have it unique every night. With the full 'Chronicles' sound, but with room to loop sections, drop down and embrace the energy of the room. We’ll be starting the set with some songs from the catalogue and likely some brand new bits too.

Alongside the tour, you’re performing at Black Deer Festival in Summer 2022 – how do festival shows differ from headline slots for you?

Festivals are my first love when it comes to live music. There is something incredible that happens in a field, that is unparalleled. Community in action, the energy of a pop up musical village, the bombardment of sight and sound and the freedom to be yourself. A place of discovery and catching up with old favourites. Festival sets to me are about reading the energy of the festival and either turning the energy up to match, or toning it down to hold that line between day and night. Thankfully Get Cape… is built for the outdoors and there is scope on all the songs to do both. I cannot tell you how much I’ve missed them.

The likes of The Waterboys, Wilco and Jake Bugg are also performing across the weekend – is there anyone you’re hoping to catch while at the festival?

Wilco are my favourite band. I’ve never been on the same stage as them and I am overjoyed to be. I’ve waited a very long time for it. Ben Ottewell is the vocalist on one of my favourite ever albums, Bring it On, and his solo material is magic, I can’t wait to see him. Bess Attwell is a special artist, who I can’t wait to see live for the first time.

If money was no object, who would headline your ideal festival and why?

That is too difficult a question! The best artist I’ve seen headline a festival was Prince, at hop farm. Transcendent. Daft Punk at wireless was special, as were Paul Simon and Dolly Parton at Glastonbury. One of the perks of this job, is getting to see the best, be the best. The artist I would most like to see, if I had a time machine, is Felt Kuti.

Other than touring, what does 2022 have in store for you?

I’m currently putting the finishing touches to a new Get Cape… album, I’m not sure when it’s going to come out, but the finish line is in sight and I’m feeling good about the songs and the sound. I’ve also just finished making a record with the legendary Dele Sosimi, which will likely appear this year. A true honour and a joy to work with Dele and a proper mixture of sounds.

Remaining tickets to see Get Cape. Wear Cape. Fly perform 'The Chronicles of a Bohemian Teenager are on sale now:
Find Tickets