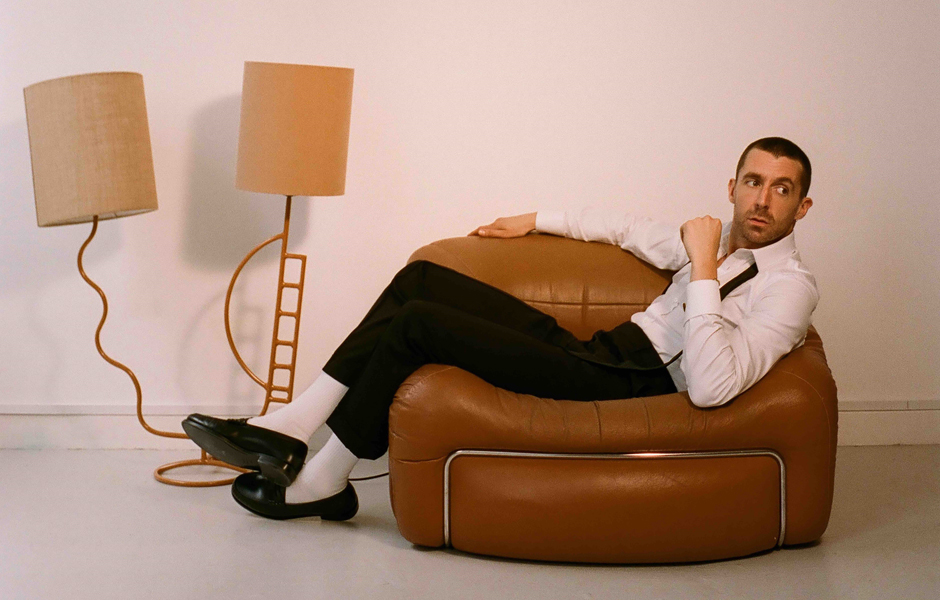 As one of the most impressive live acts the UK has seen in recent years, Miles Kane's showmanship has gained him a loyal following since the release of his debut album, 'Colour of the Trap' back in 2011.

Now, more than a decade on and three albums later, he returns with fourth LP, 'Change The Show', as well as a brand new tour scheduled for May 2022.

We caught up with the Wirral-born indie-icon to discuss how it feels to be back on the road meeting fans, how important spontaneity is when it comes to his live performances, and how a collaboration with Paul O'Grady's Lily Savage came about.

You’re fresh from a promo trail in support of ‘Change The Show’ which was released last week – how does it feel now you’ve come out of the other end?

It’s good! I’ve just been chilling because it’s been a mad week doing these in-stores and shows.

Your last album ‘Coup De Grace’ offered something different to your first two records. Do you feel like ‘Change The Show’ is a continuation of this, or from your perspective did you have to start again in a way?

Someone said to me it's four years since ‘Coup De Grace’ came out. It's mental. Four years seems forever ago, but then it sort of flew by. I think we were on pause because last year was still so uncertain as well. I think ideally January was the best time to release it because it was fresh, you know. New year, fresh start, new record. Let’s just do it and crack on really so that was always the plan.

You played a few in-stores and met some fans – is the general consensus that ‘Change The Show’ received the reception you’d hoped for?

This week has been amazing and I've loved playing acoustic and doing the little signings. All those fans that I met are real, genuine, hardcore fans and I feel the love from them. It’s a nice feeling to be honest, and the most important thing in all of this is making people feel good and enjoy my tunes.

You’re a pretty established artist now and don’t really ‘have’ to give up your time to do these kind of shows, but I think fans appreciate you doing so and taking selfies, having a chat, etc.

I don't want to take anything for granted, do you know what I mean? You know your career can be a roller coaster at times, so as long as I'm still doing it and there's an excitement there, that's all that matters to me.

I get a kick out of it as much as the fans do and it’s kind of like I don’t really see performing for the fans that want to see me as a struggle – if anything I’m kind of honoured if that makes sense? If I was into someone, I’d want them to just be the same as I am. It’s like the authentic mutual love for live music and getting out there and doing what you do; whether that’s a tiny show to fans that have bought my album, or a huge gig with a six-piece band that’s rocking.

You mention the new album there – from an artist’s point of view, how important is it to balance the setlist with tracks from it as well as pulling out ‘the hits’?

You have to do a couple of new tunes, obviously. But if you are just going to play a set of a brand-new album, that's pretty selfish. No matter how good the album is, I think just mixing it all up is the way to go. If I was a fan, that's what I'd want to see.

Your tour is taking place in May so fans will have had 4 or so months to digest it and be able to sing the words back. Surely it is more beneficial to wait until then to play a bulk of it?

Yeah, that’s definitely the case. On the tour I'll just be playing all the album. Haha only joking, but I’ll definitely do some of them. The upbeat ones are going to be amazing on the tour and then it’ll be nice to drop it down a bit for some slower moments with ‘Colour of the Trap’, ‘Coming of Age’ or Constantly’ from the new album. We’ll go on a bit of a journey and now there's plenty of tunes to play with.

It’s interesting to hear that you will change it up on a show-by-show basis – how important do you think spontaneity is when it comes to performing?

On my tour in May I think there will be six of us in the band, and then Holly who did the backing vocals on the album. There was this conversation of do we do it to track as well because most bands play to track now. That way you'd have the horns or whatever on track, but I was like ‘I don't want that and don't want it to be so regimented.’ That way you may not have a 12-piece brass band, but you can just do it in like a rock and roll version. You can speed it up, slow it down, you could jam out in the middle of a tune, and there's a freedom to it. Plus, it is all dependent on the night or the crowd - you can play with the atmosphere, rather than it being regimented to click and telling the band ‘this bit has got to be that long.’ I just like that freedom and a bit more of the raucousness.

The album features Corrine Bailey-Rae as well as a snippet from Paul O’Grady’s Lily Savage character – how did these collabs come about?

With The Paul O’Grady thing, I was just watching some Lily Savage interviews and I wanted to take a bit where what he talks about being topical. For some reason, in my mind, I was like this should be the opener to my new album. We took it off YouTube to stick it on the track and then it was kind of like we couldn't not have it on there, if that makes sense? It just felt so right and I'm a massive fan of his and I grew up watching Lily Savage and stuff - that humour is right up our alley, but when we went to get that sample, the BBC wanted quite a bit of money. So we contacted Paul’s team and it turned out he was a fan of mine so he just did it for us - we also had an amazing chat on the phone!

Was the process of recording ‘Change The Show’ difficult with restrictions being in place for I guess most of the writing and recording period?

I recorded the whole thing pretty quick. It took about three weeks and we just went in and did it. It was almost old-school! The hardest part is sorting all your songs to make the lyrics and arrangements work, but once that’s done and you know what sort of vibe you want, it’s pretty much done. We did almost live so it was almost like being in a band again.

The songs were already written and we were able to jam out for an hour or two to decide how fast it should be, and what sort of style or what kind of beat it should have. We got into this rhythm where the upbeat ones are sort of a Motown groove and my guitar tones were really thin. I didn't want any effects pedals or anything like that - I just wanted to like plug in, and just play, almost like a rhythm thing.

The actual making and the recording of the album was enjoyable, to be honest.

What else can we expect from Miles Kane across 2022?

I'm just going to decompress for a couple of days and then get ready for the tour. From March I’ll maybe start trying to write again. I'd love to get a new album written this year, so I'm going to sort of try and set myself a little goal or at least make a good dent in it.

Buy your tickets to see Miles Kane live in May 2022 now!
Find Tickets