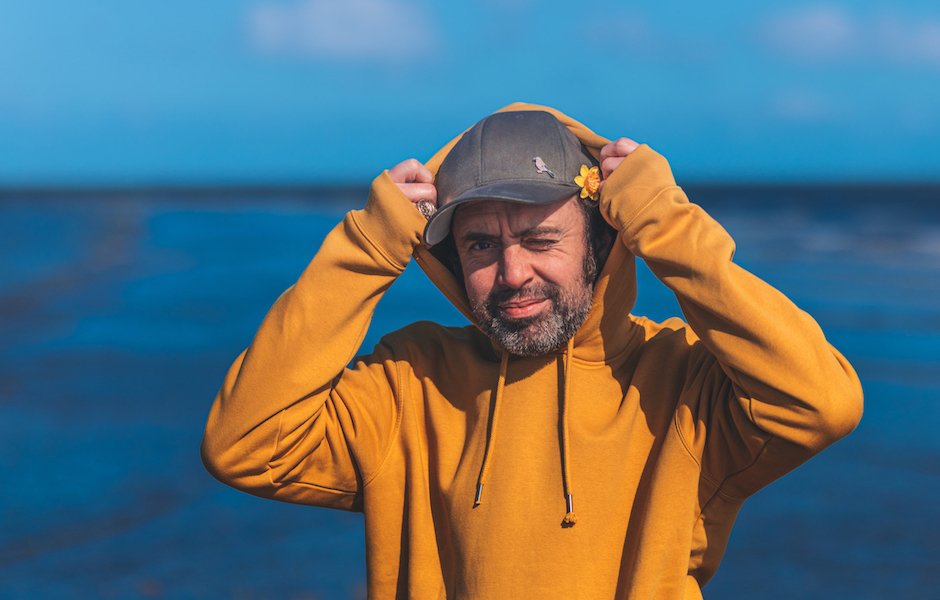 After returning in 2021 with his annual 1st December release, 'Survival of the Friendliest', Beans on Toast is set to embark on an extensive tour across the UK this week.

Kicking off with a show at The Zanzibar, Liverpool, we caught up with the well travelled and much loved musician to discuss what to expect from his live set, what it was like to team up with Mystery Jets to record the album and more!

Firstly, you’re heading out on tour later this month – how does it feel to be back on the road?

FEELS MOTHERFUCKING BRILLIANT!! I’ve been lucky enough to play a whole bunch of shows since the wheels have started turning again, and it’s a wonderful thing. I’m half tempted to say that there’s a whole new energy to the gigging experience, making it even more special. This tour I’ve got coming up is pretty much a list of my favourite venues up and down the country. I feel lucky, excited and ready to roll.

What do you miss most about touring when you’re at home?

The applause! Obviously, the old cliche is the truth; the best bit about touring is the time spent on stage, the rest you endure for that magic time. But in all honesty, I love pretty much all aspects of touring. I love the travel, visiting new places, meeting new people, hooking up with old friends, drinking in strange pubs, tourist hotspots, mental nights out, country walks. When I’m on the road I feel connected to the country and the people. I guess the time spent at home I missed that.

Your latest album, ‘Survival Of The Friendliest’, was released recently. Has the reception been what you’d hoped?

It was produced by Blaine Harrison of Mystery Jets – what was it like to work with him and see someone else’s point of view?

He’s the coolest dude I know. It was an honour to work with him. If people listening to the record feel the tiniest bit of the enjoyment and happiness we had creating it, then the whole project was a success.

In a similar way - after so long touring, writing, and recording; what has changed in recent years in terms of how you approach performing and crafting a record?

Not much, actually. I make every record in a different studio and with different musicians, so that makes each record have its own flavour! But for me personally, I have a formula and style that I stick to and it’s always worked for me - that's if it’s not broke, don’t fix it! I’d like to think the records get better because if you keep doing anything, you’ll get better at it. But I pride myself on my consistency rather than my ability to break down boundaries.

What advice would you give an emerging artist that is just starting out?

Concentrate on the songs - if the song is good enough, the rest should fall into place.

Similarly, what piece of advice has stuck with you throughout your career?

“Someone’s gotta be the first one on the dancefloor” - Pauline McAllister, 1990

Finally – what else can we expect from Beans on Toast across 2022?

Grab your tickets for Beans on Toast's headline tour here: