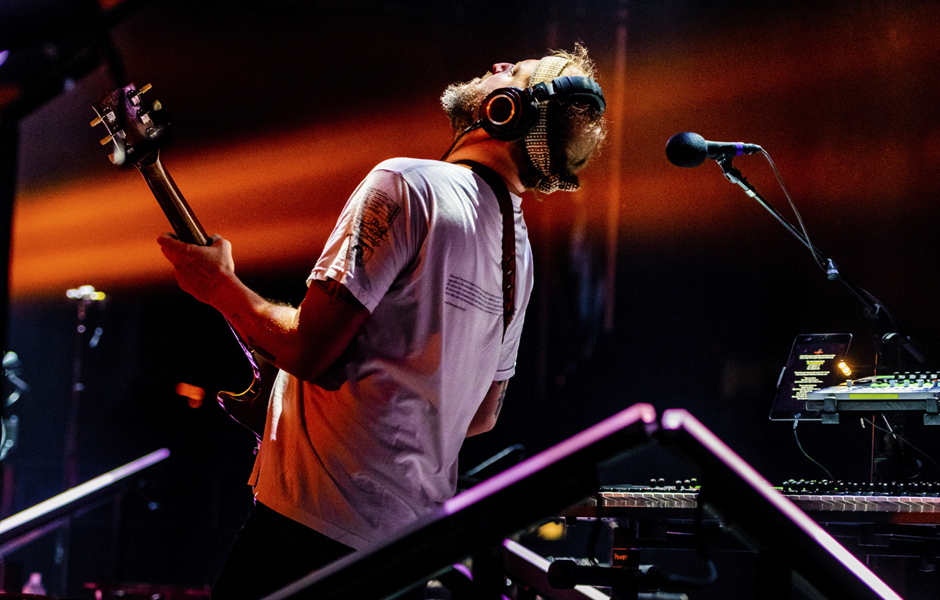 With a vast discography arcing from wintery-folk beginnings to electro-pitch-shifting masterpieces, Justin Vernon is an artist that has elegantly demonstrated how to develop soundscapes and stylings time and time again. His latest album under the Bon Iver moniker, 'i, i' was declared Best New Music by Pitchfork, given the five-star treatment by NME and landed itself towards the top of plenty of end-of-year lists back in 2019.

With a brand new tour set to take place across the UK and Europe this autumn, we've delved deep into the back catalogue of one of the most innovative musicians of the 21st century to compile our 'Deep Cuts.'

Taken from Bon Iver's eponymous second album, 'Hinnom, TX' is often an overlooked track on the album due to the sheer excellence of the rest of the album (for example 'Holocene' and 'Beth/Rest' to name just two). Regularly popping up on the setlist, it is not a song that has been discarded over the years and forgotten about - but rather one that has been allowed to subtly be introduced to audiences around the world sandwiched between more popular and more-listened-to Bon Iver releases.

2016's '22, A Million' was a huge turning point for Bon Iver's sound. Edging away from the indie-folk soundscapes we'd come to love from Justin Vernon and co., this album would signal the beginning of his electro and sample centric musical journey. Jam packed with samples from the likes of Sharon Van Etten ('Dsharpg), Willis S. Graham ('Morning'), Paolo Nutini ('Iron Sky') and Lonnie Holley ('All Rendered Truth'); we are treated to a glorious range of instruments, cryptic lyricism and crushing interludes giving an overall disorientating sound that is tied up so intrinsically that it works perfectly for '22, A Million'.

Released the day before 'i,i' could be heard in its entirety, 'Holyfields' kicks off with an intriguing pulsating intro and muffled vocals from Vernon. The high pitched choruses and pitch-bending instrumentation throughout offer an almost-spiritual listening experience and although 'Holyfields' is just over three minutes long, the twists and turns throughout take you on a journey and keeps you hooked for every single second. The gripping lyrical tales are reminiscent of his much earlier work where he relied only on storytelling, acoustic melodies and peaceful harmonies - and these nods to his previous releases result in Bon Iver fans returning to his latest offerings time and time again.

'For Emma, Forever Ago' is the debut album from Bon Iver and one that remains as incredible now fifteen years on as when it was released back in 2007. Recorded at his father's cabin in north-western Wisconsin, the themes of remoteness, loneliness and having to craft something using only the surrounding tools are evident throughout the record - and in 'Blindsided' the repeated "would you really rush out? offers the idea that Vernon would spend the entire three months secluded period doing the same thing over and over. Like 'Hinnom, TX', we don't think 'Blindsided' is a hidden gem or a secret Bon Iver track waiting to be unearthed - rather that it sits amongst very fine company alongside 'Skinny Love', 'The Wolves (Act I and II)' and 'Lump Sum' so doesn't always magnate to the limelight.

'Love More' is a track that originally featured on Sharon Van Etten's sophomore LP, 'Epic'. Justin Vernon has performed it on several occasions (including alongside The National's Aaron Dessner), but it is this version alongside Van Etten that we feel doesn't receive the praise it deserves. This highly emotive cover is taken from David Lynch's 'Festival of Disruption' and showcases two of the 21st century's finest songwriters and performers teaming up to complement each other's blissful vocals and a track that could so easily have been a single for either performer. We hope that they work together again in the not-too-distant-future!

Remaining tickets for Bon Iver's headline tour across October and November are on sale now - pick up your tickets here: