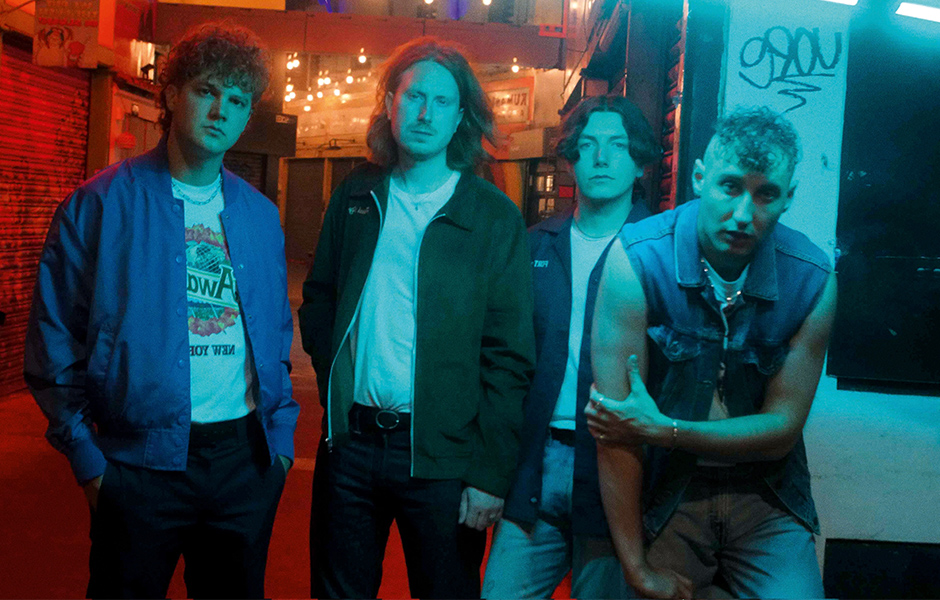 Hailing from London in 2015, Sea Girls are known for their indie anthems and dynamic live shows. They self-released their debut single ‘Call Me Out’ in 2017, alongside multiple EPs, before signing with Polydor Records in 2019.

Composed of Singer Henry Camamile, Guitarist Rory Young, Bassist Andrew Dawson, and Drummer Oli Khan, Sea Girls’ name came from a misheard lyric from a Nick Cave song, ‘Water's Edge’. Rory loved the song, but always sang the words as 'sea girls' instead of 'city girls', and it just happened to stick when they were thinking of a name for the band.

Sea Girls have announced that their brand-new album ‘Homesick’ is due to be released on Friday 25th March 2022. Following on from their UK Top three album, ‘Open Your Head’ in August 2020.

The first tasters off the album ‘Hometown’, ‘Again Again’, ‘Sick’, and the latest single ‘Lonely’ have proved to be instant hits, with ‘Sick’ being named one of BBC Radio 1’s Hottest Records by guest DJ Arlo Parks. Check out the new song ‘Lonely’ and its accompanying video below.

Most recently, Sea Girls have treated fans to the news that they will be heading on their biggest UK tour to date throughout November 2022. Don’t miss out!