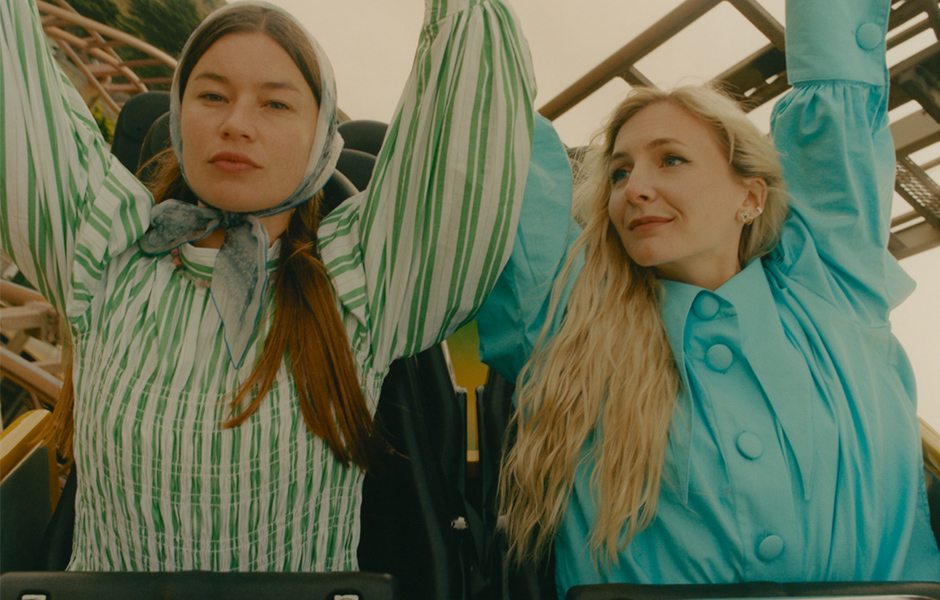 Wet Leg decided to start a band in 2018, after being friends for a decade since college. Since 2021 they have released five singles and are currently on everyone’s radar. So, what is it about the British indie band from the Isle of Wight that’s attracted so much attention? In the wake of their latest single - 'Angelica' - we’ve made them our Artist Spotlight this month to let you know exactly what they have to offer; and why you should grab a ticket to see them live in 2022.

Wet Leg was founded by Rhian Teasdale and Hester Chambers. Before they became a duo, Rhian had been trying out a solo career but being on tour got too lonely and she didn’t want to do it anymore. Still having some shows booked, Rhian asked Hester to come on stage to complete the run of shows. From there, the pair loved hanging out together and playing guitar - it was a pairing that stuck.

Perhaps most notable for their sharp lyrics, punchy guitars, and imaginative videos (from plaits and bonnets to Lobster claws). They've had support slots with Declan McKenna and Inhaler and have already built up a dedicated fanbase. For many, the duo arrived with a bang out of nowhere last summer. So far, they only have five songs but despite that, they’ve already appeared on Jools Holland's live music show, been named one of Vevo DSCVR's Artists to Watch 2022, and recently toured the UK in support of Independent Venue Week; for which they were this year’s ambassadors.

Signed with Indie giant Domino Recording Company, they released their debut single, ‘Chaise Longue’ on 15th June 2021 and garnered millions of streams and video views. Their second single, ‘Wet Dream’ was released on 28th September 2021 - both great releases in a short space of time. (We now want to watch Buffalo ’66, which before ‘Wet Dream’ we’d never heard of.) You can watch the video below.

Now, Wet Leg is set to release their self-titled debut album on 8th April 2022 ahead of their sold-out UK Tour which begins in Newcastle in April. Lucky for us, they’ve just announced a new tour for November 2022 which goes on sale Friday!

Set yourself a reminder here, you don’t want to miss out.