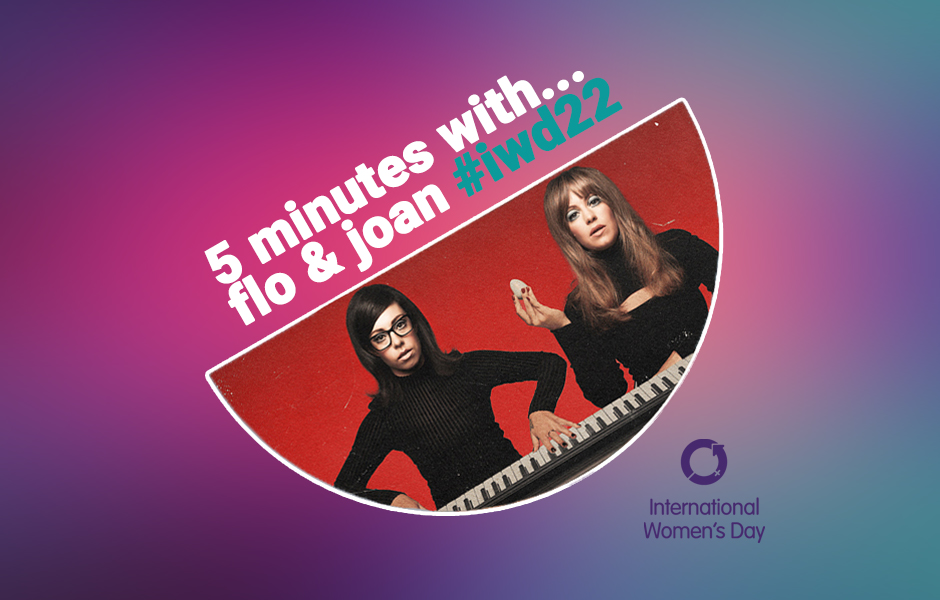 In the latest of our International Women's Day series, we spoke to English comedy music sister act Flo & Joan. The award-winning duo - Nicola and Rosie Dempsey, known professionally as Flo & Joan - have appeared all over our televisions for many years now, and more recently released their own hour-long comedy special on Amazon Prime. Their first dose of fame came in the form of their '2016 Song' which quickly went viral on social media. Since then, the pair have sold out shows all over the world and are currently out performing across the UK their brand new tour 'Sweet Release'.

We did our first gig in a black box theatre to ten people in the basement of a Shoppers Drugmart in Toronto then four years later did 'Live at the Apollo'. Easy really.

It’s really fun when you tell someone you’re a comedian and they say ‘tell me a joke’. I love that part.

We've been fortunate enough to do quite a few bucket-list ticks but up there would definitely be filming our special 'Alive on Stage' for Amazon back in 2019.

Certainly early on we felt that as women we were representing all female comedians, so if we sucked a bit at a gig then we’d ruined it for every other female on the bill and in the worldwide industry, and all musical comedians on top of that too. It’s great for the old mental health that.

We still get people who say mad shit like ‘I don’t usually like women but you were good’ or ‘I didn’t bring my husband because it would be too girly for him’ which is dumb, but now we just get on with what we’re doing regardless and let people come along for the ride if they want. Weirdly, when you remove the pressure of being the spokesperson for an entire gender our job is a lot more fun for us.

Don’t look sideways at what other people are doing, just concentrate on your own stuff. It will stop the meltdowns and paranoia and you can just get on with what you want to do (eating every possible Meal Deal combination through the UK’s supermarket and sandwich chains).

Stay under the radar for as long as possible so you can be crap for a long time and keep practising, whilst getting better without anyone noticing you. If you want to be extreme, move to another country and do it there. It worked for us.

It’s just a different point of view and experience. The same as a tall person has a different life view to a short person. It’s diversity of thought and opinion and life. And isn’t variety wonderful in all people? Humans are great. The defence rests.

What - if anything - do you think can be done to address the gender imbalance in live comedy, if you believe there is one?

There is one, and the solution is to book more non-male acts. And if you are booking us on a show, we do not count as two women on the bill, we are one collective woman act. Stop with the excuses that there weren’t any other non-males available. There were. There are. Be better.