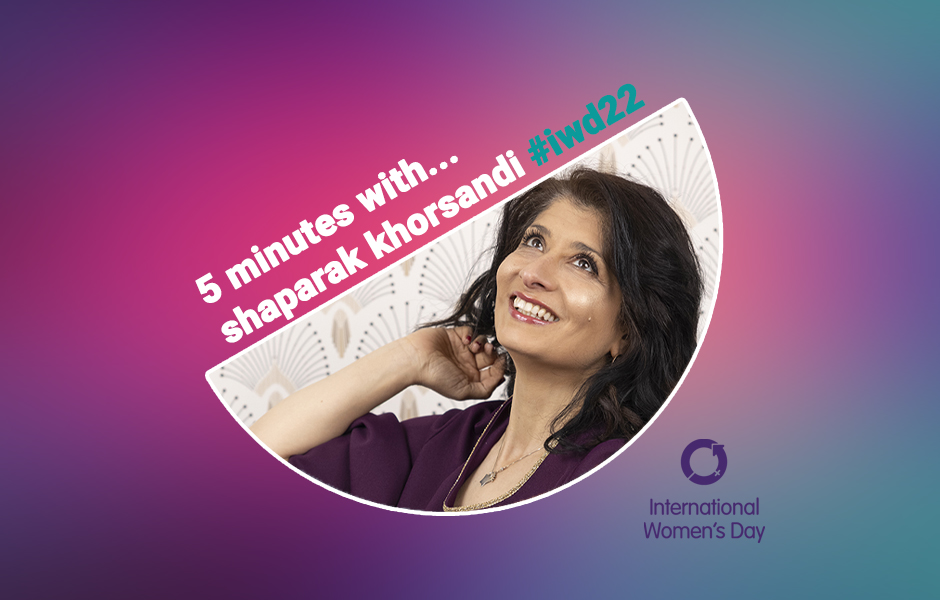 In the latest of our International Women's Day series, we spoke to comedian and author Shaparak Khorsandi. Currently in the midst of her UK tour, Shaparak is as at home on the live stage as she is on your televisions. She's appeared on the likes of '8 Out Of 10 Cats', Channel 4's 'Comedy Gala', and even spent some time in the jungle as part of 'I'm A Celebrity... Get Me Out Of Here!'. A regular at the Edinburgh Festival Fringe since 2000, Shaparak has been making us laugh for over 20 years.

I was obsessed with Rik Mayal and Alexei Sayle as a kid. In the 90s there were loads of comedy clubs everywhere. You could see Jo Brand and Al Murray in tiny clubs and it was the most exciting thing I could imagine. I never wanted to be away from comedy clubs. I started pestering promoters for five minute ‘open spots’ and went from there.

On tour, I love the actual show, the time I'm on stage and nothing else matters but the audience. No one can ask me for a biscuit. In the old days I loved the after-show boozing, but it gets to a point you have to either knock that on the head or have your kids taken into care.

My gig at Barnard Castle in County Durham the other day was pretty special. I had the best pre-show fish and chips there too.

With 90s audiences you got a great deal of ‘WHAT??? There’s a woman ON THE STAGE’ but you just plough on!

Confidence is everything and it can be faked.

Do up your laces and don’t be arrogant.

I’ve never been able to ask a male comedian ‘you got any tampons? I’ve just come on’.

I wouldn't say anything. I’d pat them on the head, tickle them under the chin and walk away.