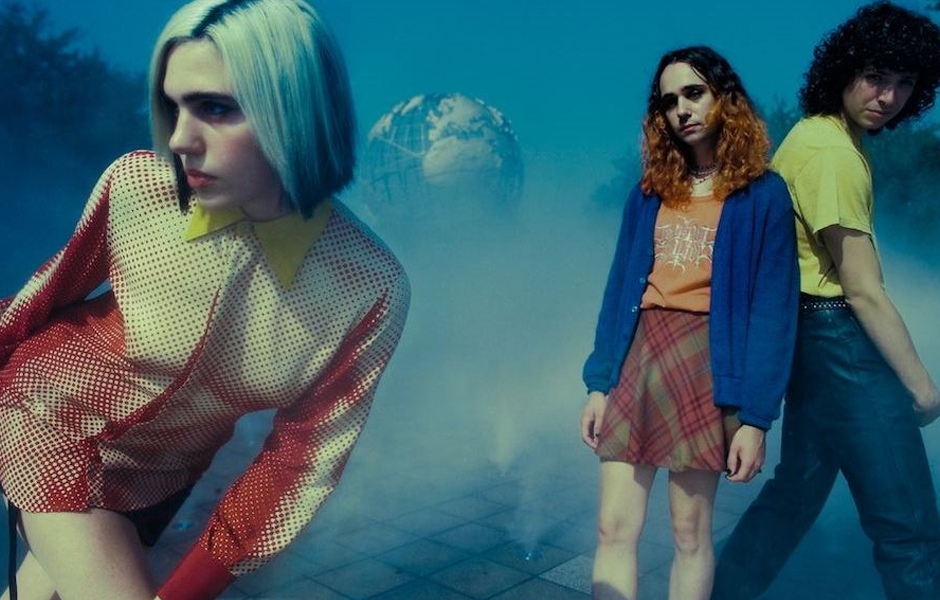 Now four years since their last record was released; we caught up with vocalist and bassist Julia Cummings and drummer Olive Faber to discuss what they've missed about tour, what to expect from the new LP and much more!

Firstly – you’re heading out across the UK later this month! How does it feel to be back and preparing to be on the road?

The UK is a second home for us. We have missed being there so much ... seeing new bands, playing festivals, just being a part of the energy there. Good music just radiates from the UK. It’s gonna be really great to see everyone again. - Julia

Unbelievable to be honest. Like I truly didn't know if we would ever tour again because of Covid, so it really feels like a blessing that we have the opportunity to travel and play our music now. - Olive

You’ll be playing at some iconic venues such as Brudenell Social Club in Leeds and Electric Ballroom in Camden – are there any venues or cities you really enjoy performing at?

I’m super excited for the Electric Ballroom, we haven’t been able to spend that much time in Camden either. It’s definitely a dream to play there.

I’m really excited to play Manchester. My mom grew up in Rochdale and always loved rock coming out of Manchester. It runs deep! - Olive

Is there anything in particular you’ve missed about touring – not necessarily about the music or performing side of things?

I’ve definitely missed the pace. It’s so nice to always have something to do, always being in a new place and meeting new people. It’s incredibly nomadic and fun. - Julia

We’re about 4 days into our US tour as I write this and I'm realizing how much I've missed travelling. Travelling by car in particular. In a car you get such a specific view point of wherever you are and always have the opportunity to explore places between destinations. - Olive

Your new record ‘Headful of Sugar’ is also set for release in May! That must be pretty exciting?

It’s very surreal. We were writing for so long and the fact that it’s actually going into the world is pretty special. - Julia

Yes! Could not be more excited. - Olive

What can we expect from the record – and did you approach it differently to ‘Twentytwo in Blue’ or ‘Human Ceremony’?

Our interests and ethos are always the same, but I think on this record we were able to say what we wanted to say in a stronger, more succinct way. We wanted to address heavier themes through the lens of small, everyday moments, very grounded in reality. We always use our surroundings to inform our music. - Julia

The biggest difference in approach from ‘twentytwo’ and ‘Human Ceremony’ is that we recorded the majority of this album ourselves over the course of like a year and a half. We’ve never had that much time or opportunity for creativity before. -Olive

Does it feel like four years have passed since your last record, or as a band do you feel like you’ve been sitting on new material for an eternity?

It definitely feels like a long time since we released music, but not in a bad way. I think the fact that we got to a point where we were never not writing and recording has made things less of a waiting game. Making music has kept us occupied. - Olive

What else will Sunflower Bean be getting up to across 2022 and beyond?

I think it’s impossible at this point in time to predict anything about 2022 and beyond, but I will say that we will keep making records and performing until we are physically unable! - Julia

For the most part we’re going to be touring as much as we can, while we can, but also like I said before we’re writing and recording all the time so keep your eyes and ears out for new music! - Olive

Tickets for Sunflower Bean's tour across March and April 2022 are on sale now!