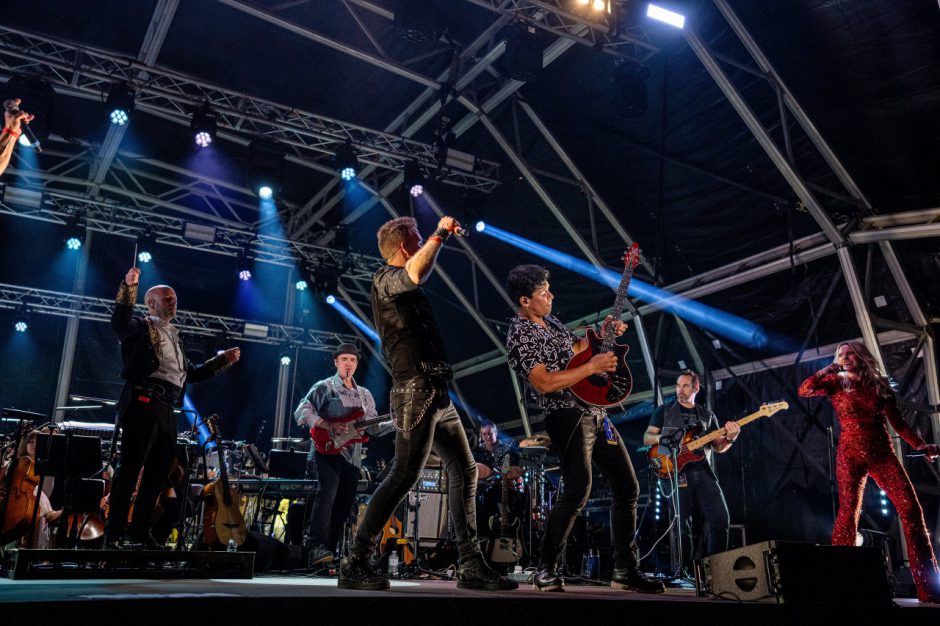 Queen Symphonic made up of four exceptional rock vocalists from We Will Rock You, a world class five-piece rock band and the magnificent The Heart of England Orchestra are back on the road honouring Queen’s greatest hits.

Their full symphonic arrangements with an added measure of rock are sure to make a colossal concert, Queens fans, and all, will remember. As they prepare to put on a spectacular show at Hatfield Park, later this year, we caught up with Richard Sidwell, orchestrator and conductor of the concerts to find out what Queen Symphonic is all about, touring and more.

Let’s start at the beginning – if someone has never heard of Queen Symphonic before – how did you come about?

I was approached by Bournemouth Symphony Orchestra back in 2007 to arrange a concert of Queen songs for 4 singers, a rock band and symphony orchestra. I did it without giving much thought to the future, but here we are, in 2022 busier than ever and having an absolute ball every time we perform.

If someone is thinking about booking to see your spectacular symphonic concert for the first time – what can they expect from a show?

First of all, they can expect a fantastic fun party night out, hearing many of Queens greatest songs. The rock band and singers perform as per Queen, and the symphony orchestra provides decoration and elegance on top. It certainly isn’t a classical version of Queen, it’s a high octane full blooded rock show, but the songs are so diverse and so rich, that they lend themselves brilliantly to performing with an orchestra.

You announced a huge UK tour and summer shows earlier this year, how are you feeling about this? You must be excited?

To be back on the road performing after the struggles of the last 2 years is magical. All artists and musicians are just so happy to be back doing what we love doing. I remember the first concert in Summer 2021 at Rewind Festival so well, it was very moving and incredibly emotional. And we think the audiences have missed it as much as we have! 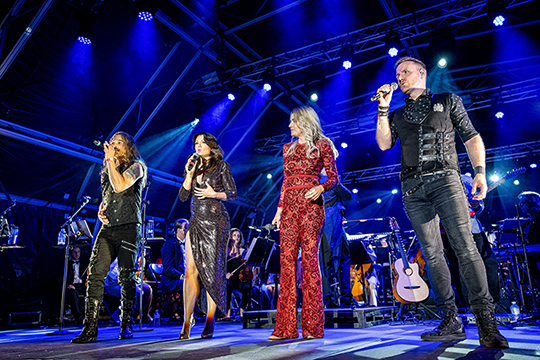 How has it felt performing to massive UK and Worldwide crowds and places like the Sydney Opera House?

A huge honour and a privilege! To perform these incredible timeless classics is magic. We travel with our UK singers and band, and perform with local orchestras wherever we are, from all over the world, it’s quite fascinating being in so many places and working with so many different musicians. Sydney Opera House with the Sydney Symphony Orchestra was particularly fabulous, a Bucket-List gig, we actually did 5 sell out shows there! A few other stand out venues we’ve performed at are Red Rocks in Colorado, The London Palladium and London Coliseum, The Odeon of Herodes Atticus in Athens underneath the Acropolis, and a floating stage in Byblos Harbour in the Lebanon.

You play such epic renditions of Queen hits, is there one song in particular that really captures the audience?

Well I couldn’t pinpoint one song really. But if you pushed me, I’d say 'The Show Must Go On', what an epic and inspiring song! But then so many songs mean so many things to different people. We also do 'Innuendo' which is orchestrally wonderful. 'Who Wants To Live Forever' is beautiful, and then 'Bohemian Rhapsody' of course, who can resist head banging to that! We even had the French Horn section of The Sydney Symphony Orchestra wearing Brian May wigs head banging to that on our last concert with them!

Is there one song you all enjoy playing?

As before, I couldn’t really pinpoint any of them, each song is great to play.

And, anything else at all you wanted to add? Any other 2022 plans we don’t know about yet?

We have various concerts around the UK this summer and a UK tour next spring. Due to the precarious nature of coming out of COVID, worldwide plans are still being shifted a bit. Our second 20 date French tour scheduled for Autumn 2020 is now happening in Spring 2023. We’re heading to Eastern Europe in May and June, Greece in September and have many shows still in planning, but we’re all so excited to be back and look forward to partying with our audiences this summer.

Get your tickets to see Queen Symphonic perform at Hatfield Park, on Saturday 6th August, now!