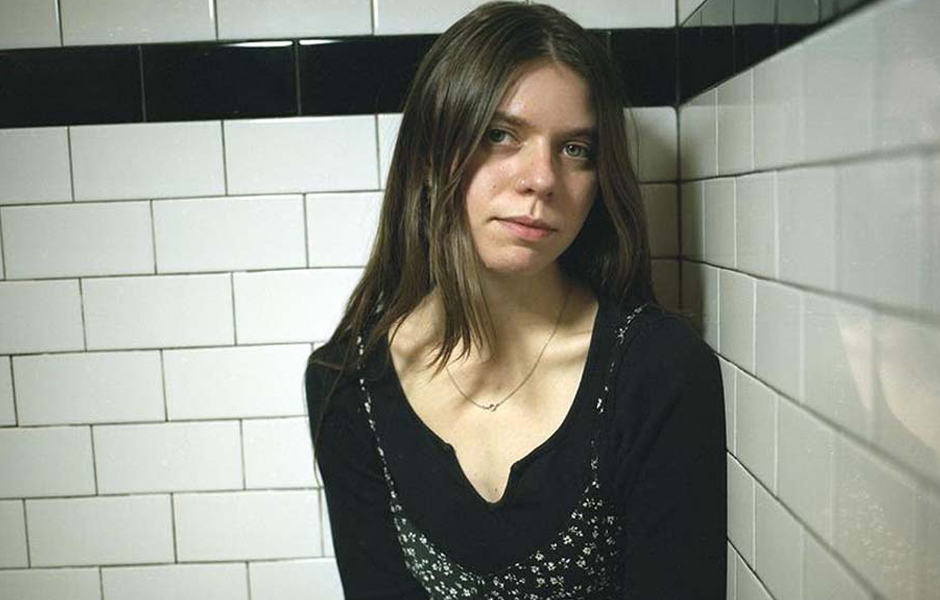 Coinciding with the release of her highly anticipated brand new record 'i don't know who needs to hear this', Tomberlin heads to the UK this month for what promises to be a run of awe-inspiring, intimate shows across the country.

We caught up with Tomberlin to talk about the memories from her first time in the UK, what it means to be part of Saddle Creek's future and more!

How are you feeling to be on your way back to the UK after three years away?

I am really excited and just happy to be playing shows again in general, but especially happy to be coming back to the UK. My last time was in 2019 and that was my first time ever coming to the UK and Europe and I think I played 28 shows in 31 days on that tour. It was a wild time and tough to process being in a different country even though it's not too dissimilar, but it was just a lot to absorb. I feel like I have a bit better footing to come back this time and I have more songs to share so it feels really exciting! I'm just happy to be asked back!!

Was there anything on the last tour in 2019 that stands out as a fond memory or something where you're like 'I never really thought I'd get to do this'?

Being at Brighton Beach was kind of weird because I've seen it so many times on films and TV shows. I also made a joke being in Bristol the night that I played there because I grew up watching the first few seasons of Skins! I really liked playing in Manchester and I had never listened to Oasis, but my tour manager was like 'you must listen to Oasis while we're driving to Manchester' - it was a funny way to listen to them for the first time because it represents the vibe of the city.

Do you find that inspiration comes to you more easily when you’re on tour and you find yourself making notes of stories to take back to the studio with you?

I usually write something in my phone notes about particular experiences, like when I was sat in a park in London before my show and a couple were sat right next to me making out I put something in there about feeling alone and exhausted. I guess I just kind of write every day, but I don't necessarily work on a song every day. I try to veer away from feeling like I need a moment to be a song because that feels very capitalistic where I can't just enjoy the beauty of this moment because I have to make it into like capital. Even though that's tempting, I try to be more present in the now but if something does spark when I’m not expecting it I’ll add it to my journal.

Your new record ‘i don’t know who needs to hear this’ is released later this month – what can we expect from it?

The album actually comes out a couple of shows into your UK tour – what can we expect from these performances setlist wise?

I’m not coming to the UK and Europe with a full band yet, but I think it’ll be a really cool way to present these songs because I did write them on an acoustic guitar so it’ll be a nice way to introduce them to the world. I hope the audience enjoy hearing them live for the first time and I will be asking the audience if they want to hear anything else from my catalogue because when I’m playing solo that’s what I love to do. I’ve practiced everything so although I have a setlist and will be trying to run through everything, because I’m not with a full band I can play songs that people want to hear.

‘i don’t know who needs to hear this’ is released via Saddle Creek – was there a pressure of sorts for your sound to fit their mould?

I've never felt a pressure for a Saddle Creek sound. I mean, they reached out to me because my first record ‘At Weddings’ was up on Bandcamp for a while. It was wild because I grew up very much a Bright Eyes fan so I knew Saddle Creek - I think maybe I would have felt more pressure to change what I was doing if I had sent demos out. They've really been pretty supportive of my journey as an artist and I'm very grateful for that. Now it's cool because I have been on the label for a while and they tell me that people who are reaching out to work with Saddle Creek keep mentioning my records and say it is a reason that they like art. I think Saddle Creek is entering a new era with artists such as Spirit of the Beehive, Indigo De Souza and their other new signings. All of these different people are bringing something different and shape shifting sounds to the future of the label.

Do you feel like over the past couple of years, listeners have dabbled in something new that they might not have discovered if they were still going out to live shows?

Yeah, definitely. I'm a big headphones listener and a full album listener, so sometimes a friend will send me a record they’ve finished and I'll say ‘I haven't listened to it yet because I don't like stopping and starting.’ I always say ‘they made this so it'd be sequenced in this way and listened to so I want to give it my full attention.’ I think that this has been a great time for people who aren't like that to maybe give it a shot and be really present when listening to a record. When I was sending ‘i don’t know who needs to hear this’ to the label I gave them strict instructions like ‘I can't make you do this, but I recommend good headphones or speakers and closing your eyes on your first listen.’ It was really cool that they gave that a shot because it's something different and not being distracted by your phone or the internet or whatever allows a new experience. I’m usually such a comfort listener so will go back to records from my early teen and formative years so having time to explore a bit more has definitely been positive.

Aside from the album and the tour, what else can we expect from you across 2022 and beyond?

I’ll be jumping into more tours and rehearsals then I’m pretty sure we’ll be back with a full band which is exciting! My hope is to just sink my teeth into the world and meet new people and play the album to people all over!