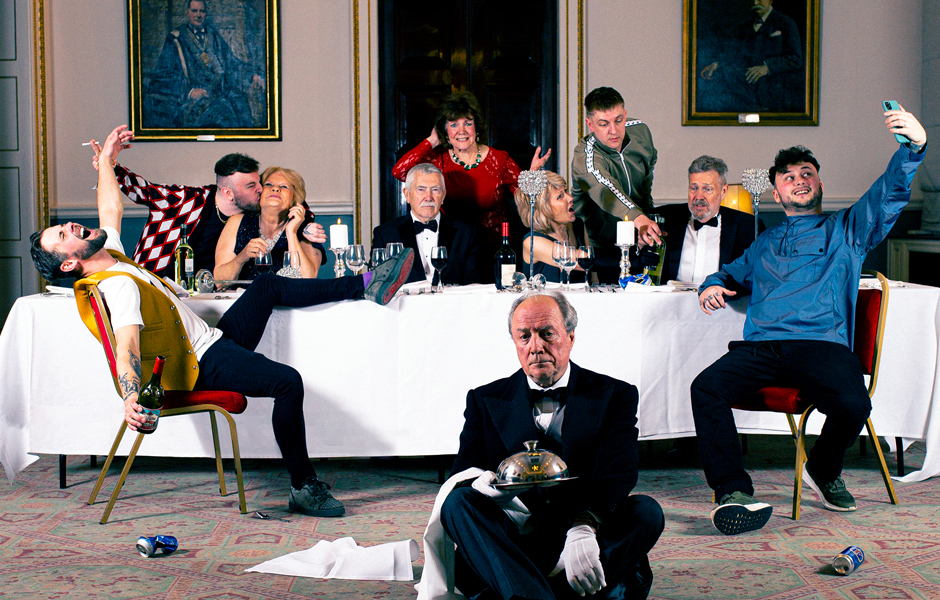 South Yorkshire favourites The Reytons launched themselves into the indie scene last year with the release of widely acclaimed debut album 'Kids Off The Estate'. Since then, they have took their raucous soundscapes to venues across the UK - including in front of a sold-out 5,000 strong crowd at Rotherham's impressive Magna!

Set to perform at the inaugural Meadowlands Festival this summer as well as a headline tour of their own, we caught up with the band to talk about what's happening right now!

Firstly – your live schedule across 2022 is insane! How does it feel to be spending much of the year on the road?

It’s mental to be fair! I don’t think any of us have really realised what we’ve got ourselves into! We’ve loved the tour we’ve literally just finished up, especially when we’ve been to places that we've never been to before. The reception you get in those places blows your mind. None of us had ever been to Belfast, but the crowd didn’t let us down and it knocks you for six when they all sing back every word.

As part of the tour you’re playing the first ever Meadowlands Festival in Nottingham – how does it feel to be part of the event?

It’s going to be amazing! I remember when we found out that we were supporting Gerry Cinnamon and to me that explodes my little brain. I remember busking in Sheffield city centre years ago, literally playing “Sometimes” for sandwich money when I’d spent the rest of my cash on nights in The Leadmill… To then go on and share the same stage as him and other bands like The Kooks is pretty surreal.

Do you consciously prepare differently for headline performances and festival slots, or is it just a case of doing your thing and doing it well?

We do the same kind of thing every time really - eat something bad for us, try to drink loads of brews and get ourselves in a zone. I’ve stopped throwing up as much before gigs now, but I can’t promise anything if it keeps getting bigger…

Your sound has been championed by everyone from Annie Mac and Jack Saunders at the BBC to John Kennedy at Radio X – is this attention and praise important and something as a band you have to be aware of?

It’s a weird one really. I think we were so used to never getting talked about by any mainstream radio or general press that we just did our own thing regardless and never looked back at it. When Jack Saunders picked up on what we were doing and started spinning us regularly on Radio 1 it was very surreal, and from that Annie Mac literally spelt out our name on her show! I grew up listening to and watching Annie as a kid so it is bizarre! I think the important thing to take from it for us is that it is dead nice to hear the praise and to hear your name being said on the radio, but at the end of the day it’s not the be all and end all. It’s about the people in the room singing your songs back and buying tickets to come and see you. As long as they come first everything else is a bonus.

There are some pretty iconic venues on your tour including Electric Ballroom in Camden, the O2 Ritz in Manchester and Barrowlands Ballroom in Glasgow – are there are venues in particular you’re looking forward to playing?

Yeah we’ve blagged our way up to some big boy venues this year haha! I’m personally really looking forward to Barrowlands… Whenever we play in Scotland it feels like a home away from home, Glasgow on this last tour was insane and with everything we've heard about the venue its safe to say its going to go off… I mean it’s made of neon for f**ks sake, look at it! That being said though there’s not a single gig I’m not buzzing for on this next tour, being out on the road is what it’s all about.

What else can we expect from The Reytons across 2022 and beyond?

Final tickets for Meadowlands Festival are on sale now.