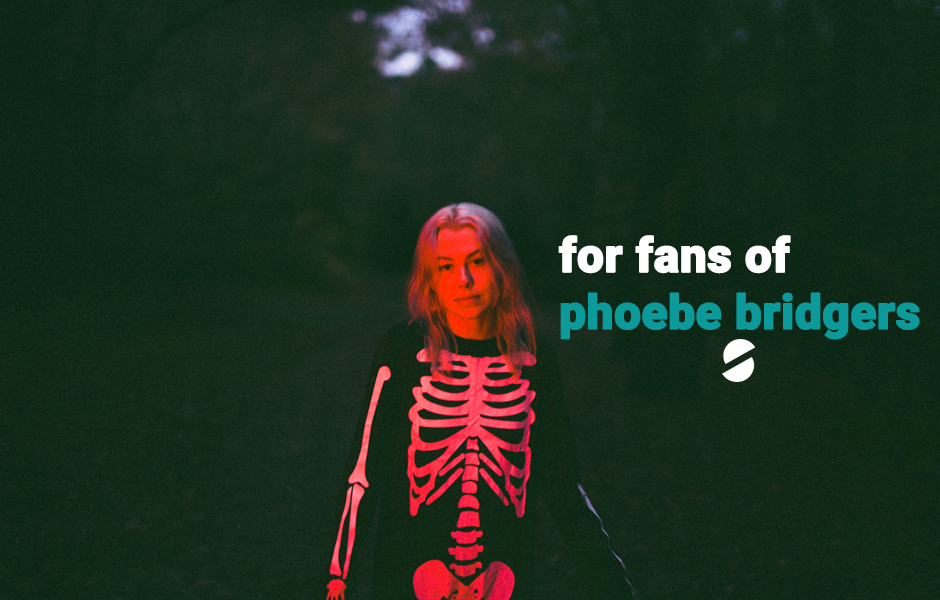 Phoebe Bridgers has been one of the big breakthrough artists of the past couple of years. With the pandemic hampering the release of hugely acclaimed second-album 'Punisher' in 2020, she has since toured across the world selling out shows and smashing guitars on Saturday Night Live in the process. This summer she returns to the UK for the first time since a mesmerising performance at MIRRORS Festival in London for a string of sold out performances.

Unsurprisingly selling out in seconds (you can still catch her headline the BBC Sounds Stage on Friday night at Latitude Festival - tickets available here), we've rounded up some artists we know you will also love that are playing live across the rest of 2022!

One third of the Boygenius trinity, Julien Baker returns to the UK later this month with a run of headline shows in support of latest album 'Little Oblivions'. Her third album ranked highly across 'end of year' lists at the end of 2021 and it brilliantly built on the solid foundations of debut release 'Sprained Ankle' and sophomore LP 'Turn Out The Lights'.

With support from Chicago indie rockers Ratboys on all dates, the tour is one of the highlights of 2022!

Final tickets are on sale now.

Recently penning an open letter about her love for Bon Iver's self-titled album, Phoebe Bridgers writes: "The second Bon Iver came out. It did not sound the way you expected. It was massive, sprawling, unbelievably complex." It is clear that Bon Iver's more folk-leaning music has heavily influenced Bridgers' career - especially on 'Stranger In The Alps' - and there are plenty of people already in the Venn diagram of Phoebe Bridgers fans and Bon Iver fans. Since developing his sound into the more electronic and experimental, Justin Vernon is one of the greatest songwriters and producers of a generation and we can't wait to see what his forthcoming live setup consists of.

With brand new album 'Sometimes, Forever' set for release on 24th June via Loma Vista, Soccer Mommy will coincide this launch with a UK headline tour throughout August and September. Latest single 'Unholy Affliction' sees Sophie Allison showcase exactly why she is deemed one of the most gifted songwriters making rock music right now. Her previous full length record, 'Color Theory' was nominated for a GRAMMY and gained rave reviews from the likes of Pitchfork, The Guardian and plenty more.

Tickets are flying out for Soccer Mommy's first UK shows since 2018. Secure yours here.

Lindsey Jordan - aka Snail Mail - released her second LP 'Valentine' to huge acclaim towards the end of 2021. Described as "dazzlingly sharp and passionate" by Pitchfork and "expertly curated" by NME, it was a huge return to form from one of the most exciting songwriters of a generation. Currently showcasing tracks from the album including 'Ben Franklin', 'Madonna' and the title-track on an extensive USA tour, we can't wait for Jordan to return to the UK next month!

You can hear hits from 'Valentine' live across the UK along with favourites from debut album 'Lush' and her 'Habit' EP this June! Final tickets on sale now.

The past couple of years have been monumental for Mitski. Announced as the support act for Harry Styles' huge outdoor performances this summer, the Japanese-American singer-songwriter then went on to sell out an intimate run of her own headline performances before releasing sixth album 'Laurel Hell' earlier this year. Since then she has announced further UK dates for next month - including a huge performance at Dreamland Margate for 'Leisure'.

Tickets are flying out for Mitski's shows - grab yours here before it is too late.