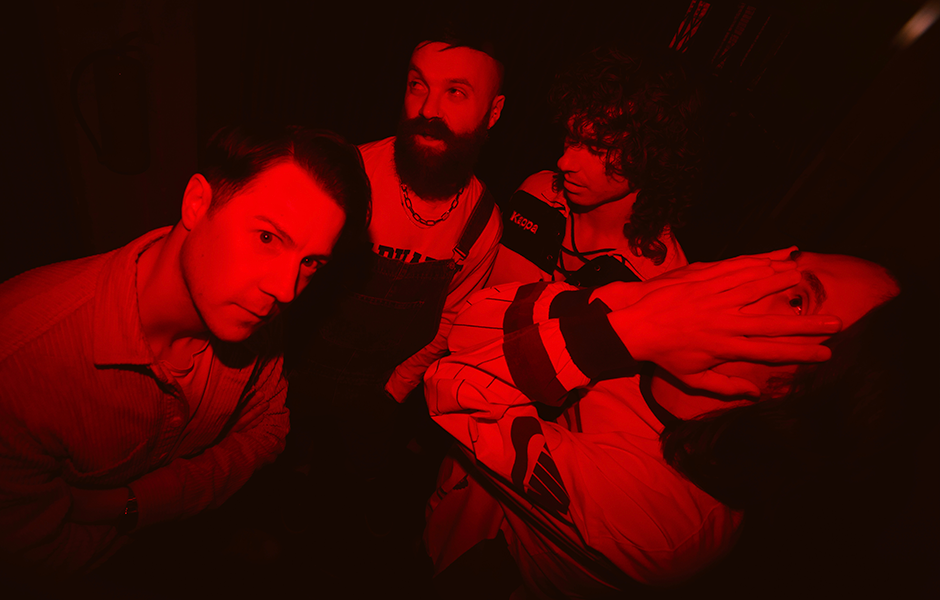 Don Broco have been consistently taking the rock scene by storm including performances at Reading and Leeds, Download Festival, Liverpool Sound City and headlining alt paradise Slam Dunk Festival. We've always had Don Broco as a consistent feature on our playlists, but following the announcement of their 'Amazing Things' tour to coincide with their latest album (also titled 'Amazing Things' funnily enough) we've been especially hooked to their distinct riffs and cheeky lyricism.

Come with us as we delve into their catalogue, discovering all the 'Deep Cuts' that make up their lesser known, but still just as golden discography.

Back In The Day

Coming in at track 8 of their debut album 'Priorities' is 'Back In The Day'. An aptly named track as this album somehow came out 10 years ago. 'Priorities' featured lead single of the same name, plus 'Whole Truth' and 'Hold On'. These were the tracks that introduced many people including myself to Don Broco and rightly so, but a listen through 'Back In The Day' proves this track is more than capable of hanging with the lead singles. A subdued verse and huge chorus make for a dynamic, and ever so classic Don Broco sound.

Let You Get Away

Jumping ahead an album to 'Automatic' we have 'Let You Get Away'. A poppier direction than it's predecessor with simple drums and reverberated guitars giving this song an almost 80s feel in the verses. Fitting for an album with neon and flashy white jeans on the cover. The chorus ramps things up graduating the 80s drum rhythm to the crash cymbal and introducing a vocal hook that guarantees it'll be living in your head rent free for the foreseeable future.

Got To Be You

Don Broco's third studio album 'Technology's lead single was 'Everybody', which was accompanied by an ever so bizarre cowboy wrangling music video, so it's understandable if that is what takes precedent in your mind when first getting into the album. But behind the lasso's and chaps is the criminally underrated 'Got To Be You'. Rob's voice shine's through here and Don Broco's many, many influences from old school post-hardcore, to 80s pop are all present and tied together with the classic Don Broco thread.

Coming off their newest album 'Amazing Things', Easter Sunday is a track that seems like it was written to be heard live. The live version, complete with orchestra and choir, dirty sounding guitars, and huge drums produce a cathartic, post-lockdown, let it all out track that we can't get enough of.

Throwing it all the way back to 2011 there's 'Beautiful Morning' off Don Broco's 'Big Fat Smile' EP. The band's alternative influences shine through very clearly in their earlier work and Beautiful Morning is no exception. Reminiscent of something You Me At Six might've released, yet with that strand of Don Broco DNA that carries through all their work from 'Thug Workout' to their latest 'Amazing Things' release. Matt's backing vocal hook here steps the song up into one that we wont be forgetting anytime soon.


Don Broco embark on their 'Amazing Things' tour in March 2023 as they're joined by Papa Roach and Dance Gavin Dance. Tickets are on sale now.