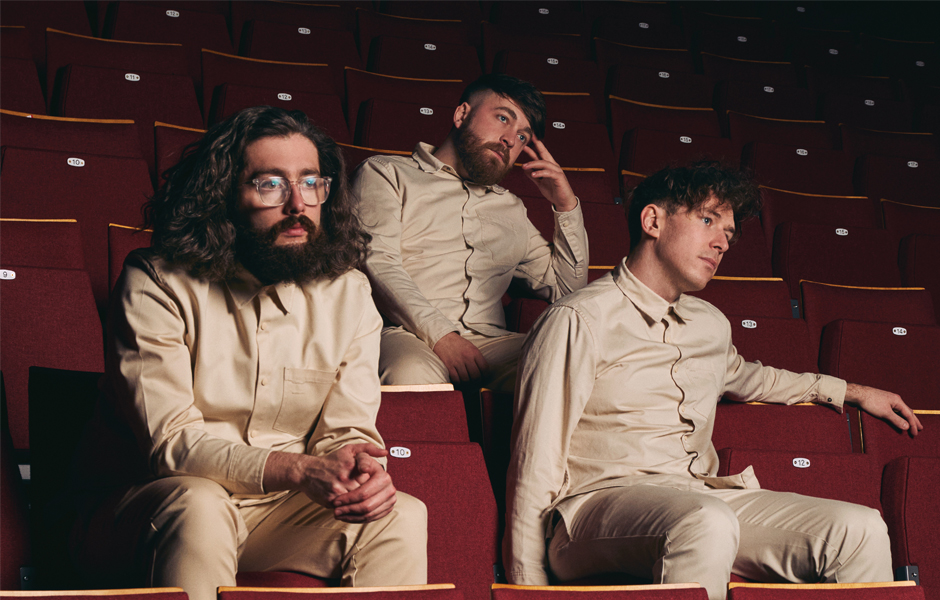 Scottish alt-rockers Fatherson returned earlier this year with sensational fourth LP 'Normal Fears'. To celebrate, the Kilmarnock formed trio are heading across the UK on an intimate run of shows - with the tour kicking off this week, we caught up with the band to discuss the album, what to expect from their live performances and more.

Firstly, you head back out on tour this month! How does it feel to be preparing for life on the road again?

We really can't wait! Rehearsals have started and we are working on putting together the best show we've ever played! We were lucky enough to tour at the end of 2021, but getting back out to support the new music without any lockdown restrictions is going to be really special. Bring on the sweaty rooms where we can all scream our hearts out!

Your new album ‘Normal Fears’ was released a little while ago – for anyone that still hasn't heard it, what can we expect from this release?

This record is definitely the most diverse record we have ever made. Musically we really pushed the boundary of what we wanted Fatherson to be. We have the euphoric moments that we really love making together when writing, but we also worked hard to make songs that matched the introspective moments of Ross' lyrics. We are so proud of this album!

From the early singles it came across as a bit of a mixed bag (in a good way!!) – did you tackle the creating approach differently this time around?

This record was made very differently compared to how we have done things in the past. We worked remotely throughout the first lockdown to get some songs written with the idea of finishing them off in the studio once the restrictions lifted. We ended up really enjoying space and control we had over the production and songwriting whilst working individually - the music we were making and the way our sound had progressed over those months really became the blueprint for 'Normal Fears'. When it was safe for us to get back into the studio together we worked really hard on making the album sound like "Fatherson" in the room whilst still writing new music and developing what we had. Once we decided all the songs were written and finished, we spent the next several months recording in studios all up and down the UK until 'Normal Fears' was finally finished. It was really refreshing to find a new way of working - sometimes getting pushed into a new situation without being properly prepared for it can bring out the best ideas!

With plenty of time for fans to give it a spin between release and the first show, will you be showcasing plenty of it on the live stage?

For sure, we really wanted people to have a few weeks to live with the record before we took it on the road. I can't tell you how many times I've discovered a new record and missed the tour by a day or two which is so frustrating! There are a few songs we hadn't released until 'Normal Fears' came out that we really can't wait to play in front of a room full of people - some songs just need to to be debuted live!

It is your fourth album – does this make curating a setlist that’ll both keep fans happy and keep things exciting for you a more difficult task?

Yes absolutely! Now rehearsals have properly started for the tour and we are working on setlists, it's proving tricky! We always try to strike a balance between older songs that we know the fans want to hear whilst still playing new music that's recently been released. It's getting harder with every new album though!

Is there anything else you like to do whilst on tour to entertain yourselves between shows?

We will always try to explore the cities we visit whilst on the road, eating in recommended restaurants and visiting local bars. We are also going to film some episodes of our series "Cooking with Fatherson" whilst on the road. Giving each other cooking challenges without a proper kitchen in venues should certainly pass the time!

What else is on the cards for Fatherson across the rest of 2022 and beyond?

We want to tour this album as much as we possibly can really! Lots of exciting things to be announced soon, so keep an eye out!

Final tickets are on sale now for Fatherson's UK tour - grab yours here before it is too late.