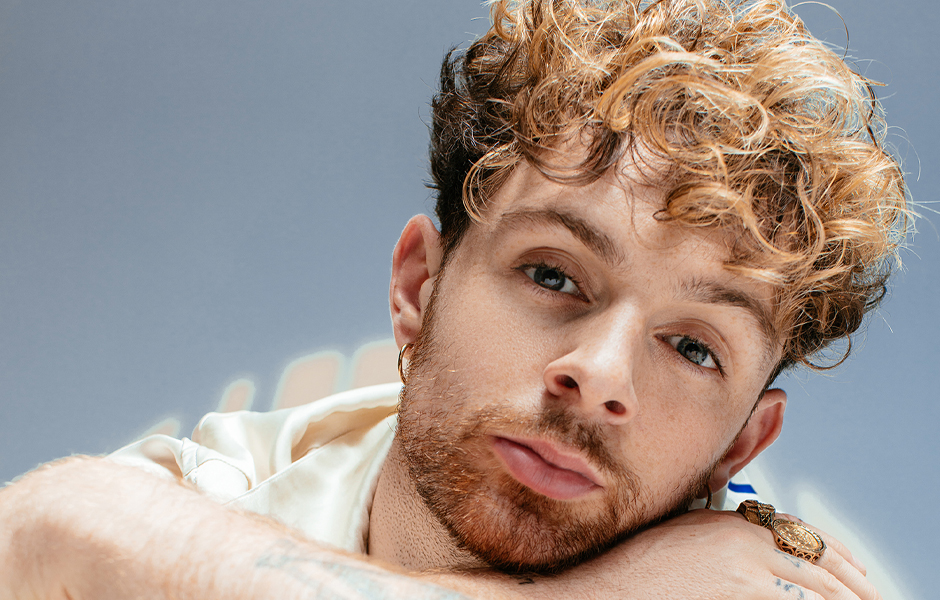 While Tom Grennan first came into the public spotlight as a guest vocalist on electronic duo Chase & Status’ track 'All Goes Wrong’, his own gritty-voiced mix of soulful pop and indie folk sound has given him a unique place in the industry. His debut album, ‘Lighting Matches’, released back in 2018 bagged him a number five spot on the UK Albums Charts, and his most recent offering, ‘Evering Road’ hit the number one position in the Album Charts.

Fresh off his US tour, we caught up with him to find out how he’s been doing, all about his appearances at Soccer Aid, his upcoming hometown gig at Bedford Park and more.

How does it feel to be back on the road, playing shows and touring?

It feels amazing being back on the road doing shows again. We’ve all been so disconnected from each other for so long finally seeing people back enjoying life again, it’s so good!! Live music is something that will never be beaten, and I miss it so much, so to be back on stage it’s the best.

What is your favourite part about being able to play live shows again?

My favourite part is seeing people enjoy themselves. When I first started gigging that’s why I did it, for that reason. Seeing people having a good time is what it’s all about. The energy you get from a crowd when you know everyone is on the same level is indescribable, I love it.

What do you get up to when you are not on stage on tour?

When I’m on tour I like to see things. I’ve just finished my American tour, so it was wicked to get to see some places I’ve never been to before and explore. I keep myself as fit as possible on tour as well it’s so important for me to do that.

How does to feel to have a huge homecoming date at Bedford Park this June as part of your tour?

Bedford Park is something I’ve been dreaming of I’m not gunna lie. I’m so proud of being from Bedford I think everyone feels the same if you’re from there, I don’t know why, you just are. But this isn’t my gig I feel like it’s all of ours. I know the town is so proud of me so it’s gunna be emotional for me but it’s a celebration and it’s gonna be the biggest show of my career so far. 100%!! I’m buzzzzin!

You’ve had an epic 12 months or so – from ‘Evering Road’ being Number One in the UK album charts to being nominated for BRIT awards, earlier this year – has there been one highlight that’s stood out the most from your career so far?

It’s been pretty mad but it has to be ‘Evering Road’ going to number 1. It was such a huge moment for me and one I’ll never forget but not only that, my fans got behind me so much and believed in me so much it was unreal.

Your roaring new single, ‘Remind Me’ was released earlier this year, what was the inspiration behind it and how would you describe the song?

‘Remind Me’ was a song that I wanted people to be transported back into a good memory and have that feeling of what it was like to meet someone you had seen for a while and be like ‘I miss you why did we disconnect? Let’s get back to how things were and try again’ or a place or a feeling that sparks a good memory.

A bit of a curveball question - you’re back as part of the Soccer Aid 2022 line-up – are you excited to be taking to the pitch again?

Soccer Aid is gunna be amazing to be a part of again, of course. To be part of something so huge is such an honour and obviously playing with, and against some of your heroes is mind blowing! I’ve got a lot to live up to now though because last year I did have the game of my life aha! But we’ll see how I get on with an England shirt on this time.

Finally, aside from touring, what else have you got planned for 2022?

2022 is looking good. I’ve got more music coming. I’ve finished my next album so really excited for people to hear it and a lot of summer festivals. Bedford Park is going to be the one though I honestly can’t wait it’s gunna be mad.

Grab your tickets to see Tom Grennan across the country now!