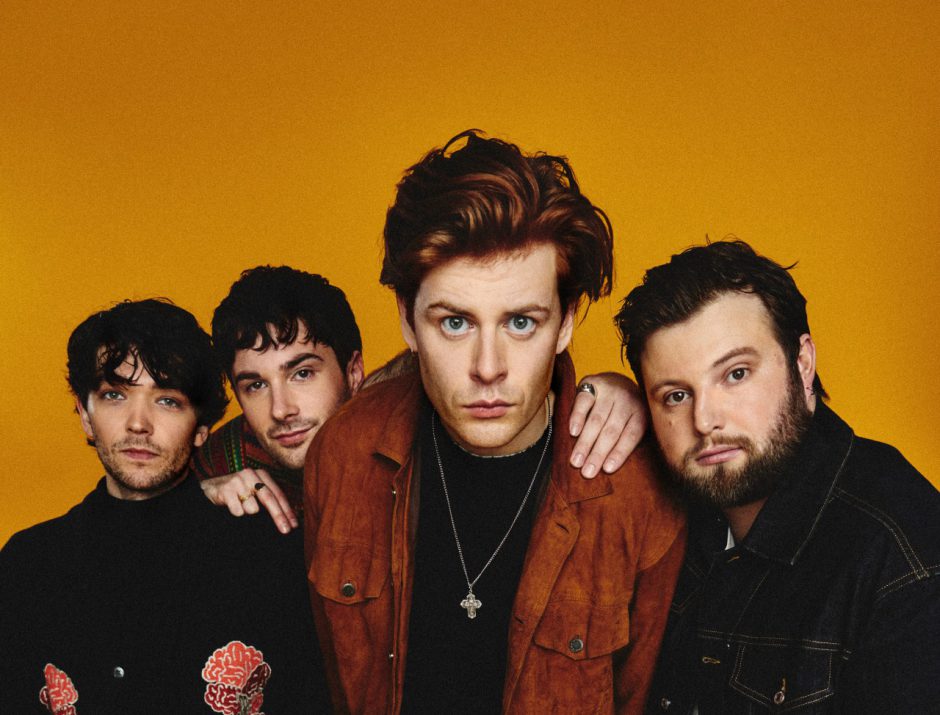 With two huge top 10 records and sold out shows across the globe, The Amazons are very much one of the UK’s most exciting rock bands and a name to know. The four piece – Matt Thomson (vocals/frontman), Chris Alderton (guitar), Elliot Briggs (bass) and Joe Emmett (drums) – first formed in Reading in September 2014, with Matt, Chris & Elliot having already been part of another band previous to the quad coming together.

After losing their drummer from this project, you could say they were on the lookout for a new one – step in Joe – who Matt and Elliot quite randomly met at Waitrose, where they worked. Nearly eight years on, the band have two studio albums with a third on the way, supported Royal Blood on their UK tour earlier this year and have an upcoming headline UK tour of their own, so it only seemed time that we shine the Artist Spotlight on them.

Coming from Reading, from the very beginning The Amazons have musically impressed crowds. With not a lot going on in Reading in the early days, the group have worked hard to make something happen, starting their careers with gigging in local Reading venues.

Currently signed to Fiction Records, the band have gone on a real journey with their music – with their self-titled debut album released in 2017, they quickly made their way onto many ‘artist to watch’ lists that year, and it’s clear to see why when you listen to the album.

Since then and in particular more recently, it has been an interesting couple of years for The Amazons with the pandemic and lockdowns. As their US tour came to an end, and the first UK lockdown began they thought they had their third album almost written but that quickly changed with the realisation that they wanted to take their music into a different direction. The band started out with a heavier and darker tone which in their upcoming album has turned into a lighter, more celebratory sound. Frontman Matt, himself has said on the album:

“I said to the boys, enough with the darkness. As cheesy as it sounds, I wanted to make music that was a force for good, after everything we’ve all been through. It’s easily our most joyous album - sonically we set out to celebrate the return of real life and the communal experience of being back at shows.”

As the band prepare for a summer packed with festival sets and their huge UK tour starting in October, we’re eagerly awaiting September 2nd so we can listen to their, what promises to be anthem-packed new album ‘How Will I Know If Heaven Will Find Me?'. And are even more excited to see what their tour brings!

For now though, we can all get our Amazons fix by listening to the latest single to drop from that upcoming album - 'Bloodrush.'

Make sure you don’t miss out on seeing The Amazons across the UK, later this year.