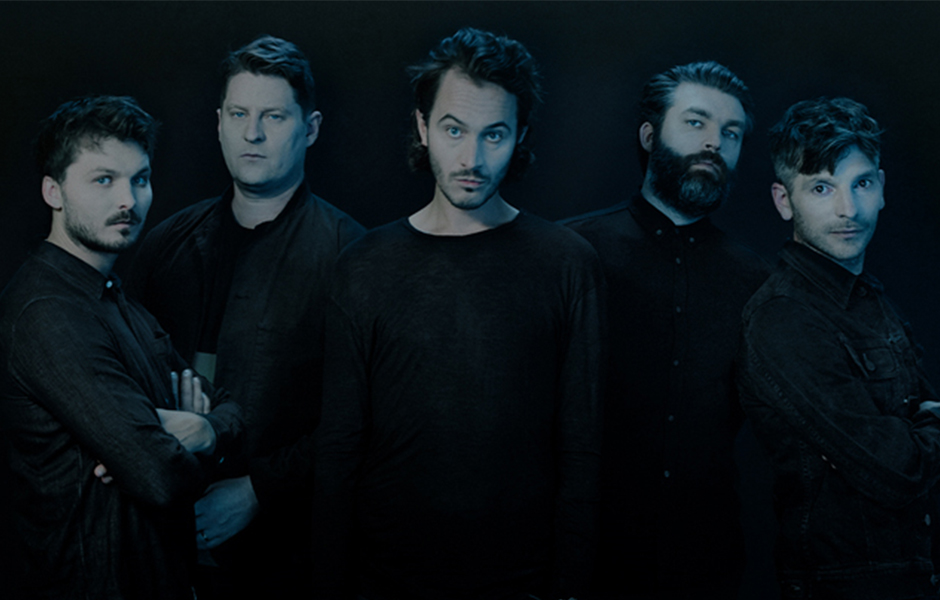 English rock band Editors formed in 2002 in Birmingham. They have spent the last decade and a bit releasing two Platinum-selling albums that have earned them an international following, eight UK Top 40 Singles, amassing over two million album sales worldwide. Now, they are back with new music, new artwork, a new member, and even maybe a new band TikTok…

Check out the full interview below!

Firstly, you are heading to Birmingham to play the Sonic Wave closing party – what can we expect from your performance there?
We haven’t been to the Forum yet, but we played it when it was the old Academy in Dale End with such incredible memories back in the day. Not only that, but we all saw countless bands having the absolute best time in that venue, so it should be a special return for us to a place with such energy.

Is curating a setlist to keep both yourselves and the fans happy a difficult process now you have so much material?
It's a bit of a challenge actually remembering what we have in our catalogue - the amount of times a big song accidentally gets missed off in rehearsals, only for the ‘oh yeah, we forgot about Smokers..’ conversation to happen just as we are about to head off for a show. It's all good though, if we dredge up a bit of a rare cut, there is always somebody in the audience who it’ll mean the world to. And you never know, maybe it’ll lead somebody new to search a little into our back catalogue and discover something they’ll love?

Your last ‘album’ was the ‘Black Gold’ greatest hits compilation. Was this nostalgia trip refreshing and did it allow you the chance to perhaps take a break from trying to force new material?
It was a good time for reflection. We were blessed to have the time to do it, and so very lucky to play such celebratory shows just before the pandemic kicked in and ruined so much for so many. It helps draw a line under that part of our career, and especially with a new member (Blanck Mass) and new trajectory for our 7th album coming up, we found the whole process quite cleansing.

What was the most surprising thing you found when revisiting the older material and the memories attached to them?
Loads of memories about the writing process and early shows back in Birmingham in the early 2000s. We all had full-time jobs, and were living in some hovel in Kings heath whilst spending all the hours either in the damp lock up rehearsing, or hanging and playing shows with other local bands such as Silversuit, Murdoch, Chester Road, the Twang etc. at The Flapper or The Jug. Just always totally busy, but such amazing moments.

Now you have new music on the horizon with ‘Heart Attack’ which is exciting – what are the next steps now for Editors?
So with Ben (Blanck Mass) joining us full time, you can expect a bit more of an industrial sound, with probably even more Gothy emotion coming to our music. This is going to be a heavy record, full of pace and its definitely pushing the rock buttons. It's right up my street!

As a band as successful as yourselves, what would be the one piece of advice you’d give to a band just starting out that wanted as much longevity as Editors?
Study your idols. See what they do (keep writing great songs probably, attach themselves to good people probably, tour extensively probably) and what they don’t do ( laze around thinking they’ve done enough and good things will just come to them) and copy that model. Add in your own style, sounds, vibe and melody that give YOU the most enjoyment enjoyment… And work harder obviously.

What else can we expect from you across the rest of 2022 and beyond?
Lots of new music, new artwork, new member, new venues to play, new fans maybe?, and a new band tiktok *

*which we will probably never use cos we are all now over 40.

Tickets are on sale now for Editors at Forum in Birmingham on the 5th of June 2022. Grab yours here before it is too late!