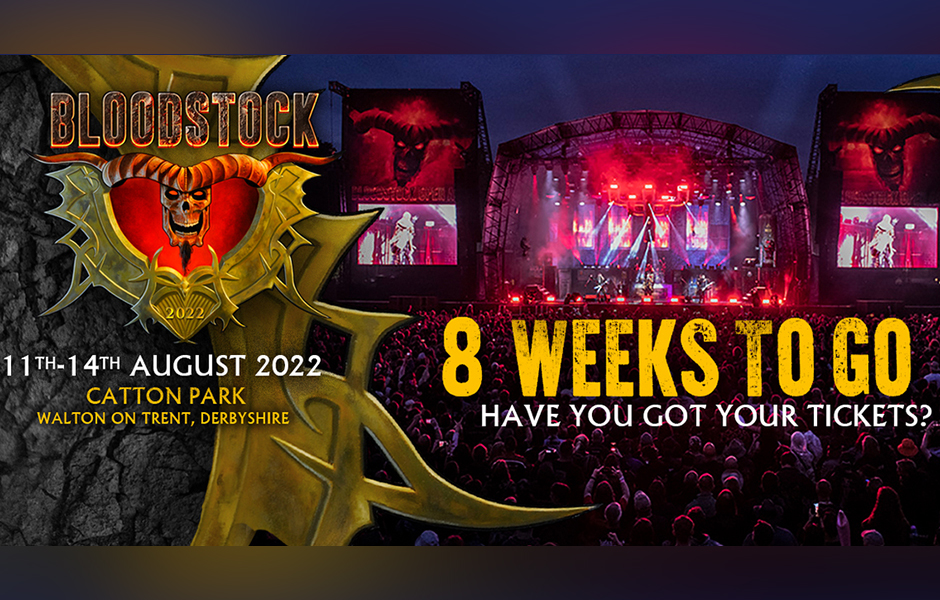 Get ready metalheads! There's less than eight weeks to go until Bloodstock descends upon Catton Park in Derbyshire once again, and the team at Bloodstock HQ are putting the final touches in place for the biggest celebration of metal the UK will see all year.

We're very excited to be back at the festival this August, and we were thrilled to hear about this year's instalment for the Rock and Metal Gallery, which always brings a unique element to Bloodstock Festival each year. Within the RAM Gallery, you'll get to see some incredible rock and metal inspired art, curated by festival founder and renowned fantasy artist Paul Raymond Gregory. Housed in a purpose built, professionally-lit marquee, the gallery acts as a focal point for a variety of artists, photographers, and other creatives. 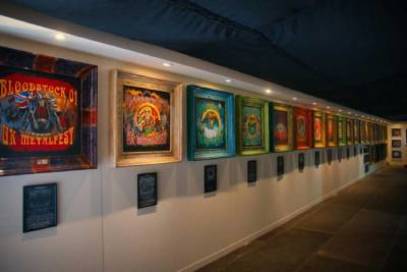 This year, there’s a special Iron Maiden theme, with illustrator Mark Wilkinson returning to display a range of his impressive work for the British metal icons across the years.  Maiden’s official photographer, John McMurtrie will also have a wall of his spectacular imagery, with a dozen shots from the ‘Legacy Of The Beast’ tour & a Bruce Dickinson ‘Trooper’ print, all authorised and approved by the band themselves.

If you want to own a little piece of this Maiden history for yourself, John McMurtrie is offering a massive 25% discount to all Bloodstock attendees who order a 20x16 inch pearl fibre, 310gsm GICLEE print at the festival. You’ll be able to scan the QR code next to the print you want, enter the discount code displayed, and the print will be shipped by special delivery to your home direct from John’s studio. So you don't have to worry about keeping it pristine in your tent all weekend!

In addition to the Iron Maiden extravaganza, you’ll be able to see Venom Prison’s latest album artwork, created by artist Eliran Kantor, who is back with some new works. We can’t wait to see what else he’s been creating!

The ever metal Krusher is bringing a few surprises from his lengthy ‘other’ career in art and design. Expect the unexpected!

3D artist Liam Brandon Murray has been working on some insane ideas for his amazing three dimensional works of art. Plus, the incredible throne you may have seen in the gallery last year will be making a return.

Legendary fantasy illustrator (and accomplished musician) Rodney Matthews also has a display dedicated to his iconic artwork. Through the years, Rodney has produced more than 600 colour illustrations which have been used on everything from posters and snowboards, to album covers for a range of bands including none other than Rick Wakeman, Asia, & Nazareth - and even concept art for The Magic Roundabout movie & children’s series Lavender Castle.

For the first time this year, Bloodstock is also including select works from a couple of the official festival photography team. Be sure to check out some wonderful images from Katja Ogrin and Steve Dempsey, whose work has been featured in many international rock publications, plus Bloodstock's own Rock Society photographer, Matt Negus. When they’re not shooting bands, they’ll be roaming Bloodstock to capture festival colour, shots of the crowd, and giving you a peek behind the scenes.

Grab a selfie with Bloodstock's history wall, featuring the festival’s art through the years, with each signed by many of the bands who performed that year, including the likes of Alice Cooper, Megadeth’s Dave Mustaine, Judas Priest, and many more. For a great memento, pick a year you attended!

Last but certainly not least the RAM Gallery’s iconic luthier Cynosure will return with three new  astonishing guitars. Two have been inspired & created specially for the Iron Maiden wall and one from this Rodney Matthews image - and you’ll be able to see the print displayed next to the guitar.

Bloodstock really is the ultimate festival destination for all metalheads, and in amongst the incredible line-up which features headliners Behemoth, Mercyful Fate and Lamb of God, you'll also be able to enjoy the likes of the RAM Gallery and so much more throughout the weekend.

Make sure you grab a ticket today, and you might even leave with some incredible artwork as a momento!