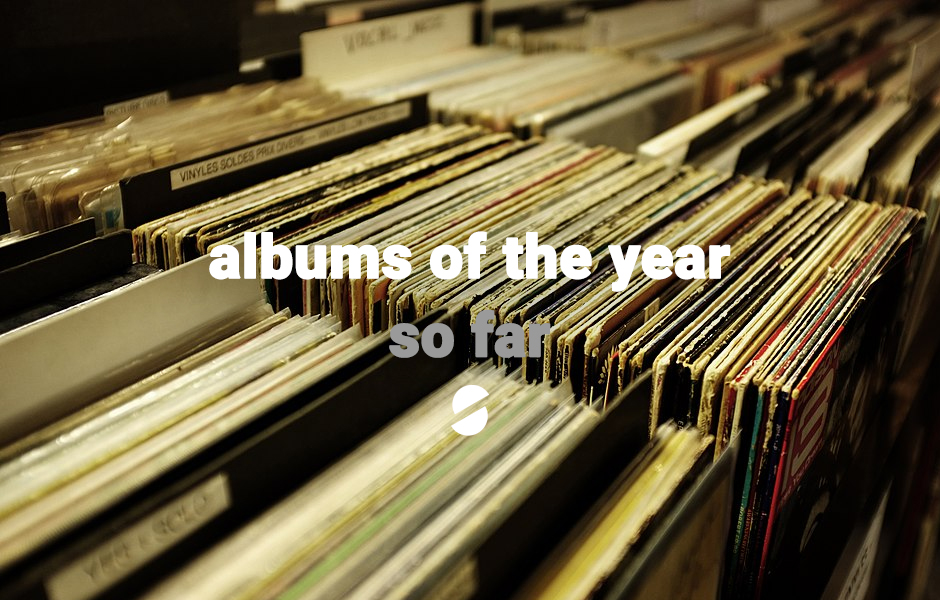 We're midway through 2022 and have already been blessed with a vast selection of brilliant albums from some of the most exciting artists in the world right now! From returning favourites such as Fontaines D.C. and State Champs, to breakthrough stars like Wet Leg and CMAT dropping outstanding debuts, our 'album of the year' list is going to be tough come December.

We've collated a few of our favourites that will take something special to be beaten! Check out our list so far below.

Isle of Wight duo Wet Leg are undoubtedly one of the biggest acts of 2022. Their eponymous debut LP dropped earlier this year and was praised by endless publications including DIY (5/5, "there’s an indefinable sparkle to everything Wet Leg do - the sort of effortless magic that can allow those few indie bands with the golden touch"), NME (5/5, "an instant classic debut that justifies the hype") and The Guardian (4/5, "they’ve ensured their debut album is well worth hearing – again and again and again") and helped to sell out a huge tour later this year! Since it dropped in April we've had the album on repeat - this is a very strong contender for album of the year, not just here at See Tickets but no doubt across the UK and beyond.

Ahead of his highly anticipated headline slot on Glastonbury's Pyramid Stage this summer, rap icon Kendrick Lamar returned in May with fifth album 'Mr. Morale & the Big Steppers' to huge plaudits. With a flawless discography already under his belt, the pressure to replicate the brilliance of 'Damn' and 'To Pimp a Butterfly' was huge, but the Compton born artist delivered. Pitchfork called it "ambitious, impressive, and a bit unwieldy", The Guardian gave it the five-star treatment and NME heaped praise on Lamar, writing "Kendrick has become a reference for all in the rap game on how to make seminal music and how to carry yourself while doing it."

CMAT's debut offering 'If My Wife New I'd Be Dead' perfectly blends tones of indie-pop with country-rock underpinnings to create a unique sound that we cannot get enough of. Although Dolly Parton and Katy Perry are referenced as CMAT's most important influences, there are no predictable sounds across the album and the Dublin native instead uses witty lyricism to create gripping narratives throughout. All Music write "the home-brewed spectacle of this album makes it easy to visualize CMAT tackling bigger stages in the future" and we honestly can't disagree with that statement. This winter she'll be performing across the UK - make sure you don't miss out on these shows!

Via debut album 'Dogrel' and follow-up 'A Hero's Death', Irish post-rock favourites Fontaines D.C. have developed into one of the biggest and most exciting bands of recent years. With the release of third full length effort 'Skinty Fia' they have found themselves with a well-rounded development from their grittier early material into perfectly polished arena-filling soundscapes - Rolling Stone branded it "their best album yet" and the more we listen to it, the harder it becomes to disagree. This album was recorded live to tape in two weeks so the live performances will undoubtedly be incredible - find out for yourself and pick up tickets while you can.

After more than a decade as the flag bearers of pop-punk, State Champs returned earlier this year with their fourth album which includes features from Neck Deep's Ben Barlow, Four Year Strong as Act Like This. Not needing to cling onto their iconic sound to remain relevant, State Champs have subtly moved with the times and across 'Kings of the New Age' they sound as refreshing as when their debut LP, 'The Finer Things', dropped almost ten years ago. The New York formed favourites toured last month and we've got our fingers crossed that they return to the UK soon!

Check out our playlist below to find some other notable mentions including Charli XCX, The Smile, FKA Twigs and more! Which albums are we missing from our list? Let us know on social media!